As one of the largest language departments in the country, the Department of World Languages & Cultures at the University of Utah offers 21 languages, eight majors and 12 minors. Now, after a groundbreaking restructuring and expansion of their comparative literary and cultural studies degree, the department will introduce seven new options to better meet the needs and interests of more students in fall 2022. Called the World Languages & Cultures B.A., it will include six emphases that focus on advanced language study (comparative literature, Arabic, Italian, Korean, Persian and Portuguese) and one (cultural studies) that allows students to study global topics in English.

“All paths through this innovative degree share a significant engagement with comparison and analysis across diverse cultures,” said Christopher Lewis, chair of the Department of World Languages & Cultures. “The major cultivates the essential societal and leadership skills of critical thinking, analytical writing, communication and intercultural awareness that are so valuable to students’ future careers—especially for those interested in international work.”

The cultural studies emphasis is unique among the other new tracks in that it doesn’t require advanced language acquisition. Lewis characterizes it as “a multi-disciplinary approach with a focus on world literature and cultures outside the English-speaking world.” The curriculum can adapt to a student’s interests and goals, with course offerings that feature world literature taught in translation, anthropology, communication, film, gender and ethnic studies, history and philosophy.

Before this restructuring, in order to successfully major in comparative literature and cultural studies, students had to come to the U with substantial foreign language skills. According to Lewis, “this made completing the degree difficult —and in some cases, impossible—for transfer students or those from high schools with few language options. This pathway is an exciting new opportunity for them to study global topics in-depth.”

The new emphases in Arabic, Italian, Korean, Persian and Portuguese combine all the benefits of specialization in these linguistic and cultural areas in the target language with the added advantage of comparative coursework in English.

The revised comparative literature emphasis largely resembles the previous version of the major, focusing on the advanced study of more than one language and culture in the target language.

For more information about each emphasis, please visit languages.utah.edu. Students interested in pursuing the major in any of the seven emphases should contact a department advisor at wlc-advising@utah.edu. 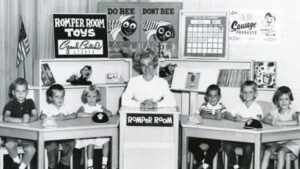