The University of Utah today announced the retirement of its Police Chief and Director of Public Safety Dale Brophy. Brophy joined the university’s Department of Public Safety in 2013 as deputy chief of police and was named director and chief of police in 2015. Brophy’s 25-year career in law enforcement began in 1994 with the West Valley City Police Department where he served as a patrol officer, detective, sergeant and lieutenant.

In an email to the university’s Department of Public Safety distributed today, Brophy wrote “After 25 years in law enforcement, I have decided to retire and pursue other opportunities. I will serve my last day as the director of public safety here at the university on Oct. 15, 2019. This has not been an easy decision, but the timing is right. This move will open a new chapter for me and provide the department an opportunity to continue forward under new leadership.”

A national search will be conducted to fill the position. 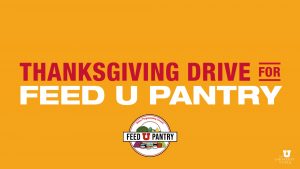