CAUSE AN EFFECT FUNDRAISER 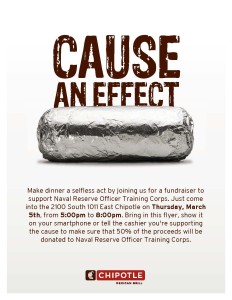 Come to the 2100 S. 1011 East Chipotle on Thursday, March 5 from 5-8 p.m. Bring in this flyer, show it on your smartphone or tell the cashier you’re supporting the cause to make sure that 50 percent of the proceeds will be donated to Naval Reserve Officer Training Corps.

University of Utah students are invited to apply for the Flosum 2015 Scholarship. This is a new $750 scholarship award open to students pursuing or intending to pursue their bachelor’s degree in the fields of computer engineering, computer science or in another technical discipline such as electrical engineering, physics or mathematics, with an interest in the field of computer science. 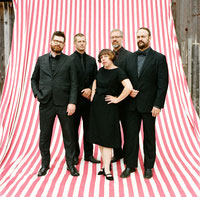 As spring weather hits early in Salt Lake City, Red Butte Garden announces the first five shows for the 2015 Outdoor Concert Series, which will be held in May and early June.

Tickets for the following five performances are on sale now:

Six students who met through their involvement in the Business Scholar program —five of them freshmen, comprised the winning team called Crimson 6. The six students, Cason Acor, Luke Freedom Hansen, Paxton Klein, Andres Lancheros, David Sagae and Kira Wachter, spent about 20 hours working together and at least that many hours preparing on their own in the two weeks they were given.

The team now advances to the national competition, held in Denver on April 23-24.