Read more blog posts from the McCluskey Center for Violence Prevention at violenceprevention.utah.edu.

When I was growing up, my mom was very paranoid. What made this worse was her love for the TV channel Investigation Discovery. This channel aired episode after episode of women after women being brutally murdered, with a splash of paranormal stories to break it up. When someone would bring up the morbidity of her obsession, she would reply that “it was simply research on how to stay alive.” In her mind, every episode offered a new possibility of the dangers her child could be faced with at any time. The lessons she learned from this research became an instruction manual for me to live by. At first, this meant keeping an eye out for a White-Vanned Candy Man. As I got older, it meant never going out alone. Today, it means watching out for people on TRAX that sit a little too close for comfort. All these have one idea in common: that it has always been, and still is, my responsibility to be on high alert for strangers who may have questionable intentions. Though it is true that harm can come from strangers, focusing our attention solely on the people outside our social circles prevents us from recognizing who is truly responsible for the majority of violence.

Eight out of 10 sexual assaults are committed by a person the victim knew in some way. So why are we focusing nearly 100% of our energy on the group responsible for only 20% of cases? I speak from the perspective of a student, a peer health educator and a person who has experienced harm. That being said, I think we focus on strangers because it is easier. When I look for ways to keep myself safe, it is simpler to second guess the intentions of a person I have never met rather than someone I feel I know. Not only would it be taxing to constantly be on guard, but balancing building and maintaining a relationship with someone while trying to keep them at a distance would cause so much internal conflict.

One example of this conflict that comes to mind is making guy friends in my classes. As a bisexual woman in a long-term relationship with another woman, I find it difficult to set boundaries with men that any relationship would be strictly platonic. The very first semester of my freshman year, I sat next to a classmate who we’ll call Brad. After a few classes of small talk, I felt enough courage to mention my relationship, hoping he’d chalk me up to a lesbian and eliminate any hidden sexual agendas. At first, he took it really well, he mentioned he had a girlfriend too and we continued on as normal. About a month later he walks into class looking distraught and says his girlfriend had broken up with him. I offered him as much support as a classmate could and tried to lighten the subject, but something was still off with Brad. Suddenly he was bringing up more and more sexual topics with me, commenting on my body, and not so subtly flirting. I tried to brush it off at first; every time I thought about the way he acted I felt torn between the validity of my feelings and wanting to maintain my first college friendship. Then one day, I mentioned I had gotten a new tattoo on my leg and he reached over and grabbed my thigh saying he was “curious and wanted to see it.” I was in shock, all the time I spent talking about my relationship and hiding my bisexual identity felt like a waste. I could no longer ignore his intentions and because of that I never talked to Brad again. Had I entered this friendship with the knowledge I have today, I would have trusted in my reactions that he was disrespecting my identity and relationship. Yet, at the time, I was so focused on those I had never talked with to even question my study partner.

So what am I trying to get at? I do not intend to cause an existential crisis or destroy all sense of safety, but to challenge the discussion we have about violence in our communities. Recognizing who perpetrates harm will make it easier to stay safe and reach out if someone needs help. That being said, changing the narrative is not easy. So what can you do? You can help this process by focusing on the small, seemingly inconsequential, habits that uphold the idea of “stranger-danger.” For example, if a child expresses discomfort at the thought of giving someone a hug, rather than asking them to give the hug anyway, we can ask questions to better understand the child’s feelings. By taking the time to listen to the child’s concerns we teach them it is ok to set physical boundaries, as well as establish a safe space for future conversations. This concept goes for personal feelings as well. If someone causes you to feel uneasy, do not downplay your feelings, regardless of how well you may know the person. You can limit the number of interactions you have with them and even reach out to a third party to express your concerns. Lastly, you can remember this principle if you receive a disclosure of interpersonal violence. If someone tells you that a person they know caused them harm, believe them. This first stage of healing is crucial for victims of sexual violence and their journey of recovery will go much smoother if they receive validation. If we take time and start with these small changes, we will eventually begin to diminish violence in our communities.

Tayler Bseiso is a student staff member of the McCluskey Center for Violence Prevention as well as a volunteer peer health educator at the Center for Student Wellness. Their major social identities include being a white, bisexual woman who uses the pronouns they/them/theirs as well as she/her/hers. 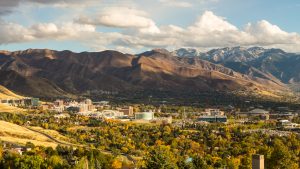 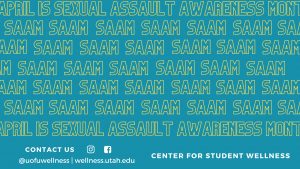