“I arrived on campus in April 1967 to work with the American West Center, matriculate through graduate degrees in American history and prepare myself for a career as a faculty member in the world of academics. Little did I know what that journey would become.

In late 1966, a remarkably exciting thing happened: The U received a major grant from Doris Duke of famed American Tobacco to document the history of American Indians as told by themselves. Under the leadership of C. Gregory Crampton and Floyd A. O’Neil, I spent five years working on this project. I learned the importance of peoples, many times marginalized, telling their own histories.

In 1983, following an additional 10 years of working with O’Neil and the American West Center, I joined the staff of the J. Willard Marriott Library as associate director with oversight for the library’s Special Collections. I inherited the titles of assistant librarian, university archivist and university historian.

I look back on the implanting of the human artificial heart, the rise of a major Tier 1 research library, a constantly expanding physical campus, development of the Huntsman Cancer Institute and the mental wellness research and clinical programs, and the revolutionary development and expansion of the university’s medical program. Additional accomplishments included establishing the Honors College and the Lassonde Entrepreneur Institute, the university’s entrance into the Pac-12 Athletic Conference, the emergence of regional, national and internationally recognized performing arts programs, the university’s invitation to join the Association of American Universities and many more.

Over the 50 years, I worked with seven U presidents and four library deans. A common thread through these five decades: capturing and preserving individuals’ stories, especially those people with little ability to do so on their own. I tell our students to take advantage of the opportunities in front of them, as one never knows where they may lead. Mine made for a near lifetime of experiences and personal acquaintances that to this day are priceless. 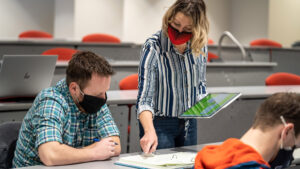 The faculty’s influence on mask wearing in classes
September 29, 2021 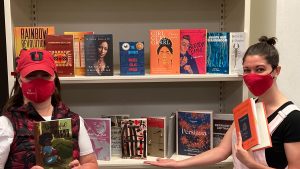 New collection at Marriott Library focuses on books by publishers and authors of color
May 12, 2021 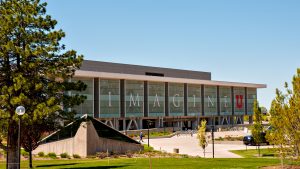 Students as oral historians of the pandemic
February 2, 2021