Homecoming Royalty, an honored and longstanding tradition of the U’s Homecoming celebration. This opportunity showcases and recognizes a few of the many outstanding students on our campus. Members of the court each receive a $1,000 scholarship from the U’s Alumni Association and represent the U and student body at various campus and community events throughout Homecoming Week.

This year, 80 applications—a record number—were submitted and went through an intensive review process. That number was narrowed down to 15 semifinalists. During the final interview rounds, judging was based on the criteria of appreciation for traditions, campus involvement and leadership, commitment to academics, enthusiasm and connection to the theme “One U,” and overall presentation.

After being crowned, the Royalty Court judges and/or attends Homecoming events including Songfest, the Crimson Nights dance, the house decorating contest, a movie night on the field at Rice-Eccles, the Homecoming 5K, and the Alumni Association’s pre-game tailgate party, and they will be recognized on the field during halftime at the Homecoming football game against USC.

A first-generation university student involved with the Mortar Board Honor Society, an IS teaching assistant, and a community mentor for Big Brothers Big Sisters of Utah, Janet also serves as the Student Program Director and Saturday Service Project Site Leader at the Bennion Center.

Born and raised in Brazil, Daniel has worked as an ambassador for the Business Scholars Program and was one of the founders and elected president of the Business Economics Society. He is now a Dean’s Intern with Corporate Outreach at the David Eccles School of Business, and the VP and VITA chair for Beta Alpha Psi. (VITA is the Volunteer Income Tax Assistance program that aids low-income individuals in filing their tax returns.)

From hiking in the summer to skiing and snowboarding in the winter, Mitchell loves everything outdoors that Utah has to offer. He also had the opportunity to live in Italy for a time. He has participated in the Business Scholars Program, ASUU, the Presidential Ambassador Program, the Bennion Center, and currently works at Business Career Services in the business school.

Passionate about sports, foods, traveling, and being politically involved, Michael volunteers off campus with the Maliheh Free Clinic, a clinic based in the Greater Salt Lake Area that provides free medical services for the uninsured and low-income individuals and families. On campus, Michael is involved with the Edible Campus Gardens and the U’s American Chemical Society and works as an Organic Chemistry Teaching Assistant.

A triplet from Florence, Kentucky, Simon has been a part of the Business Scholars program, and has served as an Orientation Leader as well as a Campus Life Mentor. He also has a passion for Ultimate Frisbee and is currently serving as the club’s team captain for the second year in a row.

The fourth-generation University of Utah student in her family from Charlotte, North Carolina, Courtney is a student in the Nursing program currently doing her capstone at Primary Children’s Hospital in the Neonatal Intensive Care Unit. On campus, Courtney is a member of the Delta Gamma sorority, holding several leadership positions within the organization. She has also been involved with ASUU and currently serves as the Class Representative in the College of Nursing Student Council.

Jackie enjoys spending her time outdoors, especially backpacking. She also has a deep passion for science, volunteering with Intermountain Hospice in the valley. On campus, she is involved with the UPC and has been on the Freshman Ambassador Board as well as serving as the Associate Director for Community Service. She has been an Orientation Leader, Campus Life Mentor, University Ambassador, and Swoop camp Spirit Captain. 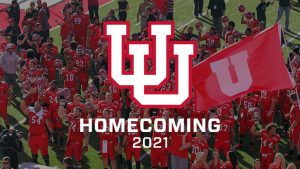 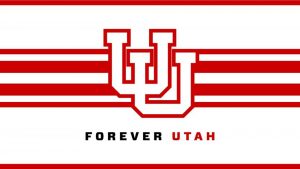