Accessibility Menu
Accessibility Help
Press ctrl + / to access this menu.
Parkinson’s disease isn’t easy to continually treat, but deep brain stimulation can help with tremors and slowness of movement. Dr. Tom Miller speaks with Dr. Lauren Schrock about the procedure and the benefits of deep brain stimulation for patients with Parkinson’s disease.

Listen to the interview here or read the transcript below.

Dr. Miller: Advanced Parkinson’s disease and movement disorders. We’re going to talk about what to do next on “The Scope.” This is Tom Miller.

Announcer: Access to our experts with in-depth information about the biggest health issues facing you today. The Specialists with Dr. Tom Miller is on “The Scope.”

Dr. Miller: Hi, I’m here today with Dr. Lauren Schrock. She’s an assistant professor in neurology and in charge of the movement disorders program. Lauren, we’re going to talk about sort of advanced Parkinson’s. I think it’s pretty well known that after a period of time, a lot of folks who responded to medications and treatment of their Parkinson’s start not doing as well on the medications. I think the thing that we would like to talk with you about today is that there are new therapies and those involve deep brain stimulation. When should a patient maybe start thinking about this option of treatment and whom they should be working with if they’re thinking about this option for treatment?

Dr. Schrock: When medications start causing complications is often the term we use in Parkinson’s specialists. Basically, over time, medicines don’t last as long and they wear off in between doses and people can develop dyskinesias.

Dr. Miller: Yeah, what is dyskinesia for our listeners?

Dr. Schrock: Dyskinesia is an extra involuntary movement. It almost looks like wiggling and a squirming. The most known person who most people have seen have this issue publicly would be Michael J. Fox. That wiggling back and forth. That is something that can be caused by a combination of both having Parkinson’s disease and also having taken Parkinson’s disease medication.

Dr. Miller: Did Mohammed Ali have a deep brain stimulation device implanted? Do you know?

Dr. Schrock: No. Mohammed Ali did not, as far as I know. His Parkinson’s is likely thought to be a secondary Parkinson’s disease related to the multiple hits to the head. In that type of Parkinson’s disease, that’s caused by something else, it’s not expected to respond to deep brain stimulation.

Dr. Miller: So tell us about how someone makes the decision about inquiring on this new type of treatment.

Dr. Schrock: I’m going to actually start with one and explain what it is a little bit more. If you imagine almost like a brain pacemaker, in the same way that people have pacemakers to help their heart keep beating, in Parkinson’s disease there is something called deep brain stimulation where a wire is placed deep down within the brain. When it’s in place it’s often not very visible. Some neurosurgeons are going to pay a lot of attention to the aesthetics of it and others put it in the way it was designed, so to speak.

With deep brain stimulation, the first thing you want to do when you’re considering asking the question of whether it would be appropriate if you’d want to see a specialist in Parkinson’s disease. That would be a type of neurologist who specifically has done specialized training in things like Parkinson’s disease and tremors.

Dr. Miller: Both medications and in the deep brain stimulation.

Dr. Schrock: Absolutely. Yes, in medications. Because many of my colleagues, who are involved heavily in D.B.S., like myself, really will say the most important visit is the visit with the Parkinson’s specialist or we call movement disorder specialist. It’s not uncommon for me to be able to work with a patient and actually say, “Oh, why don’t you try this medication change,” and then they call and say, “Oh, cancel that neurosurgery idea,” which is deep brain stimulation.

Dr. Miller: So that must mean you also have close ties to the surgeons who implant the deep brain stimulation devices. Is that correct?

Dr. Miller: So you’re working with them pretty much hand in glove to design therapy and treatment for the patient.

Dr. Schrock: Absolutely, because our goal is to have good outcomes in all patients we select. So we have special selection procedures to be able to ensure that, voiding any complications with the surgery as can happen with any type of surgery, that patients are going to do well and have improvement in the symptoms that they want to have improvement in.

Dr. Miller: Now what percentage of patients that you see will benefit from a deep brain stimulation device?

Dr. Schrock: Usually, when we think about a patient who’s going to be ready for deep brain stimulation, is someone who despite optimizing their medicines is having lots of ups and downs where their medicines are wearing off and they’ve developed dyskinesias. They also have not developed significant problems with memory and thinking. Early on in D.B.S. most centers would say maybe 10% of their patients who were referred for deep brain stimulation would actually be candidates.

HOW TO RELIEVE ALLERGY SYMPTOMS 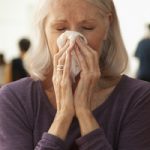 Itchy eyes. Runny nose. Difficulty breathing. Allergies can make you miserable. Dr. Tom Miller discusses everything you need to know about allergies. Learn how to prevent your symptoms, relieve the discomfort and what treatment options are best for you.

Learn more about this health topic in the full-length interview here. 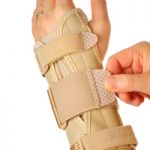 For people suffering from carpal tunnel, it may seem like surgery is the only option available. However, there is a non-invasive option that has been shown to be effective. On today’s “Health Minute,” Dr. Douglas Hutchinson discusses how splinting can be used to treat the symptoms of carpal tunnel.

Learn more about this health topic in the full-length interview.