Freelance journalist Casey Coombs was freed earlier this month in Yemen after being held hostage for two weeks by the Houthis, a rebel group that overthrew the Yemeni government earlier this year.
Janelle Hanson

By Erin Moore, graduate assistant in the U’s Master of International Affairs and Global Enterprise program

Freelance journalist Casey Coombs, an alumnus of the University of Utah’s Master of International Affairs and Global Enterprise, was freed earlier this month in Yemen after being held hostage for two weeks by the Houthis, a rebel group that overthrew the Yemeni government earlier this year. Coombs is now recovering at home in the U.S. after the frightening ordeal, which culminated after Coombs spent three years as a foreign correspondent in Yemen.

When he graduated from the U in 2011, Coombs initially planned to continue his education and enter law school. But after a yearlong correspondent fellowship at United Nations headquarters in New York, his career path took an unanticipated turn.

Working as a correspondent for the U.N. gave Coombs a taste for journalism and during a Yemeni delegation visit to the U.N., members of the Yemeni press convinced him their home country was the place to be for an aspiring, international correspondent. In an interview earlier this year, Coombs said, “I wanted to learn real journalism by going to a country with real people and real problems. I wanted to report on underreported things.”

So in February 2012 he set off to create a freelance career in the Middle East’s poorest country and a global epicenter for the fight against al-Qaida, Yemen.

Coombs quickly established himself in the capital city of Sana’a by reporting on the most pressing political and security issues. A month after his arrival, Coombs’ observations of al-Qaida’s takeover of the southern city of Jaar were published by Foreign Policy. Over the next two years, Coombs went on to cover such complex stories as U.S.-Yemeni tensions, government corruption, anti-al-Qaida movements and the abuse of African migrants.

Earlier this year, Yemen became even more unstable when the Iranian-backed Houthi rebel group overthrew the government. Coombs continued to report on complex political and social developments, but it soon became apparent that it was no longer safe for him to stay in the country.

In an article published by The Intercept in early May, Coombs described the deteriorating conditions in Yemen and the great difficulties he and others faced in securing safe passage out of the country. In addition to limited electricity, vacant shops, and shortages of water, Saudi-led airstrikes rocked the city.

“As I write this, the bombing campaign has just stopped for the night. The Saudis have been bombing almost every night. Yesterday was especially busy. They were flying low over the southern end of the city during the daytime, which was surprising. They also bombed the airport that day, which doesn’t bode well for my prospects of leaving,” Coombs wrote. 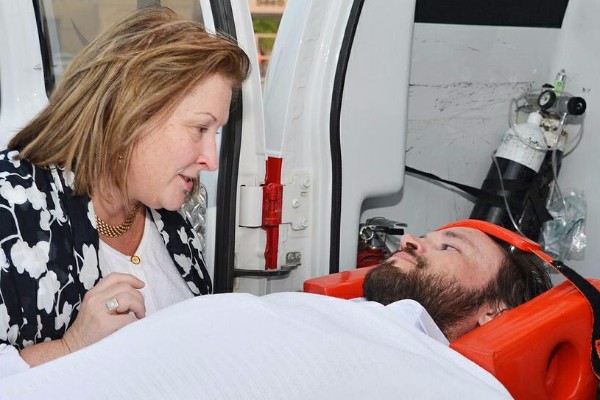 Less than two weeks later, Coombs was taken into captivity by the Houthis and held for approximately two weeks, during which time he suffered a serious back injury. With the assistance of the government of Oman, officials from the U.S. Department of State negotiated his release. Coombs was first transported to Oman, where he spent a short recovery period, then on to the U.S., where he immediately underwent a successful surgery for his injuries.

Coombs’ colleagues at the U remember their time as his classmates fondly, recalling his kindness toward other students, his skill in the classroom and his generous involvement and leadership in the Master of Science in International Affairs & Global Enterprise program.

“When Casey spoke up you knew he was going to ask a complex question or say something profound. He’s a deep thinker who added so much to our class discussions,” said Megan Hillyard, a friend and colleague of Coombs who began graduate school the same day Coombs did. “I’ll never forget that he was the first person to engage me in conversation at orientation. Having a classmate like him made me very excited to start MIAGE.”

“When I think of Casey, I think of a calm, reflective and focused person. He was always very involved as well. He chaired our first Student Advisory Committee and was instrumental in creating regular networking events for our group, giving a voice to all of us as students of the program,” Lindsey said.

Lindsey, like many of Coombs’ friends and family, watched his career unfold from the other side of the globe with both admiration and concern.

“I worried more for him as things continued to deteriorate in Yemen, but he has done what he loves and I applaud him for that. I’m so happy that he is home safe and so proud to call him a friend, colleague and fellow MIAGE graduate,” said Lindsey.

The current students and administration of the MIAGE program are relieved that Coombs is recovering in safety.

“We are thrilled that he has returned safely home and wish him a quick and full recovery. We appreciate his devotion to the reporting and analysis of complex international issues and look forward to his invaluable journalistic contributions in the future,” the MIAGE program spokesperson said in a statement.

If you would like to support Coombs in his recovery process, please visit the GoFundMe webpage.