The University of Utah’s 10-member board of trustees welcomed five new members July 1, 2017. In addition to the regular rotation of the alumni and student body presidents, three new appointments were made to replace trustees Lisa Eccles, Cristina Ortega and Taft Price. The new trustees are David Parkin, Katie Eccles and Anne-Marie Wright Lampropoulos.

Trustees Lisa Eccles and Price have completed their regular terms, and Ortega was appointed to serve on the Utah state board of regents.

“I am so grateful to Lisa, Cristina and Taft for their dedication and service to the University of Utah,” said U President David W. Pershing. “Lisa shared her talents across campus, and her vision will impact the university for years to come as she led the Campus Master Planning Committee since its inception. Cristina’s knowledge and expertise were invaluable to the President’s Campus Safety Task Force, which addressed challenging and complex issues. Taft is a strong leader and student advocate who encouraged innovation and efficiency in his capacity as chair of the Financial Advisory Committee.”

“I will miss them, but I look forward to working with our new trustees, whose perspectives and insights will be incredibly valuable as our institution moves forward,” Pershing said.

The new members were appointed by Utah Gov. Gary Herbert and were selected for their strong community involvement, varied expertise and commitment to the university.

About the Board of Trustees:

The board of trustees exists to advance and support the mission of the university; to preserve institutional independence to the fullest extent permitted by law; to foster the fundamental values of the university, such as academic freedom, due process, shared governance, educational quality, fiscal integrity, nondiscrimination and diversity; to consider the legitimate and relevant interests of various constituencies; and to act in the best interests of the university as a whole and to the people of the state of Utah.

Governed by both Utah law and board of regents policy, the U board of trustees advises the university president; consults with the state board of regents on the appointment of new presidents; selects honorary degree recipients; assists in fund raising efforts; reviews institutional plans, such as building projects and campus master plans before they are forwarded to the state board of regents for approval; approves the institution’s tenure policy; approves new degree programs; among other things. As a public institution, board members are committed to representing the public and ensuring the institution is managed responsibly on their behalf.

About the new trustees: 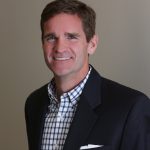 David Parkin is co-founder and partner at Tower Arch Capital, a $272 million private equity fund, where he evaluates new and existing investments for the fund and leads the firm’s investor relations. Prior to this role, he was an operating partner for Huntsman Gay Global Capital, a $1.1 billion private equity fund. He also spent more than a decade at Huntsman Corporation in a variety of capacities, including global vice president of intermediates, vice president of purchasing for Europe and Asia, director of transportation and logistics and financial analyst. In these capacities, he managed a global workforce of more than 700 people, significantly increased the profitability of numerous business units within the intermediates business and led the European and Asian procurement and supply chain teams. Parkin serves and has served as a board member for numerous Huntsman Gay Global Capital and Tower Arch Capital investments, along with Huntsman Family Investments, the Huntsman Foundation and Taylor Derrick Capital. He earned a bachelor’s degree in finance from the U. He and his wife live in Salt Lake City and have six children. 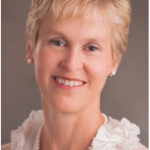 Katie Eccles is an attorney and “of counsel” at Ray, Quinney & Nebeker. Prior to that, she clerked for the Honorable Stephen H. Anderson of the U.S. 10th Circuit Court of Appeals. Eccles graduated from Stanford University with a bachelor’s degree in history and a J.D. from Stanford Law School, where she was a Note Editor for the Stanford Law Review and president of the Stanford Law Association. In 2015, Eccles received the Sword of Hope Award from the American Cancer Society in recognition of her years of service as chair of its Hope Lodge Board to fund, design and construct the Hope Lodge in Salt Lake, which provides free lodging for cancer patients seeking care at any of the Wasatch Front’s cancer treatment facilities. Eccles currently serves as a director of the Nora Eccles Treadwell Foundation and the Goldener Hirsch Inn. She has served on numerous boards, including the U’s Young Alumni Association, Dilworth Elementary School Community Council, the Board of Visitors of Stanford Law School, Hogle Zoo, the Natural History Museum of Utah and the Children’s Museum of Utah. She lives in Salt Lake City with her husband and their four children. 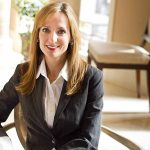 Anne-Marie Wright Lampropoulos currently serves as vice president of corporate communications for Merit Medical Systems, Inc., where she oversees investor relations and public relations. She is a published author and holds a U.S. patent for a medical device. She was selected by Utah Business as one of its 30 Women to Watch and is currently serving as Utah’s Republican National Committeewoman. Lampropoulos has served on many boards of directors, including OnSite Care, The Leonardo, Utah Symphony & Opera, Utah Shakespeare Festival, Hale Center Theatre, Discovery Gateway, Salt Lake Chamber of Commerce, KUED and others. She also served as a trustee at Utah Valley University. She earned a bachelor’s degree in political science from Columbia University and a master’s degree at Columbia Journalism School. She has written for several publications and worked as deputy director of communications for the New York City Council during Mayor Rudy Giuliani’s administration. She and her husband have three children and live in Salt Lake City. 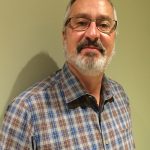 Joe Sargetakis is the new president of the Alumni Association’s Board of Directors. The owner of Frog Bench Farms in Sugar House, Sargetakis is committed to providing organic fruits, vegetables, herbs and microgreens for farm-to-table restaurants in Salt Lake City. He previously held vice president positions at Kidder Peabody, Paine Webber and Morgan Stanley. His involvement with the University of Utah includes membership in the Copper Club at the Natural History Museum of Utah and being a longtime member of Red Butte Garden. His other volunteer work includes serving on the boards of the Swaner Nature Preserve, Ronald McDonald House Charities and Ducks Unlimited, and being on the founding board of the Sugar House Farmers Market. He earned a bachelor’s degree in organizational communications from the U. He and his wife have two grown children. 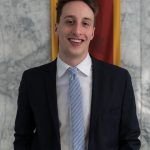 Zach Berger was born in Salt Lake City, Utah, and attended East High before matriculating at the University of Utah. He is a bachelor of arts candidate in honors English and is also pursuing a minor in political science. He is a member of the Sigma Chi Fraternity’s Beta Epsilon chapter at the U, and before serving as student body president, he was appointed as the ASUU Campus Events Board director. The goals of his administration include improving campus safety, revitalizing campus events and facilitating campus involvement.