Streaming services hold a wealth of interesting films, documentaries and series of all genres.
Emeri Fetzer - College of Fine Arts

Streaming services have come into our homes to stay, now a part of our daily routines (hello, quarantine!). All you had to do was be witness to the collective buzz around Netflix’s “Tiger King” a few months ago to realize that we all may be exposed to similar recommendations on our devices. Instead of heading to the RedBox and picking out a rental, quite unique to our current moods and taste, streaming services put “most-watched” choices right in front of us for our convenience. And, more often than not, we click play.

These nearly seamless methods of distributing film content are handy for consumers, certainly. And the public has access to perhaps more diverse options than ever before.

But how will current trends in online streaming affect the film industry going forward, specifically when it comes to independent cinema? Will lines continue to blur between what is Hollywood and what is “Indie?” Will films that don’t end up landing on the home screen of our streaming services see their moment of notoriety?

How do we find films differently through algorithms instead of recommendations from our friends? How do we watch them differently since we are often watching them on our cell phones and our iPods & iPads instead of at the theatre? I have been chronicling these changes over time.

This convergence of culture, the digital era, and the history of contemporary American independent cinema fascinates Sarah Sinwell, assistant professor in the University of Utah Department of Film & Media Arts. In her new book, “Indie Cinema Online,” Sinwell examines the ways in which modes of production, distribution, and exhibition are shifting with the advent of online streaming, simultaneous release strategies, and web series. Looking deep into the most popular streaming sites such as Netflix, Hulu, YouTube, and Amazon, she analyzes how the ways we access our content may continue to redefine an entire genre of cinema.

“My book is essentially how and why certain films are available on online streaming services and how we watch films differently on those services. How do we find films differently through algorithms instead of recommendations from our friends? How do we watch them differently since we are often watching them on our cell phones and our iPods & iPads instead of at the theatre? I have been chronicling these changes over time,” Sinwell explained.

Even as Sinwell was finishing the book, new developments were rolling in. Netflix experienced a rapid rise in viewers due to the pandemic. Amazon is becoming more of an active player in streaming, establishing their own production company in the last year. And NBC Universal’s new service “Peacock” is just coming into the game, trying to find its own edge on the market. Needless to say, this conversation is ever-evolving—much like our habit to click “Yes, I am still watching.”

Streaming services hold a wealth of interesting films, documentaries and series of all genres, but you may have to have a strategy if you want something outside your home feed. For those with particular interest in indie cinema, you may want to go on a hunt. And even then, you might not find exactly what you are looking for.

“Most people are still using Netflix as their primary streaming service, and then after that is Hulu and Amazon. There are streaming services that are much more specific to your interests, for example Shudder for horror films, or some specifically for anime…” Sinwell said. “One thing worth noting is that for something like Netflix or Hulu, it’s the algorithm that is determining what is most readily available to you on your feed. We have to think about how we can do a deeper dive, like if you are looking for a famous director for example. One of my favorite directors is John Sayles. Up until recently, most of his films were not available on streaming. Now a few are available on Amazon Prime including ‘City of Hope.’ But if you wanted to find John Sayles entire catalog, you would mostly have to search for DVDs.”

Sinwell loves to discover film through this method of exploring one director’s entire body of work, even down to the shorts. She is an avid supporter of local archives at Tower Theatre and Salt Lake Film Society. She also suggests that film lovers follow trade journals, where they may uncover films not as widely available. 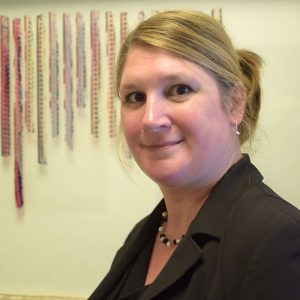 “Trade journals like Variety, Hollywood Reporter, and Indie Wire update audiences on what is playing at film festivals, things you might not have heard of that aren’t on your streaming sites. At Sundance these days, I would say only about a quarter of the films that I go to see will be available later, or even come to my theater. Most of the time you have to hope they get distribution or actively seek them out. The trade journals cover where films are coming out in other forms, and may introduce you to new things.”

Beyond entertainment, the dominance of streaming service is influencing Sinwell’s plans for teaching, specifically regarding questions around representation in film. A discussion made even more relevant by recent events surrounding civil rights and social justice.

“I’m designing my courses for fall and realizing we typically use DVD’s in our teaching. But if we are teaching online classes, we can’t use those DVD’s. It’s a really different world if you can only use streaming services,” she explained. “I’m also trying to think about representation. I’ve been talking to some students over the summer who are really interested in looking at representation of women, African Americans, people of color, people with disabilities…I think there are multiple ways that can happen. There are some really wonderful documentaries. I saw one at Sundance that is actually now available on Netflix called “Disclosure.” The film shows a history of how trans representation has functioned since the beginning of cinema — from the classical Hollywood era to contemporary cinema. I think this is really interesting for students to think about. If you were an upcoming filmmaker, how would you approach that topic? If you had a chance to see clips or interviews with trans actors and actresses, how would you define these categories differently if you had a chance to see how they had been represented over time?”

Sinwell encourages students to examine the history of cinema to find possibilities for how they can guide its future. “There are multiple ways of changing representation, whether it is through how you treat narrative, casting, or genre,” she said.

Even as “Indie Cinema Online” hits the shelves of film enthusiasts, Sinwell is moving on to her next investigation: how independent cinema intertwines with independent television. (Think “Orange is the New Black,” “Transparent,” “The Marvelous Mrs. Maisel,” “House of Cards”)

“A lot of people, when they watch a series on Netflix, will say “I saw that movie” when it is actually a series. But on Netflix, they don’t always separate those two things. The difference between film and television is blurring in the same way independent and Hollywood did.”

This year, she’ll be busy on a new book following this new twist in genre convergence.