University of Utah professor Leslie Francis made history this year as the first academic from the state in 75 years to receive the highest academic honor in the field of philosophy.

Francis will wrap up her one-year post on June 30. One highlight of her tenure came earlier this spring, when she delivered an address titled Applied Ethics: A misnomer for a field? to peers in San Francisco.

Her role as president caps off an exciting year for Francis, who also serves as director of the University of Utah Center for Law and Biomedical Sciences. The new center, which received Board of Regents approval last fall, is a resource for improving the law as it relates to the rapidly evolving areas of health policy, the life sciences, biotechnology, bioethics and the medical and technological arts, in order to help overcome critical health care challenges. The center and its faculty and students are involved in applied, interdisciplinary research, innovative teaching and training and public service and programming. The center’s roots were established three years ago, and it has grown into a stand-alone center that has sponsored a number of academic initiatives including symposia, moot court competitions, contributing to the university’s role as an incubator of scientific discovery, working on pro bono work at the legal-medical clinic, adding a pro bono guardianship project and publishing a lively blog on emerging biomedicine and law issues.

Francis holds joint appointments as Alfred C. Emery professor of law and professor of philosophy, and adjunct appointments in family and preventive medicine (in the division of public health), internal medicine (in the division of medical ethics) and political science. She was appointed to the rank of Distinguished Professor in 2009.  In 2000, she was a co-winner of the U’s Rosenblatt Prize for Excellence, an endowed award given annually to an outstanding member of the faculty.

Francis spoke to @TheU about her work in applied ethics, her experience as president of the Pacific Division of the American Philosophical Association, and what’s ahead for the University of Utah Center for Law and Biomedical Sciences.

Q: You work in the field of applied ethics. For those unfamiliar with this area, how would you describe what the field entails?  What drew you personally to want to work in this area of study?

A: Applied ethics refers to the many ways in which ethics intersects with areas of practical and professional life.  Bioethics (referring to ethics in health care), public health ethics, legal ethics, business ethics and environmental ethics are all examples.  I can’t say I was “drawn to” the field; rather, it was emerging around me as I got my education.  I’d always wanted to be a lawyer and when I got to college I became fascinated by philosophy.  My initial field was philosophy of law, including legal ethics.  I went to graduate school intending to get both a Ph.D. In philosophy and a J.D. When I eventually ended up with appointments in both philosophy and law at Utah, the artificial heart had just been put into its first (and really only) patient, Barney Clark.  The U needed more expertise on its institutional review board, the board responsible for reviewing research with human subjects.  What better combination, it seemed, than a young assistant professor in each of philosophy and law.  So that’s how I ended up in bioethics.

Q: The field is young — it has only been around for about 25 years, according to the Association for Practical and Professional Ethics. How has the field changed in your view? Where do you see it heading next?  And how does the field play a role in contemporary society today? (i.e., for undergraduate students who might be reading this, how does what you do and what you study affect their everyday lives?)

A: First of all, there isn’t really one field; there are discussions of ethics in many fields.  Core to my approach is the need to understand both ethics and a field in which ethics arises; I don’t think I’d be able to do the kind of work I do without a great deal of practical knowledge in a field such as law. For undergraduates planning careers in many many fields, you will face ethical dilemmas and it will be helpful to be able to recognize them, to know some systematic ways of working through them and to understand differing ethical perspectives of others.

Q: You recently were honored and delivered an important presidential address. Tell us about the experience and what it meant to you.

A:  I was elected president of the Pacific Division of the American Philosophical Association. The American Philosophical Association has three divisions (no national president); being a divisional president is the highest academic honor in the field.  The Pacific Division covers everything from the Rockies and west.  There has only been one other Pacific Division president from Utah in its nearly 100 years — it was established in 1924 — E.E. Erickson, from the University of Utah in 1941-42.  So it’s pretty amazing to be the first academic from Utah to have received this honor since WWII, and only the second overall.

Q: Your presidential address talked about “how to get it right” when it comes to your field. Can you summarize some of your theories in this regard?

A: In a nutshell, I don’t think you can simply take ethical theories and apply them to a given practical context.  Bioethics has gotten something of a bad name for doing this: Using principles like autonomy or beneficence or non-maleficence and then stamping them onto situations.  I’m a pragmatist in the original theoretical sense; that is, I think we keep understanding more about what ideas like autonomy mean by working them out in tough cases, such as decision making with persons who have intellectual disabilities.

Q: You’ve been an educator for a long time. As we find ourselves in graduation season, what lessons do you hope your students have gained from your courses?

A:  I hope they’ve learned to think, to understand different points of view, and to see why I care about issues of justice even when they don’t share my views. 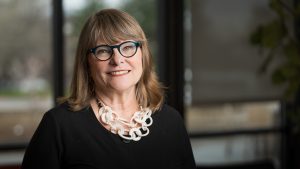 Service to the scientific community
May 3, 2019