The University of Utah will welcome Harriet A. Washington to virtually speak to the campus community during three events Oct. 7-8, 2021. Washington is a prolific science writer, editor and ethicist who is the author of the seminal "Medical Apartheid: The Dark History of Medical Experimentation on Black Americans from Colonial Times to the Present" and five other well-received books. Washington is a writing fellow in bioethics at Harvard Medical School and a fellow of the New York Academy of Medicine.

“‘A Hideous Monster of the mind’: Medical Mythology and the construction of ‘Blackness’”
Thursday, Oct. 7 | 12-1 p.m.
Watch the livestream here.

You write about a wide range of important topics. What are some things that you have emphasized in your research and writings?

I've also always been fascinated by toxicity and poisoning. I managed the Poison Control Center long ago in a different life, and I've written about that as well. I wrote a book about environmental racism and about the cognitive effects that I think tend to be underplayed. There is not enough understanding and discussion of how our intense exposure to toxins as people of color in particular—especially Native Americans and African Americans—how it's affecting our cognition, how well we think and different behaviors.

There are also things that have a very strong political component, although that wasn't my primary concern. My primary concern is ethics, as I said. I'm not only discussing what medicine and science does, but what it should do and shouldn't do. And I found that when it comes to people of color, all too often, there are mythologies that have just sprung up and been adopted as scientific facts, when they're actually not scientific facts. And we are unaware of how intensely this reliance upon mythology is poisoning our medical treatment and medical philosophies. So, that has been really my focus, looking at the history and present of how beliefs about people of color are poisoning their access to medical care and poisoning the healthcare they do get.

Besides toxicity, I'm interested in mental health issues. I’ve always been fascinated by the interplay between infection and mental health. And I wrote a book, “Infectious Madness,” in which I trace the burgeoning science that shows us how frequently infections play a major role in mental illness. We're beginning to recognize this now, but I argue using examples from the past. It's something we've always known but have given short shrift to for political reasons. But now, we're opening our perceptions more. COVID-19, for example, has a slew of psychological problems in its wake. People suffer a lot of neurological problems after COVID-19. It's a physical illness, but it's got psychological complications as well, as do many other illnesses.

What initially drew you into this work?

A lot of things brought me to it, but I would say that Albert Schweitzer is someone who fascinated me from the time I was eight years old. I found everything I could read about him. He began as a philosopher and only decided to become a physician when he was almost 30 years old, which was really unusual for this time. And he always had the idea of practicing among the disadvantaged in the global south. Early on, when I was young, 8, 9, 10, I saw him as a selfless martyr to medical missions. And in one sense, he still is that, but as I got older reading, the same works revealed to me, layers of things that I had not perceived early on.

For example, there's a lot of ethnocentricity, a lot of paternal attitudes towards people of color in the global south. He accepted a lot of the limitations imposed by his society on what people of color could and could not do. But certainly, in my mind, it did not eclipse the wonderful things he did and the fact that he was indeed a medical hero, but it tempered it.

When I became older, when I went to university, I spent a lot of time reading the history of medicine, literature, reading about people in the developing world. And I saw that doctors who talked about people in the developing world had on the same lens of, okay, these are brothers, but they are lesser brothers. They're never going to be the equal of a white man. And we can't expect them to behave as well as we do. We can't expect them to achieve the things we've done. We're going to help them through.

The same attitude reigned in literature then, but then the same attitude was paralleled in the U.S. but in a nastier form. The assessments of people of color were far more damning in the U.S. They were dismissed as being not intelligent, as people who lacked adult judgment, and who contributed to their own illnesses by behavior that was simply not very intelligent—refusing to interact with the medical system, refusing to listen to doctors, refusing to act in a disciplined way, by shunning things like drinking too much or smoking too much. All these attitudes were so strong, and they were unquestioned. And yet, what were they based upon? Was there evidence for them?

Evidence was offered, but you didn't have to look at it too acutely. The real-life of the evidence was largely fabricated, invented to support the belief. So, I gradually came to sense and later to find evidence for the fact that the judgments made about people of color in the medical arena were based upon longstanding biases and attitudes of superiority. And not upon any facts, at least not facts that could stand up to scrutiny. And I realized that our medical system today suffers from the same problems. For example, in the 19th century, doctors and scientists, the best doctors and scientists said that black people don't feel any pain. Their nervous systems are so primitive and underdeveloped. They don't feel pain the way white people do. And when you realize that discussing how people are immune to pain, calling them immune to pain is parallel to questioning their humanity.

And all these things are still potent today. In 2016, there was a university of Virginia study showing that half of all medical respondents did not think that black people felt pain, the way whites do. Black people need more radiation because their skin is tougher, their bones are stronger or some other type of nonsense. But what's important is these beliefs are identical to the ones that were called given in the 19th century. So, in one sense, we have made no progress at all in recognizing medical mythology as mythology, we're still operating as if these things are true, and that I felt needed a lot of exposure.

I set about to expose it and to expose it in an imputable way. I use doctors' own journals, and I use peer-reviewed sources to buttress my claim that these attitudes were there, persistent, and still being largely unquestioned.

What is “medical apartheid”?

Apartheid was the official policy in South Africa of approaching two races as separate entities in every sphere of life. And that's exactly what happened in the U.S. medical system—Black people and White people regarded as very different entities and were treated extremely differently and continued to be treated extremely differently. Over the centuries this had been done, it has resulted in physicians and scientists being trained to treat African Americans differently, although it's not always openly acknowledged and not always recognized. So, apartheid, I think, is a really good way of summarizing it up. Understanding that this system exists, that we don't have a single healthcare system with the same goals for everybody, is key to addressing the problems and making sure that everybody has equitable access to health care.

Why are these topics important for everyone, not only those in the medical field?

Learn more about Washington and the three opportunities to see her present here. 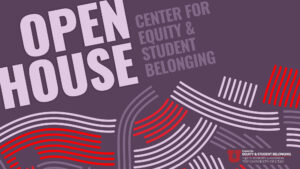 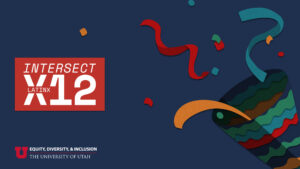 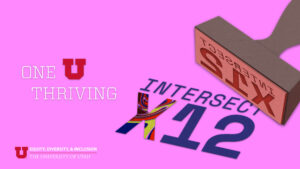