By Mark Matheson, director of MUSE Project and English professor

U.S. Rep. John Lewis will speak at the University of Utah Nov. 10 at 11 a.m. at Libby Gardner Concert Hall. Lewis is a civil rights icon who recently published the first two graphic novels in a trilogy that chronicle his perspective of the civil rights movement. He will be joined by co-author Andrew Aydin and illustrator Nate Powell. His appearance is sponsored by the University of Utah MUSE Project (My U Signature Experience), a presidential initiative that works to enrich undergraduate education across the university. Lewis’ visit highlights the MUSE Project’s theme year on “community.” Lewis has dedicated his life to protecting human rights, securing civil liberties and building what he calls “the Beloved Community” in America.

In his autobiography “Walking with the Wind” (1998), U.S. Rep. John Lewis writes that the story of his life can be understood in terms of his dedication to a single ideal: the Beloved Community. He defines this concept as a truly interracial democracy based on nonviolence and simple justice that values “the dignity and worth of every human being.” Lewis writes that this ideal is “the most precious and pure concept I have ever known” and that the goal of realizing the Beloved Community has guided every aspect of his activism and public service.

Lewis first learned of this concept in the mid-1950s from Dr. Martin Luther King Jr.  Frustrated by the inequities of his segregated Alabama society, Lewis was deeply moved one day when he heard a radio broadcast by a young minister from Montgomery, who preached about love as a means of creating social justice. It was a transformative moment, and Lewis immediately found out all he could about King, who was in the midst of leading the Montgomery bus boycott. It was during this sustained protest that King first began to speak publically about the Beloved Community.

This ideal had emerged in the late 19th century in the work of the American philosopher Josiah Royce. King took the concept and developed it in the context of his activism in the civil rights movement.

“I do not think of political power as an end,” he wrote in 1966. “Neither do I think of economic power as an end. They are ingredients in the objective that we seek in life…a truly brotherly society, the creation of the beloved community.”

Lewis writes powerfully in his recent book “Across that Bridge” (2012) about his lifelong dedication to this ideal. He offers a deep understanding of political activism as a means of realizing visions that emerge from “the world of poetry and philosophy.” In doing so he suggests a provocative connection—important for us in our educational work—between politics and the intellectual and creative life of a university. Lewis goes on to say that the civil rights movement was essentially about “seeing a philosophy made manifest in our society that recognized the inextricable connection we have to each other.”

The concept of the Beloved Community is thus rooted in both American philosophy and the spirituality and activism of the African-American church. Through his writings, nonviolent direct actions and service as an elected official, Lewis has demonstrated the transformative power of this ideal for the individual and its efficacy in creating social justice.

I was a very young child growing up in New York City during the civil rights movement for racial and social justice. However, my first awareness of the movement came from my mother. I vividly recall coming home from elementary school one day and seeing her watch the news with anger and disgust of Birmingham school-age protestors being attacked with dogs and fire hoses by the police. I was shocked too! I began asking my mother a swarm of questions regarding the reasons why the police vivaciously attacked the children.From that point on, my mother began raising my awareness of institutional racial injustices in this nation and the ongoing protest struggles against oppression. I recall rushing home from school often in order to watch the civil rights protests with my mother. The thing that touched me to my core was watching African- American youth—such as John Lewis—engage in all forms of demonstrations against racial oppression.

U.S. Rep. John Lewis, who was a college student at Fisk University during the early 1960s, played a key role in the student-led Nashville sit-ins. He studied nonviolent protest tactics and other forms of pacifism with civil rights activist James Lawson. He participated in marches and student sit-ins at segregated lunch counters in Nashville. Lewis’ sit-in efforts, along with the Fisk University student Diane Nash and others, led to the desegregation of lunch counters in Nashville. Lewis’s early years as a student activist for social justice has led to a lifelong commitment to a racially and socially just society.

In my African American Experience course at the U, I always show my students the documentary film “Eyes on the Prize” episode “Ain’t Scared of Your Jails.” This episode shows Fisk University students studying nonviolent tactics and participating in lunch counter sit-ins in their attempts to dismantle desegregation in Nashville. One of the many reasons why I show this particular episode is to raise my students’ awareness that as youth they have agency and a responsibility to always fight for a better and socially just nation.

I am just a couple of years too young to have vivid memories of the civil rights movement in its early 1960s heyday, including the role of John Lewis. I do recall, however, hearing about and being greatly impressed by the people who participated in the Mississippi Freedom Summer of 1964 — a voter registration initiative that John Lewis helped organize. Although the heart of this effort was by African Americas living in the south, it was so uplifting to know that many white people traveled from the north to assist — putting themselves at considerable physical risk in pursuit of a right they personally exercised freely and easily. (Andrew Goodman was a 20-year-old college student from New York who was murdered in Mississippi for his efforts.) I was only 15 years old in 1964 — too young to be among even the youngest participants — but I would love to think that had I been a bit older, I would have joined the effort.

As a student during the civil rights years, I realized the need to make changes in order to reach the promises of our nation for all people. We saw the leaders taking risk and decided to participate. The Rev. Dr. King, Roy Wilkins, John Lewis, Harry Belafonte and others each did their part to set good examples. They modeled equal opportunity and insisted on legal changes. We have reached some high places and still have much to do until we are the nation promised. Keep dreaming! 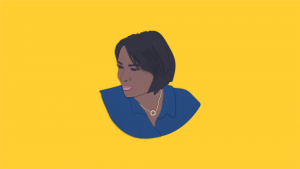 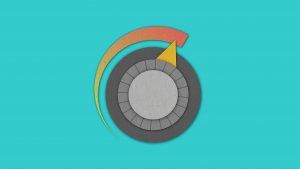