Conductor and composer Leonard Bernstein left an indelible mark on the American music scene. Throughout his busy career, he composed music ranging from ballets and symphonies to songs and stage musicals. This year is particularly special as it marks the centennial anniversary of Bernstein’s birth. To celebrate the great composer, the Lyric Opera Ensemble along with the Utah Philharmonia are proud to present his operetta, “Candide.” 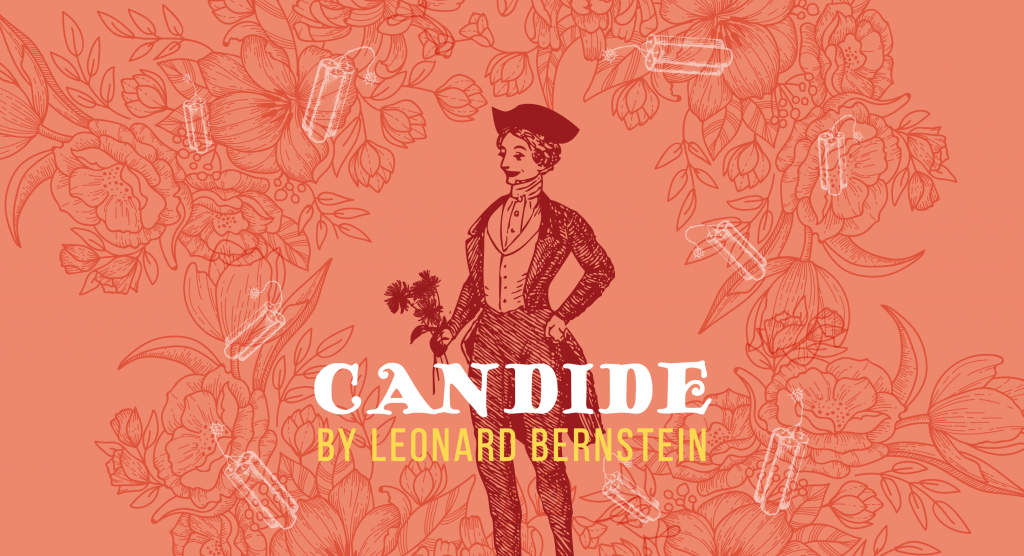 Based on Voltaire’s satirical novella of 1759, the music follows the story of the optimistic Candide and his sweetheart, Cunégonde. Together they journey through a mad world of chaos and fall victim to a seemingly endless series of mishaps including a shipwreck, slavery and a forced marriage. Despite their bad luck, they try and remember that “everything is for the best in this best of all possible worlds.”

Following its premiere, “Candide” closed after only seventy-three performances. Despite losing money, Bernstein was hopeful for a revival of the work stating “there’s more of me in that piece than anything else I’ve done.” He continued to work on it for the rest of his life. He was not disappointed. With each new performance, “Candide” gained popularity. In 1989, Bernstein himself recorded the work, spending some of his last days (he died the following year) on his beloved project. Bernstein was known to have always said he wanted to write “the great American opera.” He probably came closest to that with “Candide.”

While audiences might not initially think they know this operetta, they are sure to recognize several familiar tunes such as “Glitter and Be Gay” and “Make Our Garden Grow.” The famous overture is also instantly recognizable as it is one of the most often performed pieces of concert music by Bernstein.

The last time “Candide” was done in Salt Lake City was ten years ago when the Lyric Opera Ensemble performed it. Robert Breault, director of the Lyric Opera Ensemble, and the entire cast are excited to bring it back to Kingsbury Hall. They also thank Brian Deedrick, guest director, for his vision and artistry on the production. For two nights, audiences have the opportunity to lose themselves in a world of Bernstein’s story and music. As with all of the productions that the Lyric Opera Ensemble presents it will be double cast, making both performances equally unique and exciting. The singers will be accompanied by the Utah Philharmonia, under the baton of maestro Robert Baldwin.

Go here for more information or to purchase tickets.