By Josiane Dubois, College of Fine Arts Our Country’s Good The University of Utah’s Department of Theatre closes the 2017-18 season with “Our Country’s Good” by Timberlake Wertenbaker, based on the novel “The Playmaker” by Thomas Keneally, April 6-15 in the Babcock Theatre. Directed by Sarah Shippobotham, professor of theatre, this play-within-a-play is a story […]
Janelle Hanson

The University of Utah’s Department of Theatre closes the 2017-18 season with “Our Country’s Good” by Timberlake Wertenbaker, based on the novel “The Playmaker” by Thomas Keneally, April 6-15 in the Babcock Theatre. Directed by Sarah Shippobotham, professor of theatre, this play-within-a-play is a story in which justice, power and the possibility of redemption come under scrutiny. 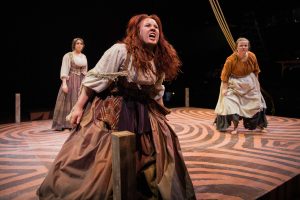 In January 1788, the first of the British prison ships arrived at Botany Bay, Australia and settled the penal colony at Port Jackson, the site of current-day Sydney. Many of the prisoners had committed minor crimes and their wardens were military men who fought and lost the war against the American colonies. When hope and supplies run low, a lieutenant tries to increase morale by staging a comedy, “The Recruiting Officer” by George Farquhar, using the convicts as the cast.

The creative set of this modern classic designed by Department of Theatre’s technical director and associate professor Kyle Becker, aims to put the themes of this inspiring play at the fore. Performed by a cast of highly talented actors from the Actor Training Program and Musical Theatre Program, this production is set to be an innovative portrayal of the struggle for justice, power and humanity.

Stay after the show for a conversation with the cast and creative team about the production following the Friday, April 13 performance.

Dates and Times: April 6-8 and 12-15 at 7:30 p.m. with matinees on April 14 and 15 at 2 p.m.
Post-Performance Discussion: April 13.
Location: The Babcock Theatre, located at 300 S. and University Street (1400 East) in the Simmons Pioneer Memorial Theatre, lower level. Free parking is available to the south of the theatre and at Rice Eccles Stadium.
Tickets: General Admission tickets are $18, University of Utah faculty and staff are $15, University of Utah students are free with UCard and all other students with valid student ID are $8.50. Tickets can be obtained by calling 801-581-7100, online at tickets.utah.edu or at the Performing Arts Box Office, located at Kingsbury Hall.

The World Premiere of “Symphony No. 10” 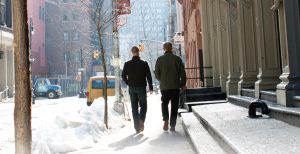 Maslanka is one of the most prominent composers of wind band repertoire. Prior to his passing in August 2017, he began work on “Symphony No. 10,” which was completed by his son Matthew. Maslanka worked closely with Hagen and the U Wind Ensemble, and was impressed with the students’ investment and dedication to their craft.

“Symphony No. 10” is an expansive piece that moves through a range of emotions such as pain, tragedy, peace and reconciliation. Hagen describes Maslanka’s music as heartfelt and reflective.

“All of his music requires a level of emotional investment and the musicians who play his music become better musicians as a result of it,” said Hagen.

This work will be recorded and will release around November of this year. This will be the second album of Maslanka’s music recorded by the U Wind Ensemble.

“Some of Maslanka’s writing is not typical, but when everything comes together, it’s incredible,” said Carson Malen, piano performance major.

Join the Wind Ensemble in this historic premiere at Libby Gardner Hall on April 3 at 7:30 p.m., with a pre-concert lecture at 6:45 p.m. with Matthew Maslanka. Ticket prices and additional information can be found here.