By Josiane Dubois, marketing and communications coordinator, Department of Theatre 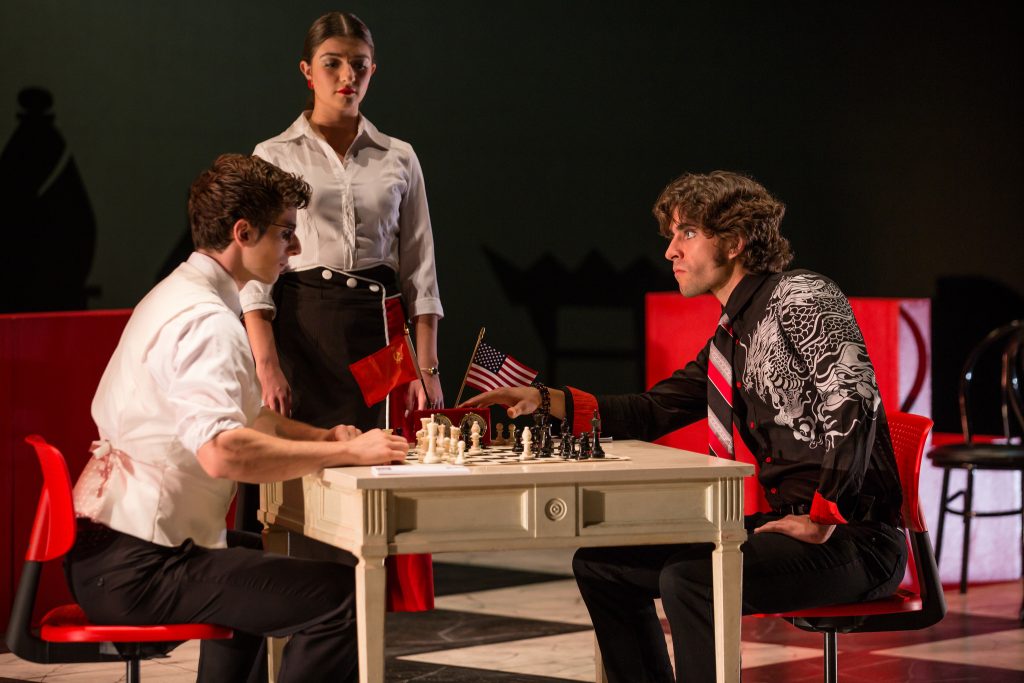 Free parking is available to the south of the theatre and at Rice-Eccles Stadium.

Tickets can be obtained by calling 801-581-7100, online at tickets.utah.edu or at the Performing Arts Box Office, located at Kingsbury Hall.

Content warning: Recommended for patrons ages 14 and up. Mature audiences only. The show contains strong language.

The University of Utah’s Department of Theatre opens the 2018-19 season with the epic rock opera “Chess,” with music by Benny Andersson and Bjorn Ulvaeus, members of the pop music group ABBA, and lyrics by Tim Rice. The production runs Sept. 14-23 at Hayes Christensen Theatre in the Marriott Center for Dance, 330 S. 1500 East.

Before “Mamma Mia!” came along, Ulvaeus and Andersson of the pop group ABBA produced this daring new musical about an international chess match between the Russian champion and a brash American challenger. Set during the heart of the Cold War, it could very well have been written today, as politics, espionage and intrigue collide with love and chess

The themes of tension and waiting for moves to be made is ever-present in our current political landscape. Rice encourages those who produce this show to take liberties in terms of “playing” out this musical however they like. The ability to rearrange and mold this story in a way that is relevant and makes sense to our audiences today was important to the director and choreographer, and adds a unique component to our production of “Chess.”

“Chess” deserves its place as one of the U.K.’s most popular musicals, featuring the Top 40 hit “One Night in Bangkok.” This musical ran in the West End for three years with fanfare and acclaim, but is only seldom performed. This is your chance to see the full production with a talented cast directed and choreographed by Denny Berry (associate choreographer of the Andrew Lloyd Webber/Hal Prince “The Phantom of the Opera,” the longest running show on Broadway) with a live orchestra directed by international pianist Alex Marshall. The show features the U of U Musical Theatre Ensemble directed by local vocal director, David Schmidt.

Post-performance discussion with cast and creative team immediately to follow the performance on Friday, Sept. 21. 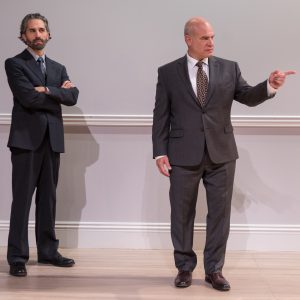 Winner of the 2017 Tony Award for Best Play, “Oslo” tells the story of the Norwegian academic who brought together representatives of the State of Israel and Palestine to broker the 1993 Oslo Peace Accords, proving that sometimes the greatest act of heroism is the willingness to sit in a room and talk with your enemy.

Pioneer Theatre Company is the first professional theatre in the country to produce the play regionally, following its Broadway premiere last year. Playwright J.T. Rogers, whose plays have received world premieres in Utah, will be attending the production’s Sept. 22 matinee performance and participating in a post-show talkback hosted by Doug Frabrizio of KUER’s RadioWest.

“One of the (many) things I love about this play is how undaunting it is. You hear ‘history play, peace in the Middle East’ and immediately think ‘uh-oh, here comes hard work.’ But not this play,” said Jeff Talbott, who plays Terje Rød-Larsen.

“It’s wildly entertaining from the first moment. That it happens to also be moving and aspirational in a time when we can really use it is a great bonus.”

Audiences can see “Oslo” Sept. 14-29 at the Simmons Pioneer Memorial Theatre. Season tickets will be sold through closing night, including the theatre’s University of Utah faculty and staff discount and new 35 & Under season subscriptions. For more information on subscription options or to purchase single tickets, visit pioneertheatre.org, call 801-581-6961 or visit the Pioneer Theatre Company box office.