When jobs are no longer an issue, who tends to do more housework — men or women?

A study of older married couples found the equation doesn’t change much, even when health problems become an issue. It’s women.

Claudia Geist, an assistant professor with joint appointments in sociology and gender studies, examined gender, health and housework among married, heterosexual couples who are no longer employed. She found a woman’s health has to be considerably impaired before she stops doing chores and her husband takes on more of those duties.

“One thing we found is that even when people don’t have these external demands on time, such as a job, they still have a very gendered way of doing things,” said Geist. “Women still do more and their health is not as closely linked to them cutting back compared to men.”

Geist’s study was published in the Journal of Women & Aging. Jennifer L. Tabler, who received her doctorate in sociology at the U in 2016 and is now an assistant professor at The University of Texas Rio Grande Valley, co-authored the research.

Most research has looked at the way employment and income affect how couples negotiate the domestic division of labor, Geist said. But there is a gap in understanding what happens to people who are not in the labor force and who may also have health problems.

“We wanted to understand how health could be a currency that could help decide who does what,” Geist said.

The study relied on data on heterosexual married couples ages 60 and older who were no longer working from the 2009 and 2013 Disability and Use of Time (DUST) supplement to the Panel Study of Income Dynamics, a longitudinal study at the University of Michigan.

The housework tasks included doing laundry; preparing dinner; cleaning house; grocery shopping or running errands; paying bills and handling banking; and doing minor home repairs and improvements. The researchers measured whether each duty was shared equally, the wife did more of the particular task or the husband did more.

The study found that even when neither person is working, women still do more housework. However, time spent on chores for both older women and men is shaped by their health. But the amount of time men spend on housework is less impacted by health — either their own health or that of their wives. That is partly because husbands’ housework involvement is shaped by gender divisions in the first place, Geist said.

“We don’t know if it’s women holding on, guarding their domain — especially among the older generation with very traditional views of the division of labor — and only letting go if they really can’t do it or if the male partner is getting away with not taking over for as long as possible,” Geist said. “It is a sign that inequality exists, it will persist and male participation only increases under the most extreme circumstances.”

The study’s findings illustrate the need for male partners to be included in discussions with a woman’s health provider if poor health becomes an issue that requires adjustments in the division of housework, Geist said. That’s especially important if a woman’s sense of being a good homemaker is affirmed to any degree through housework.

“Just telling the female patient to cut back may not be enough,” Geist said. “You may want the male partner to step up maybe a little earlier and be part of encouraging his wife to cut back.” 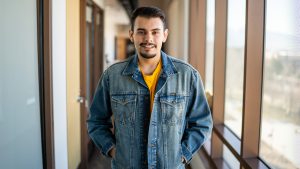