Mathematics teachers hoping to further their careers through graduate education can face a dilemma. Graduate degrees in mathematics delve deep into mathematical content, but offer little help in how to teach middle school and high school math. Degrees in educational administration, however, can help with classroom principles, but can be light on mathematical content. The University of Utah offers a third choice, combining math content and pedagogical skills in the Mathematics Teaching Program.

The Mathematics Teaching Program helps Utah teachers develop expertise and experience in teaching and learning mathematics and become leaders in their field.  Teachers learn mathematical content, as well as ways to identify and address students’ misconceptions. Now in its seventh year, the program seeks to expand to reach more math teachers throughout Utah. 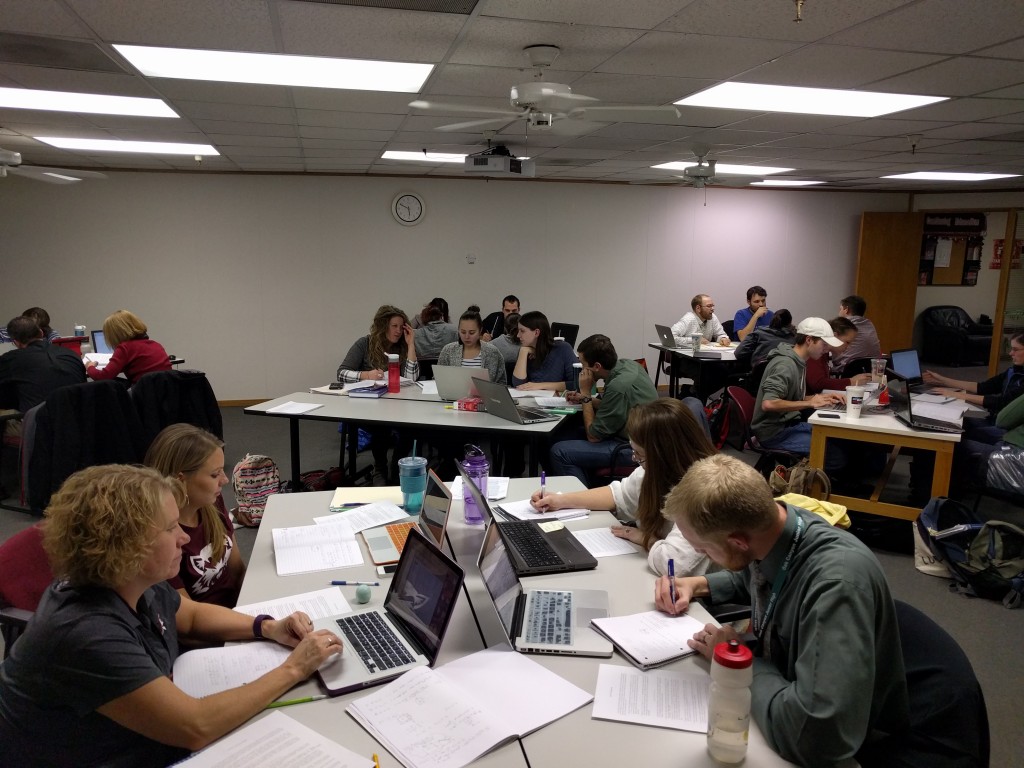 Hugo Rossi, an emeritus mathematics professor, says that a traditional mathematics master’s degree may not fully address a teacher’s needs. “There’s always a course on abstract algebra,” he says. “It’s a lot of nice stuff, but doesn’t help to address when a student’s done something wrong.”

The Master of Science in Mathematics teaching program launched in 2009. “The need it was fulfilling is to deepen their knowledge of mathematical content,” says content advisor and mathematics professor Emina Alibegovic. Because few similar programs existed at the time, Alibegovic, Rossi and others designed the program practically from scratch, making improvements as needed. “In the first year,” Alibegovic says, “we learned a lot.”

Currently, cohorts of 20 students comprise the two-year program, offered in evenings and summers to accommodate teachers’ schedules. Classes during the school year are held at central locations, such as at the U’s Murray campus, and participants come to main campus for summer courses.

Thinking on their feet

The coursework goes far beyond reviews of mathematical concepts that middle school and high school students are expected to learn. Alibegovic says that the program is meant to develop “mathematical knowledge for teaching.” This deep mathematical knowledge, she says, allows teachers to focus on students’ learning, assess their conceptions and use them productively as resources.

The courses involve robust participation. “To be successful, we need significant participation from students,” says Rossi, who helps develop curriculum for high school and middle school. “They need to be able to think on their feet,” he says. Participants share their own classroom experiences, he says, as they learn how to structure a course and offer helpful feedback. Their final project requires participants to research a mathematical topic and present sample teaching approaches.

A state-sponsored payroll enhancement program called PEJEP helped teachers to obtain graduate education. Alibegovic says that continuation and expansion of such funding resources is critical to expanding the program. And expansion, which may include offering the program every year as opposed to the current every-other-year schedule, could benefit more than program graduates, says Alibegovic. “Our goal is for teachers to become leaders in teacher communities, working to coach and mentor other teachers.”