The vehicles tested were:

A new analysis by University of Utah professor David Strayer and his team of researchers shows two tech companies are making gains in designing infotainment systems that are less distracting to drivers — but more work is needed.

In a report for the AAA Foundation for Traffic Safety, the U team compared Apple CarPlay and Google’s Android Auto to built-in vehicle systems designed by automakers. They found both CarPlay and Android Auto were 24 percent (5 seconds) faster on average than the built-in systems when it comes to making calls. They were 31 percent (15 seconds) faster when programming navigation.

Those seconds are critical as drivers who take their eyes off the road for more than 2 seconds double their risk of a crash, according to Strayer’s previous research.

“When we look at Android Auto and CarPlay they tend to be significantly easier to use than the typical system that’s found in the car when you purchase it,” Strayer said. “And what we found was that Android Auto and CarPlay were substantially lower demand, easier to use and they really didn’t significantly differ overall in terms of their workload.”

That said, Strayer added, “some of those features are still too distracting. With the features and functions that are available with Android Auto or CarPlay in some situations, it may be distracting the driver to levels that are still unsafe.”

AAA said it is encouraged by the findings as they indicate that popular infotainment systems can be designed in a way that is less distracting. The report shows it is possible to reduce the level of demand in-vehicle infotainment technology places on drivers, said David Yang, executive director of the AAA Foundation for Traffic Safety.

“While improvements are necessary before any of the systems can be considered safe to use while driving, this research shows that smartphone-based software has the potential to offer a simpler, more familiar design that is less confusing to drivers, and therefore less demanding,” Yang said.

The U team evaluated five vehicles — 2017 and 2018 models — to determine the amount of visual and mental demand placed on drivers by CarPlay, Android Auto and each vehicle’s native infotainment system.

A rating scale was used to measure the visual (eyes off road) demand, cognitive demand and the time it took drivers to complete a task using the systems. The scale ranged from low to very high levels of demand. Low demand activities include listening to the radio or an audiobook; a high demand activity is on par with balancing a checkbook while driving.

Both CarPlay and Android Auto-generated an overall moderate level of demand, while the native vehicle systems created very high levels of demand for drivers. While CarPlay and Android Auto can still create potentially unsafe levels of distraction and should not be used to perform complex tasks when behind the wheel, the analysis found they decrease the demand placed on drivers compared to similar technologies offered by automakers.

“Automakers are experts at building safer cars, but Google and Apple are more skilled at building safer vehicle infotainment technology,” said Marshall Doney, AAA’s president and CEO. “By leveraging their strengths, the two industries must work together to significantly improve the design, functionality and safety of these technologies.”

Strayer said that two features of infotainment systems that tend to be highest in terms of the workload are coordinating a navigation system and sending text messages.

Those activities “are best done when the car is stopped,” Strayer said. “Even though they can be done while the car is in motion, it is not necessarily safe to do so. Just because the vehicle allows you to do it doesn’t mean it’s safe to do it.”

The full report is available here. 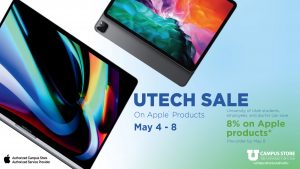