Mind-blowing fact: According to The Washington Post, if you were born after February 1985, you haven’t experienced a month where the Earth’s average monthly temperature was below average. Rising temperatures, as well as a bunch of other compounding factors, are impacting our snowfall and our snowpack.

Join us on campus Jan. 9 from 11 a.m.-1 p.m. outside the Union to learn more about more ways to cut down on your carbon footprint and possibly win free lift tickets.

As someone within that demographic, who’s an ex-professional and avid skier with friends who are still pros, this fact is frightening. I understand the severity of climate change in relation to professional skiers’ jobs—their livelihood depends on that snowpack. Many of us are concerned there won’t be enough snow to hold downhill ski races in the not-so-far-away future.

I eagerly await each fall and wish to delay each spring. However, these ideas, “I want to keep skiing! I don’t want it to be summer yet!” are selfish. Wanting there to be enough snowpack to thoroughly support our water needs, however, is not. I don’t think we emphasize just how much we rely on the snow in our mountains for non-recreational usage.

Snowmelt is important for many things such as providing for personal water use, dampening (no pun intended) the chance of wildfires, supporting ecological systems and many industrial uses. In the Western U.S., 80 percent of the water runoff from snowpack in the mountains is used for agriculture, according to researchers. 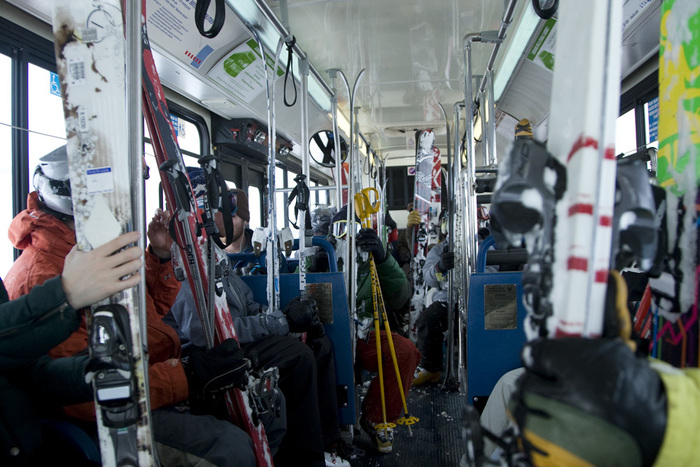 The bus from Snowbird to Alta.

So, what can we do about it? There are many things that can be done but I want to focus on one thing: transportation. Here in Utah, we can see how much nastiness gets trapped in the air, and much of that comes from our cars, buses and trucks. In 2010, the amount of CO2 produced by on-road transportation (this doesn’t even include off-road vehicles and equipment) was the second largest contributor after commercial/industrial buildings (U.S. Department of Energy, 2010).

“But I have to drive to work! But I need to get to the ski area somehow!” Yes, all valid reasons to use some sort of transportation, but do we all need to take our own personal vehicles separately to many of the same places? I think we can do better. Public transit is an option, both around town and to the ski resorts. We know that taking the bus to ski areas can be more difficult than it sounds depending on your starting point, so don’t worry, there are other options. Carpooling can be convenient—ride to the ski areas or park-and-ride lots together and save on parking, gas, emissions and time.

We want you to pledge to look for carpooling and public transportation options first to get to your final destination this winter and forever.

Abby Ghent is a former U.S. Ski Team and University of Utah Ski Team member. She grew up in the mountains of Colorado, calling Vail her home mountain. She moved to Utah three years ago to race for the U and is currently studying environmental and sustainability studies, international studies and music. 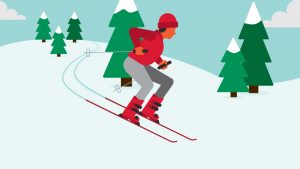 Dress for success on the slopes
November 1, 2019