If anyone I live with were to get COVID-19, I would be resigned to the idea that I would get it too. After all, my family breathes the same air without wearing masks and touches the same doorknobs, day in and day out. And yet, it’s not necessarily a foregone conclusion that members of a shared household will share the virus.

Once one person becomes infected, there is a 12% likelihood that someone they are living with will become infected too, according to the University of Utah’s Utah HERO phase one study. Reports from China (also here) indicate that what we’re seeing in Utah is similar to what’s happening elsewhere in the world.

Scientists arrived at the number by performing antibody tests on more than 8,000 Utahns in randomly chosen households across four counties in the state. A positive test indicates that a person has had COVID-19 sometime in the past. Among households where at least one person tested positive, the scientists calculated the proportion of remaining members who also had antibodies.

“You might think, ‘Wow if I’m in a household with an infected person, I’m a goner,’” says U of U Health epidemiologist Matthew Samore. “But that’s just not true. The interesting thing is, what are the implications?”

Close examination of COVID-19 cases worldwide has already taught us that new coronavirus infection spreads more readily when people are close to one another indoors for long periods of time. That characterizes the living condition of many homes—and yet spread from one person in a household to another fails to happen about 88% of the time. What, then, could make the difference between who is likely to spread the virus and who is not?

Perhaps you’ve heard of the term “superspreaders”? One explanation, says Samore and his colleague Damon Toth, is that there is a large variability in infectiousness, and certain conditions are conducive to spreading the virus to large numbers of people. There is support for the idea that a relatively small proportion of people could be responsible for much of the spread of the disease. Research suggests that 10% to 20% of infected people were responsible for 80% of the cases examined.

“If we can understand the factors that make people superspreaders, or that make people minimally infectious, then we can create better policies that better control spread,” Samore says. What could those factors be? Scientists are trying to answer the question, but several possibilities exist.

Biological differences that lead infected people to shed more virus—and for longer periods of time—could boost their infectivity. Characteristics like these could come from being in a certain age group, from changes in the immune system and from other reasons scientists have yet to uncover.

The surrounding environment presents another set of conditions that could make a big difference. Imagine that households with a large number of people in tight quarters, multigenerational families or poor ventilation could be particularly conducive to spreading the disease.

Whether superspreading conditions are the main culprit or transmission mainly comes from many mild spreading events, chances are spreading happens more frequently outside the home. An infected person is more likely to encounter a greater number of people in the community, and a superspreader can potentially infect dozens of others. That suggests that community spread—rather than household transmission—may be a main driver of the pandemic.

Regardless, Toth points out that it is still important to take precautions at home if you know that someone you live with either has COVID-19 or has come in close contact with someone who does. Utah HERO has found that about 1% of Utahns tested positive for antibodies, meaning that about 99% were still susceptible to the disease.

“Twelve percent is still a pretty high risk if you have someone coming home with the virus,” Toth says. “It is a lot higher than before you had someone in your household who is positive.” 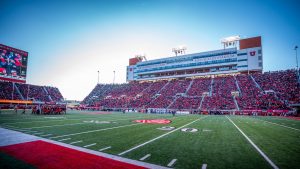 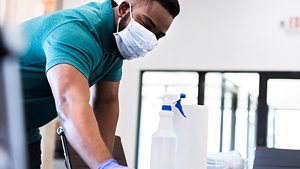 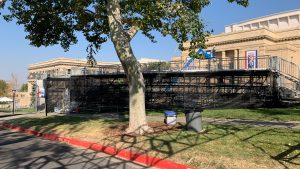