The first NICU was opened in 1968 with just four beds by Dr. August L. “Larry” Jung. It was truly a pioneering effort and was the first unit of its kind in the mountain west—and early on operated on a shoestring. Jung had to borrow equipment from other units, or buy it himself, in order to care for his small charges. His methods were successful though, and in the first year of operation, the infant mortality rate dropped in half. Throughout his career, Jung trained hundreds of physicians and nurses in the care of premature infants. Research begun by Jung and his colleagues has influenced the care of children across the nation and around the world.

“Early in his career, Dr. Jung and his colleagues pioneered ventilators, automated analysis of blood gases, and developed new approaches to resuscitate babies,” said Edward B. Clark, Emeritus Chair of Pediatrics at the University of Utah and a longtime friend and colleague of Jung’s. “He changed the lives of thousands of infants and their families. It’s an honor to celebrate not only Dr. Jung’s pioneering spirit but to recognize the contribution of our medical team members and volunteers whose dedication and care have helped carry on this legacy for the past 50 years.”

In the five decades since the NICU opened the patient capacity has grown to 55. Transport teams now bring in babies from all over the region via helicopter and airplane. The staff now includes neonatologists, nurses, respiratory therapists, pharmacists, social workers, occupational therapists, audiologists, nutritionist, phlebotomists and of course, countless volunteers. As the unit has gotten bigger the babies they care for have gotten smaller.

“We now can care for babies born at just 23 weeks gestation,” said Mariana Baserga, a neonatologist and medical director of the unit. “Some weigh as little as 400 grams–or just under a pound. They can fit in the palm of your hand.”

The NICU at the University of Utah has cared not only for babies for the last 50 years, but for their families as well. The reach of the caring and compassion of the staff spreads from the hospital, down the hill, throughout the valley, and all over the mountain west. And hopefully, it will continue that reach for the next 50 years.

“You trust them to take care of your baby when you’re not there and they do an amazing job,” said Michelle Bach-Harrison, whose daughter Caylin spent two weeks in the NICU. “As a parent, it’s hard to see your kid in the NICU. You walk away feeling like they love your kid as much as you do.” 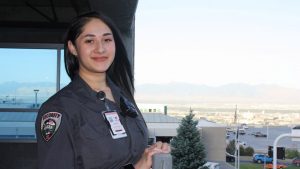 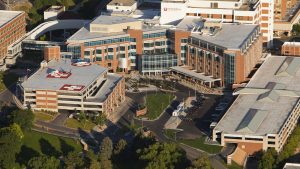 Working together toward safety
June 23, 2020 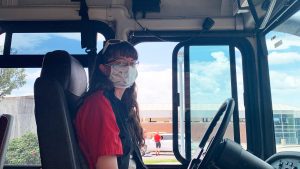 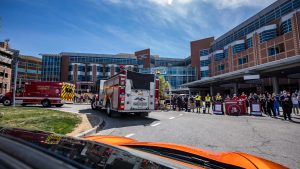