During a presentation about a recent trip she had taken to Nicaragua with other University of Utah graduate students, Judith Simcox, a postdoc in biochemistry asked the audience, “Why do you volunteer?”

As audience members shouted out their answers, one particular reason became clear. There they all were, in a room filled with research interns and graduate students in the sciences, poised on a university campus that provides them with resources and equipment necessary to do their work. And from that, stream of 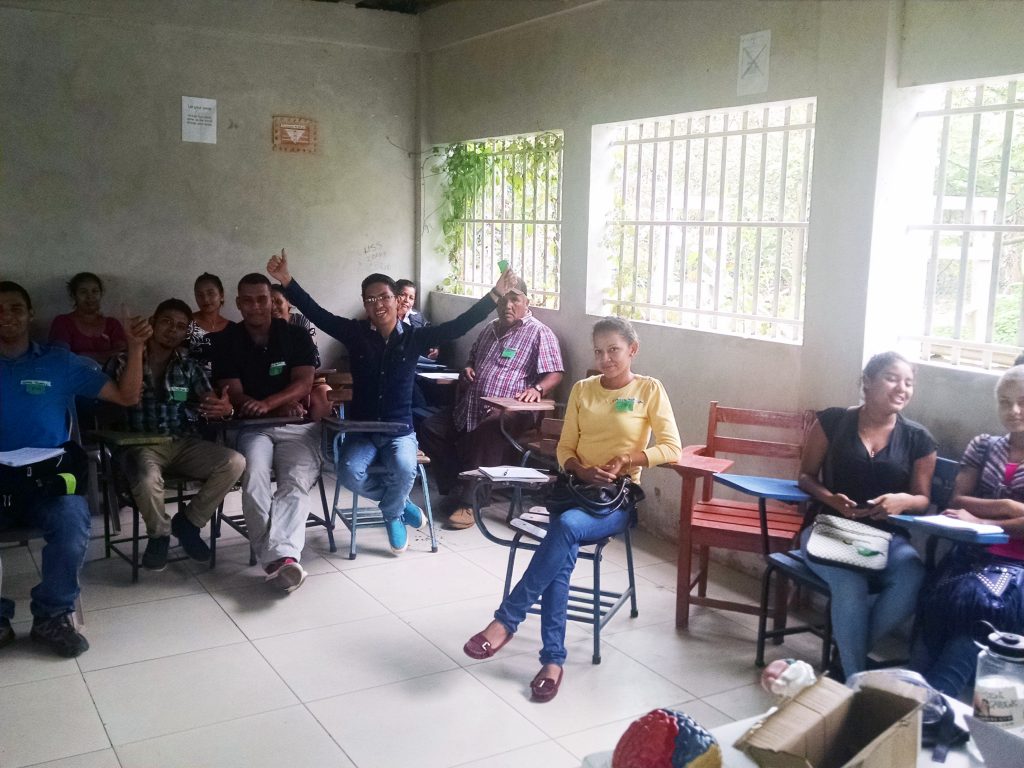 detailed knowledge about health and how the world works is harnessed. When we have a wealth of knowledge that has the potential to help people, concluded the audience, we have a duty to share it. Such is the driving force behind Brain Awareness Week, and in bringing the program to rural Nicaragua.

Brain Awareness Week (BAW) is an annual, international campaign founded by the Dana Foundation that can be described best as a celebration of the brain. The campaign builds public knowledge of basic brain function and increases awareness of continuing research in neuroscience. In Utah, BAW is typically run by University of Utah graduate students who share their knowledge during visits to elementary, middle, and high schools. Evan Ratzan, a graduate student in neurobiology and anatomy, conceived of the idea to bring this program to a place he believed could truly benefit from the knowledge: Jalapa, Nicaragua.

With the help of the Society for Advancement of Chicanos/Hispanics and Native Americans in Science (SACNAS), the American Association for the Care of Children (AACC), the Neuroscience Initiative, the Office of Health Equity and Inclusion, and a graduate research fellowship from the National Science Foundation (awarded to neuroscience graduate student Patrick Parker), Ratzan was able to organize the program and travel to Nicaragua with three others from the University of Utah: graduate students Daniella Chavez (human genetics), Patrick Parker (neurology), and Simcox.

What Ratzan, Chavez, Parker, and Simcox saw in Jalapa was startling to them. Extreme poverty and deficits in health care were most evident by unsanitary conditions and lack of care for elderly with dementia, severe cases of arthritis, and other chronic ailments. The aging population was often ignored, and at times left homeless, because their families had neither the resources nor knowledge of how to best care for them.

Ratzan, who had previous ties to Nicaragua through AACC, recognized the very real need for basic education on the brain in Jalapa. Beyond that, he also saw a strong motivation to learn. “They are really thirsty for knowledge,” he said.

As he anticipated, the rural community was excited to come to the lectures given by himself and the BAW team. Held at the Universidad de Martin Lutero, their audience was old and young, and came from both privileged and poor backgrounds, some walking long distances to get there. The U scientists quickly found that their audience had a keen interest in applied topics – nutrition, hygiene, and care – more so than in the standard undergraduate lectures on neuroanatomy, or learning and memory.

The audience showed their interest by peppering them with questions, the answers to some of which have serious implications: What are the temperatures you need to heat your food to kill bacteria? Isn’t vegetarianism bad for you? How can we feed our children well if we can’t afford to feed ourselves? “The need for education in basic health was a bit of a surprise,” said Parker. “We adapted and gave more focus to these topics than we originally planned.”

Simcox, who led the lectures on nutrition and hygiene, said about a dozen people would stay after each of her lectures to learn more. Based on their questions, she worked with a translator to create material designed to address them. For example, the translator helped her understand what people would be willing to do if they wanted to loose weight. She learned that they considered it important to eat “good food”, which to them was mostly red meat. From that feedback she developed new materials such as explaining what a calorie is, how to calculate the number of calories needed daily, and how many calories should be consumed from each of the food groups. “People would individually come up to me, give me a hug or shake my hand and tell me how important it was for them,” she said.

Ratzan is optimistic that their visit planted a seed to get the rural Nicaraguan community   thinking about how they can better take care of themselves and others. He and the other volunteers look forward to returning, equipped the next time with lectures and materials tailored to the needs of the community. “We want to encourage their enthusiasm, and provide an education that we hope will improve quality of life,” he said.