Man’s best friend gets an update

The Ivory Prize awarded to a student whose mission to give back has lead to connecting dogs with veterans to help heal the wounds of PTSD through the nonprofit organization Labs For Liberty.
Kelly Lasher - communications intern, University of Utah Communications

What started with an unsettling statistic that 22 veterans commit suicide each day has now become a real hope for change. Becoming a part of his mother’s vision to connect trained service dogs to veterans suffering from post-traumatic stress disorder was a no-brainer for Ivory Prize Award winner Jacob Nold. The nonprofit organization Labs for Liberty has a clear goal: To create a lasting impact for the better.

The former chair of the University of Utah’s Board of Trustees, Clark Ivory, established the Ivory Prize. The prize rewards and acknowledges students who go above and beyond to bring impactful change to the University of Utah and the greater community. Recipients receive $2,000 and a $10,000 donation is made in support of their cause. Nold has exemplified true leadership, and despite his busy schedule as a soon-to-be graduate, he has made it his mission to bring together the community of veterans and students at the U.

Having never served in the military, Nold questions whether others will see his efforts as legitimate. “One of the struggles with working for a nonprofit is achieving the intended goal while being objective with the decisions you make,” says Nold.  While he grapples with these thoughts, his clear focus for the goals for Labs of Liberty 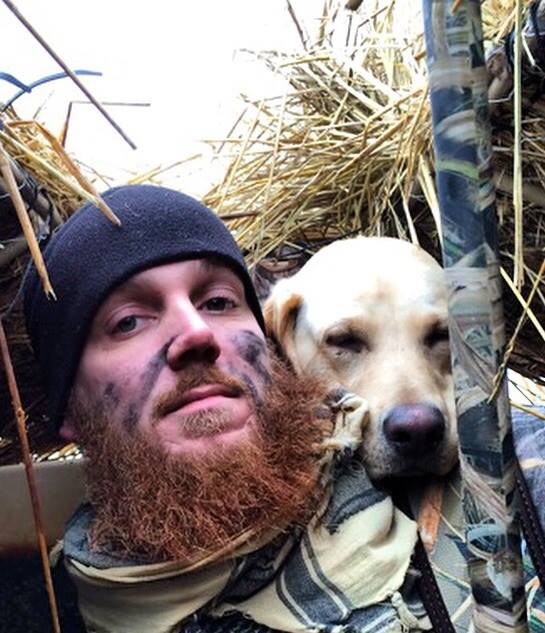 have made believers of the veterans whom he serves and has come to look to as mentors.

While the roughly 3 million combat veterans is small compared to the 20 million veterans countrywide, Labs for Liberty hopes to pick up where the Department of Veterans Affairs leaves off in terms of one-on-one veteran care. Nold notes that it can be difficult at times “not to get too emotionally invested” when working so closely with the labs and veterans, however he believes it is important to build relationships that will last a lifetime.

The service dogs are selected from Hunters Point Kennel in Iowa and are chosen for their calm demeanor and natural hunting ability. Nold, along with the volunteers, start training the dogs when they are 8-10 weeks old to instill the dogs’ service mission. Each pup is originally selected based on the needs of its intended veteran. For instance, if a veteran plans to return to school, the veteran may need a dog that can remain docile for extended time periods. Another may specify a large dog that can provide physical assistance. Once initial training is done, the dog and the veteran train together so that the relationship will be harmonious and lasting.

Nold and his family also offer veterans and their families a cabin retreat free of charge on their property in Morgan, Utah. Veterans can stay at “Liberty Outpost” for up to a week enjoying the outdoors and bonding with their new service dogs.

Through Labs for Liberty, Nold seeks to honor veterans for all they have sacrificed while serving for their countries’ freedom.