For the first time in program history, Utah Softball hosted an NCAA College Softball World Series Regional — and it was a super success! Against the backdrop of Salt Lake City’s foothills, the Utes went 3-0, defeating Fordham University in the opener and Brigham Young University in the region’s semifinal and championship round (by scores of 3-2 and 14-0, respectively), which earned them a trip to the Super Regional series versus Washington.

Led by head coach Amy Hogue, Utah Softball was awarded to be host of the Salt Lake City Regional thanks to its stellar regular season, where the team finished with a 33-14 record and were ranked No. 13 in the nation. The remarkable season was accentuated by a series win over then-No. 1 Arizona, a sweep of No. 10 UCLA in Westwood, Calif., and wins over No. 7 LSU and No. 13 Tennessee.

Utah Softball’s ascension to the upper echelons of NCAA softball began last year with its first trip to the Super Regionals. A big factor in the success has been Hannah Flippen, who has won back-to-back Pac-12 player of year awards and is Utah’s career leader in hits and runs. Backing Hannah up are four other All-Pac-12 players — fellow first-teamer and junior pitcher Miranda Viramontes, freshman outfielder Alyssa Barrera, junior pitcher Katie Donovan and senior shortstop Anissa Urtez.

However, Utah’s season came to a halt in the Super Regional versus Washington, as the Huskies took two out of three in Seattle to advance to the next round of College Softball World Series. It was super season though in which Utah Softball made every Ute fan proud. 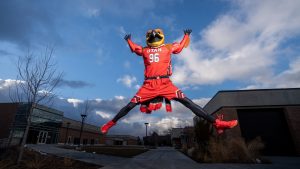 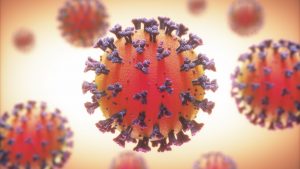 Measures being taken to slow the spread of COVID-19 to the university community
March 12, 2020
Privacy Policy | Disclaimer | Nondiscrimination & Accessibility