Five years ago, however, Lagan had no competitive shooting experience. Today she is a national champion and a runner-up for the 2016 Rio Summer Olympics. She credits her success to careful training, a good attitude, and supportive coaches as she now sets the 2020 Tokyo Olympics squarely in her sights. 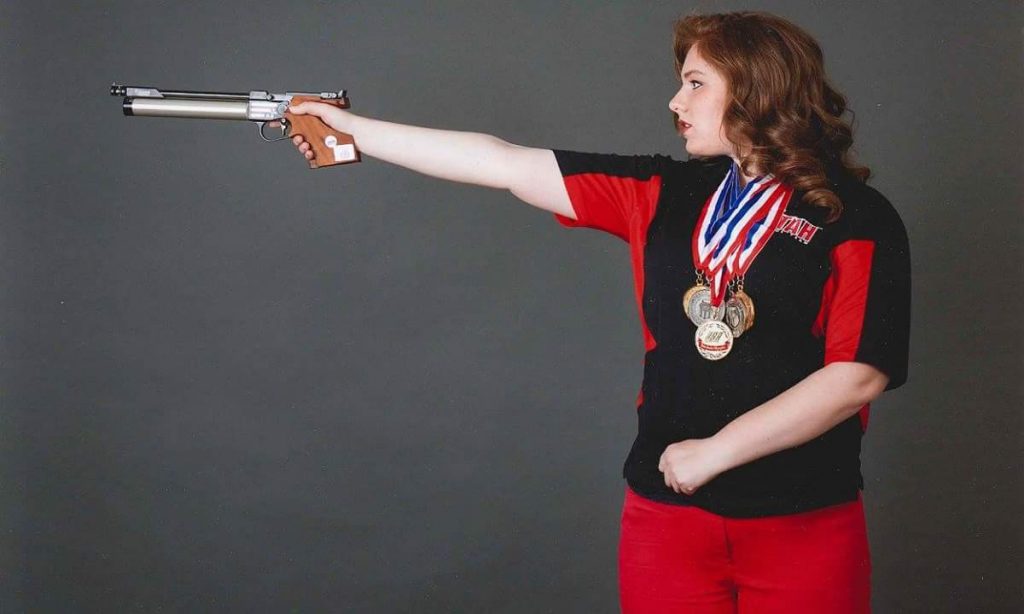 Lagan’s early shooting experience came from time spent with her father, a firearms training officer in the Las Vegas Metropolitan Police Department. During her freshman year at the U, Lagan discovered the Pistol Marksmanship team and soon found that the group did more than shoot at soda cans. Lagan had second thoughts about the club, but her father encouraged her to stick with it, telling her “You never know what will come of it.”

Several national championships and international competitions have now come of it. This year, before competing at the USA Shooting National Championships, Lagan shot in Olympic trials for both Women’s Sport and Air Pistol events. Her Sport Pistol trial didn’t go as well as she’d hoped, however, leaving her discouraged. Determined to change her attitude, she went into air pistol trials with a new mindset about shooting, focusing on the basics and focusing on competing with no one but herself.

“She’s really progressed mentally and emotionally the last few months,” says U Physics and Astronomy staff member and pistol coach Matt DeLong. “She was able to focus on her process of shot delivery and not think about anything else on the range.” Following her strong performance at the air pistol trials, in which she came in second in a bid for one Olympic slot, she carried the same focus and attitude into the USA Shooting National Championships.

The competition consists of two days of shooting, with one 50-minute session each day, and a final round. Shooters have the entire allotted time to fire 40 shots, with a shot worth up to ten points each. Lagan says she takes about 30 seconds for each shot, and uses the entire 50 minutes. She describes the moment of each shoot:

“I take a couple of nice, big, deep breaths, relax, look at my front sight while it’s down on the bench, pick it up, line up everything just right and then slowly let the shot break. Follow through on my front sight a little bit longer, take a nice deep breath, come back down to the bench, and look at that shot again.” 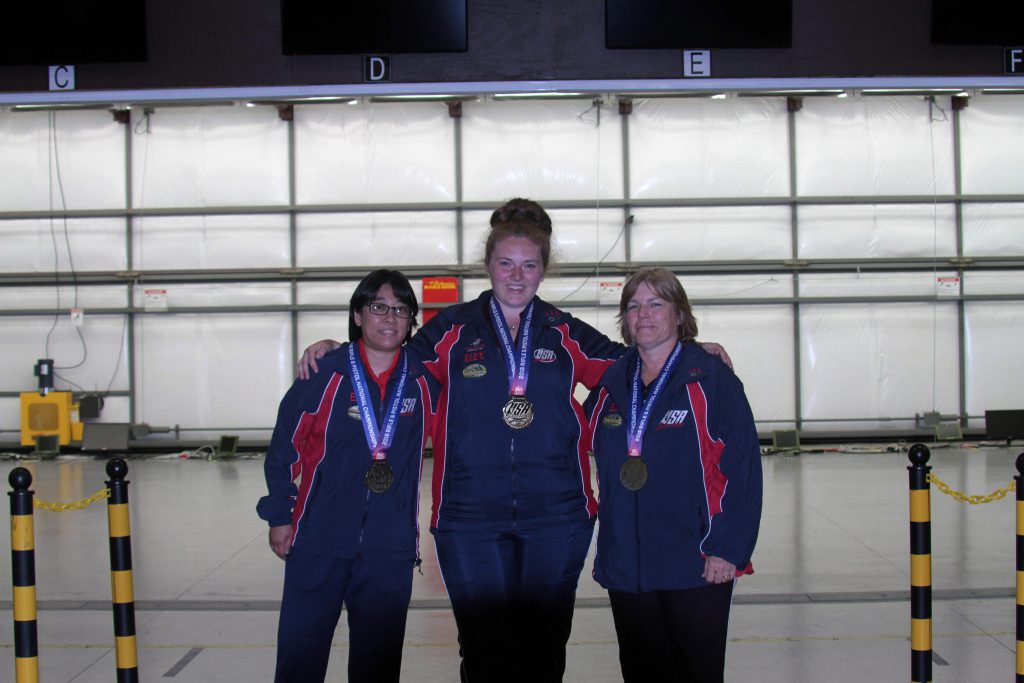 After her second shooting session, Lagan overheard talk about other shooter’s scores, and realized that she would win the championship outright if she placed fifth or better in the finals. Putting the thought out of her head for the moment, she placed third and then allowed herself to calculate the scores. She had won, and had even beaten out several previous Olympic shooters.

“Standing in the middle between two previous Olympians, who had both beaten me before – I can’t explain how over the moon I am,” she says. She thanks her family and friends for their support, and especially U coaches DeLong and Elwood Powell.

As a top-three finisher, Lagan earned a spot on USA Shooting’s National Team. Her placement puts her in the eligible pool to compete internationally at events such as the World Cup, valuable training for the 2020 Olympics.

“What Lexi really needs is international shooting competition,” DeLong says. “There’s nothing I can do as a coach that simulates real match pressure from shooting World Cups.”

Lagan’s National Team position also qualifies her for funding, a welcome boon for a full-time college student. Shooting can be an expensive sport, she says, when travel, equipment and ammunition costs are added up.

Next, Lagan turns her attention toward completing her senior year at the University of Utah, after which she hopes to stay in the Salt Lake area and work as a paralegal, in preparation for law school and an eventual career in patent law. She also plans to put in extra training time and enter several international competitions. DeLong is confident that her preparation will pay off in 2020. “I see no problem with her going to Tokyo,” he says.

Although her expertise in air pistol is well-established, Lagan is still working on expanding her repertoire. Recently, the hopeful future Olympian went shotgun shooting with her boyfriend’s family, who ribbed her about her shooting awards and fully expected her to ace every clay pigeon. The result? “I didn’t hit anything!” she humbly reports.