Sometimes even well-meaning people contribute to air pollution (exhibit A: the majority of attendees at the University of Utah’s “The Air We Breathe” symposium who arrived by car). So how do you inspire people to change?

Take a look at the way obesity rates have risen even though people know that diet and exercise help, said Robin Marcus, and “we’re quite naïve to think if you just give people knowledge it will change their behaviors.” Marcus, professor in the Department of Physical Therapy and Athletic Training and chief wellness officer at the University of Utah, was part of the symposium’s Environmental Health Literacy panel, moderated by Beth Krensky, U professor of art education.

Of the people who commute to the U, 50% live within eight miles of the campus, she said, yet a very small percent use mass transit. “We’re bringing people to this campus every day contributing to the problem.” As the U’s wellness officer, Marcus said her staff is looking at whether incentives work to bring about change. “Do we incentivize people to not buy a parking pass? Or pay people $2 a day to not drive to campus?”

“We need experts on our campus who are implementation scientists,” she added.

“There’s a big gap between attitude change and behavioral change,” said Danielle Endres, professor in the U’s Department of Communication. Technology alone won’t solve the problem either, she said.

Some of the things Endres wonders about: “How can our decisions about air quality be as democratic and just as possible? How can we foster broad public participation in air quality decision-making?” She urged conference attendees to remember that “there are many communities outside of academia that have vast stores of expertise.”

One way to change hearts and minds might be to let people see more clearly how bad the air is, and how undemocratically it’s spread across the Salt Lake Valley. That can include providing low-cost PM2.5 sensors to individuals and public schools, said Kerry Kelly, assistant professor in the U’s Department of Chemical Engineering.

“We need dense measurements” that complement existing, sparser measurements supplied by the state, she said. These “community-engaged measurements” can also be a way to bolster STEM education, she added. In one experiment, young students were taught to build their own pollution sensors out of Legos, LED lights, photo detectors and computer fans as a low-cost hands-on way to measure light scattering.

Not everybody absorbs information identically, noted Whitney Tassie, senior curator at the Utah Museum of Fine Arts. “Not everybody is inspired by graphs in the same way.” One solution: Art that is visceral—for example, adding smog to whipped egg whites, “so you can taste it.” Tassie is in the research and development phase of a six-month exhibit that will open in January 2021 that she hopes will bring air and air pollution to life.

Our energy hunger is tethered to our economic past
August 26, 2020 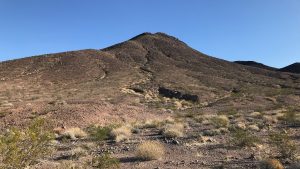