By the end of the day, no one would have guessed that 13-year-old Zachary Pruett originally wanted nothing to do with the First Star program at the University of Utah. 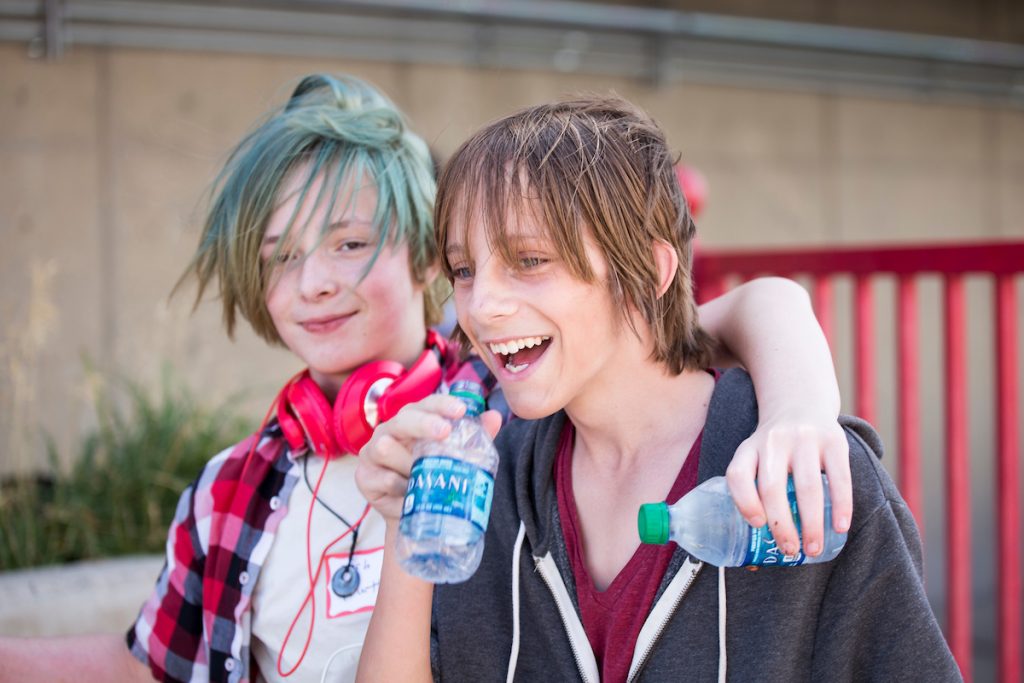 “I’m here because my grandma forced me to go to the preview for this program a few months ago,” he said. “But I’m glad she did because I’ve met really cool people, and I’m excited about living on campus next summer.”

Pruett is among a group of nearly 30 foster youth from across the state who will be in the inaugural cohort of First Star students at the University of Utah. First Star Academy is a nonprofit organization that has “pioneered support programs to launch foster children into productive lives and careers through higher education,” according to its website. The organization was founded in 1999 by Peter Samuelson, a Hollywood film producer who has also created several charities.

“Children who experience trauma need extra mentoring and support to succeed,” said Crystal Vail, adolescent services program administrator for the Division of Child and Family Services in Utah and partner in administering the program. “First Star follows students for four years, regardless of their permanency plan, so there’s time to build relationships and support them over the years.”

Vail pointed out the difficulty many foster youth experience as they transition out of the foster care system when they turn 18.

“Without a network of adults to encourage them, help them financially and guide them through new endeavors, living independently can be a real challenge — and going to college is nearly impossible,” she said.

Nationally, less than 50 percent of foster youth graduate from high school. Only 3 percent go to college, and less than 1 percent graduate from college. However, more than 90 percent of those who have attended First Star academies have gone on to pursue higher education. The University of Utah will be the first institution in Utah to have an academy.

“This program does it all — it provides stability, builds relationships, supports students and their families, strengthens academics and exposes students to a college campus and gives them a taste of what college can be like,” said Sandi Pershing, assistant vice president for Engagement.

Students in the U’s First Star Academy attended an opening event July 20, 2017, where they met each other for the first time; discussed their strengths and interests; wrote letters to themselves to be read at their high school graduations; played football with U alum, NFL quarterback and foster youth supporter Alex Smith; and celebrated with their foster families at an ice cream social. 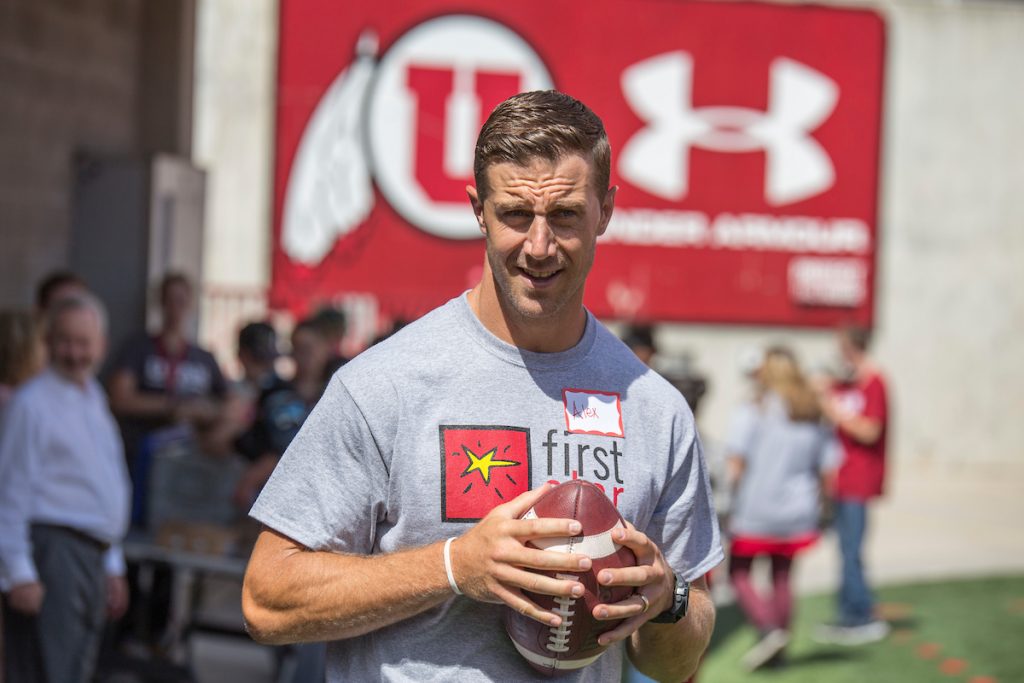 The students will continue to meet on specific Saturdays through June 2018, culminating in a four-week stay on campus during summer 2018 in the Lassonde Studios, the university’s newest residential facility that doubles as an entrepreneurial workspace and start-up hub. The cycle will continue each year until the students graduate from high school.

“It’s really beautiful to think that as university students go home for the summer, our campus becomes home to a new group of students,” Pershing said. “Foster youth change families an average of six times, so we are incredibly pleased that our campus can be a consistent place for this group of young people who don’t always have stability in their lives.”

Planning for the future

Pruett was among those who never anticipated going to college, but now he can’t wait to call the U home.

“I thought this program sounded dumb because I didn’t want to go to college,” he said. “I didn’t think I could make it. I don’t like school because it’s boring. But today showed me that college is not all books. You get to do a lot of stuff, and I can’t wait to live on campus with my friends.”

It only took one day to change his mind, and these friends he’s excited to be with are people he didn’t know just hours earlier.

Pruett lives with his foster-parent and grandmother, Linda Fouse, who is in the process of adopting him and his younger brother. In order to remain a licensed foster parent, she is required to participate in 16 hours of training annually. Every month, she receives emails from the foster care program with information about resources, events and training opportunities. The information session for the First Star Academy happened to be included in one of those emails.

“I needed training hours and a place for him to visit with his dad — plus it was a way to involve the children in college,” Fouse said. “I saw it as a win-win-win situation. I told everyone they had to go, and no one was happy with it except me. But 30 minutes in, Zach was jumping on me saying, ‘thank you, thank you, thank you! Please let me do First Star!’”

Fouse never had the opportunity to go to college, but she keeps education savings accounts for all of her grandchildren in case they decide to go. She says it’s her dream to see at least one of them graduate from college.

“Zach was positive he didn’t have a chance because of his grades and his background, but then he came here and saw this,” she said. “It is such a warm fuzzy feeling. I am really, really grateful for that email. I hope he stays with the program.”

As she gathered her things and prepared to leave, Pruett bounded off with his new-found friends — not yet ready to go. “Grandma, if I don’t come home today…”

The First Star Academy at the University of Utah is funded by the George S. and Dolores Doré Eccles Foundation; the B. W. Bastian Foundation, the Kahlert Foundation; Jim and Stacia Nusbaum; UpStart Ventures Management in memory of Ted Stanley, MD; the Utah Department of Child and Family Services; the Utah Department of Education; and the following University of Utah divisions: The David Eccles School of Business, Lassonde Institute and Undergraduate Studies.

To give to the program or to volunteer, contact Marisol Perez-Gonzalez, University of Utah First Star Academy coordinator, marisol.perez@utah.edu.