This fall, the first cohort of students to participate in the U’s Promoting Access to High Schoolers (PATHS) program will embark on its junior year. All 25 students joined the program heading into their freshman year of high school and are on track to not only graduate but continue their education at a college or university. 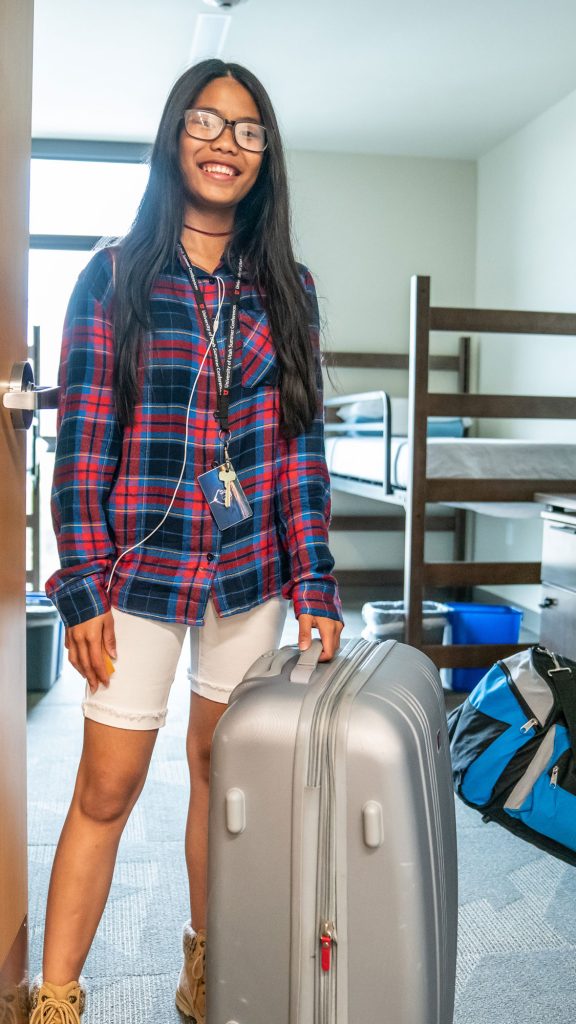 Leek spent a year researching what barriers exist between high school students and higher education and what they need in order to be successful and ready for college. She and Nate Friedman, interim associate dean of Continuing Education and Community Engagement (CECE), came up with the PATHS program to support underrepresented and first-generation high school students from their first day of ninth grade to their first day of college and beyond.

Right now, there are 75 students going through the PATHS program—25 in each cohort entering grades nine-11. They come from about 10 high schools throughout the Salt Lake valley. Leek finds students who will benefit most from the program by meeting directly with educators and administrators in junior high schools. She also works closely with University Neighborhood Partners who help ensure parents are included and advocating for their children.

“It’s vital that parents be involved in this process because they’re the ones making sure their kids show up to the bus stop and getting to certain activities,” said Leek. “We do provide transportation from the westside to the U, but it may be a walk to the bus stop or something else that takes some accountability to make sure the student shows up.”

Most of the PATHS students identify as either low-income, immigrants or refugees. The program creates a community of students and mentors who can support each other and provide greater access to education.

During the school year, PATHS counselors have biweekly tutoring and mentoring sessions with the students and host monthly engagement activities. 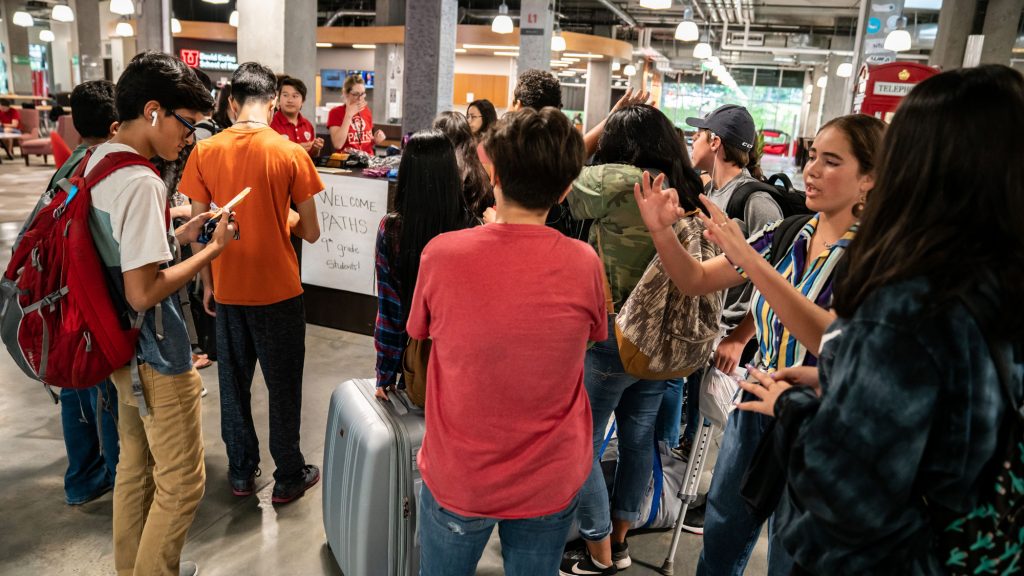 PATHS cohort of ninth-graders arrives for its first overnight camp at the U.

Over the summer, the PATHS programming is divided into two experiences on the U’s campus: a day camp and an overnight camp. The day camp focuses on teaching students valuable academic and social skills that will help them succeed in the coming school year. They focus on writing and researching and teach the soon-to-be ninth-graders how to take notes.

The overnight camp is an opportunity for the students to explore higher education and all the resources available at the U.

“I’m literally trying to get these kids in every lab and classroom to explore every program on campus,” said Leek. “So far they’ve visited over 20 programs on campus. They went to the School of Medicine and the college of pharmacy and have been able to actually learn and use equipment there.”

This summer, the students who are going into 11th grade participated in an ACT preparation course, did stop-motion animation with ArtsBridge, and learned how to advocate for themselves and their community with the Hinckley Institute of Politics. They’re able to stay in the Lassonde Studio dorms for two weeks to get the full college experience. The ninth-grade cohort stays in Lassonde for two nights.

“Being involved with PATHS has been so much fun so far,” said Kailah Figueroa, a ninth-grader at Salt Lake Center for Science Education. “It’s a really good program and it’s definitely going to help a lot of us get into college.”

Over the next four years, Figueroa, her twin brother and their 23 peers will continue to meet with their PATHS mentors and friends in hopes that they all graduate together and continue on to higher education. They’ll also be encouraged to stay involved with PATHS and become mentors to future cohorts.

So far, the majority of PATHS students have returned to the program each summer, giving it a 90% retention rate. Leek said it is a testament to the strong community environment they have created, and that none of it would be possible without the contributions of several community leaders, parents and organizations on campus.

“PATHS couldn’t exist without support from everyone at the U who has constantly partnered with the program for these past three years,” said Leek. “It’s a university-wide effort to support these students and it’s great that we’re able to use established campus resources to keep it going.”