As a young woman, Martha Aston knew something wasn’t right. 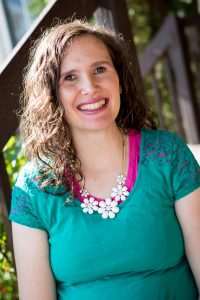 “I was preparing for my junior piano recital in college and I just didn’t feel good,” she said. “Performing one piece of music exhausted me.”

Beyond the bone-grinding fatigue, she also could not catch her breath. During a routine medical check-up a few months later, her doctor paused while listening to her heart.

“He asked me if I knew I had an irregular heartbeat,” she said.

Martha did not realize it, but she was about to begin a long medical journey that would weave a genetic thread through space and time linking her to John Flemming Wakefield, her great, great, great, great grandfather who crossed the country as part of a caravan from Pennsylvania to Utah in the early-19th century.

Forging the path to medical discovery

After some additional medical tests, Martha was diagnosed with atrial fibrillation, a condition caused by an irregular heart rhythm that stresses the heart and increases the incidence of heart failure and stroke. 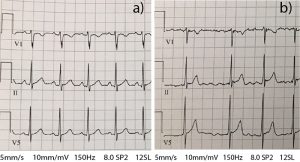 An electrocardiogram for a) a normal patient and b) a patient with atrial fibrillation.

“During atrial fibrillation, the atria are moving so fast that they don’t contract but quiver,” said Martin Tristani-Firouzi, University of Utah Health. “The atria are unable to effectively pump blood into the ventricles.”

While atrial fibrillation is more common in older adults, it is highly unusual in a young person. At only 22 years old, Martha was an anomaly.

During the next five years, she tried multiple medications to reign in her galloping heart. While the medications brought her heartbeat under control, she also was burdened with debilitating side-effects from low blood pressure to uncontrolled blood sugar levels. And she was still so tired.

“I couldn’t exercise. I couldn’t even drive,” she said. “I was living my life in a fog.”

Searching for relief, Martha turned to Nassir F. Marrouche, professor in Internal Medicine and Executive Director of the Comprehensive Arrhythmia Research and Management (CARMA) Center at U of U Health. With an eye toward personalized care, he used advanced heart imaging techniques developed at U of U Health to evaluate the severity of her condition and propose new options. He suggested that catheter ablation may be an effective treatment to restore her life to normal.  While it may seem like a scary, last resort, for Martha it was a lifesaver.

During the procedure, the doctor burns the cells around the entrance of the pulmonary veins, creating scar tissue. Similar to firefighters laying down a suppression line to contain a forest fire, the scar tissue blocks the hyperactive rhythm from being transmitted to the rest of the heart, allowing the muscle to return to a regulated beat.

“A week after surgery, I was up, walking, and riding my bike,” she said. “It has been such a blessing to be able to live such a regular life without having to deal with the expense and side-effects of the medication.”

Marrouche was intrigued by the Aston family’s long history of heart problems. There were too many relatives suffering from atrial fibrillation, especially at a young age, to be a fluke. He put Martha in touch with geneticists at U of U Health to decipher this family mystery. 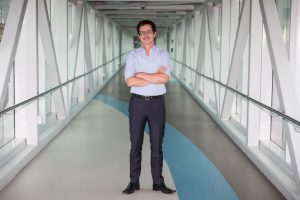 A photo of Martin Tristani-Firouzi.

Several years later, Tristani-Firouzi and colleagues began identifying patients with early onset atrial fibrillation for a pilot project funded by the Utah Genome Project. Tristani-Firouzi asked Martha and other family members to provide DNA samples for whole exome sequencing, a technique that reads the sequence of “letters” in an individual’s genetic code. Working with his colleagues in the Department of Human Genetics, they discovered a misspelling in the sequence. This small change in the code affected an ion channel on a gene called KCNQ1, which plays a crucial role in transmitting electrical signals in the heart.

According to Tristani-Firouzi, U of U Health researchers first linked the gene to Long QT syndrome, a condition associated with an erratic heartbeat, in the 1990s. Martha’s mutation, however, was a bit different. As a gain-of-function mutation, it set her heart into a hyperactive mode. The upper chambers of the heart (atria) overperform compared to lower chambers (ventricles), beating 500-600 beats per minute instead of the typical 60-100 beats per minute.

Tristani-Firouzi knew the Aston family could not be alone. received approval to scour the Utah Population Database at the University of Utah, which contains genealogical records of millions of individuals that are linked to medical records and vital statistics data, to determine if there were other people with the same mutation. He flagged clusters of distant relatives, all with early onset atrial fibrillation, who could trace their heritage to John Flemming Wakefield.

“This is a private mutation that is not common in the general population,” Tristani-Firouzi said. “We can use the Utah Population Database to understand the disorder and facilitate genetic diagnoses so we can screen individuals and catch the disease before symptoms are present.”

Tristani-Firouzi began screening Martha’s family members to identify who might be at risk.

“For me, this study is a satisfying example of precision medicine,” Tristani-Firouzi said, referring to a rapidly advancing field of health care that is based on an individual’s unique genetic and environmental background.

While the effects of the mutation do not manifest until the early 20s, knowing a person has this gene mutation provides doctors time ¾ time to monitor the progress of the disease and prescribe medications that keep the heart from racing toward a hyperactive beat.

Bringing beats to the lab

With a gene identified, Tristani-Firouzi is now taking the research to the laboratory. It is impossible to experiment on the human heart, but Tristani-Firouzi was not deterred. He obtained blood cells from affected and unaffected patients and converted them into stem cells. Using this blank template, he creates beating heart cells ¾ a heart in a petri dish.

Tristani-Firouzi is using these cells to understand the biology of the gene mutation. The research team plans to study how the normal, healthy cells function compared to cells with the mutation.

“We can use the heart cells to understand how the potassium channel affects the electrical impulses that are transmitted through the cell,” he said.

With this information, they can work to develop new treatments and therapies that could not only help Martha, her family, and her distant relatives, but other people who also suffer from similar heart conditions.

For Martha and the Aston family, the most critical component of the story has already been written.

Fifteen years after a diagnosis and 10 years after surgery, Martha is free of medication and living a normal life. She and her siblings have participated in a pioneering genetic study to identify the gene responsible for early-onset atrial fibrillation and are helping to identify other family members at risk. No one has to suffer, live in fear, or die young.

“I might have a few limitations, but I can still do a lot, and I don’t have to be scared for my kids,” she said. “I now know we can treat this condition, and we can live our lives.”