At first glance, you may not think robotics professor Steve Mascaro and entomology doctoral student Eric Middleton have much in common, but when they met on the set of the NBC reality TV show, “American Ninja Warrior,” in Minneapolis, they had a couple of connections—the University of Utah and a love of science.

“There are a lot of ninjas that have inspiring stories of overcoming diseases or a really great cause they’re working for, and at least for me, it was great to see someone else from the sciences using the show to get the word out that you can do this really cool stuff with engineering and bugs, and still be an interesting person,” Middleton said. “It was really fun meeting Steve, and not just because of the university connection, but also because he’s focusing on science.”

“My favorite part was meeting over 100 of the competitors from all different walks of life,” Mascaro said. “Finding out why they’re inspired and what this challenge means to them really inspires me.” 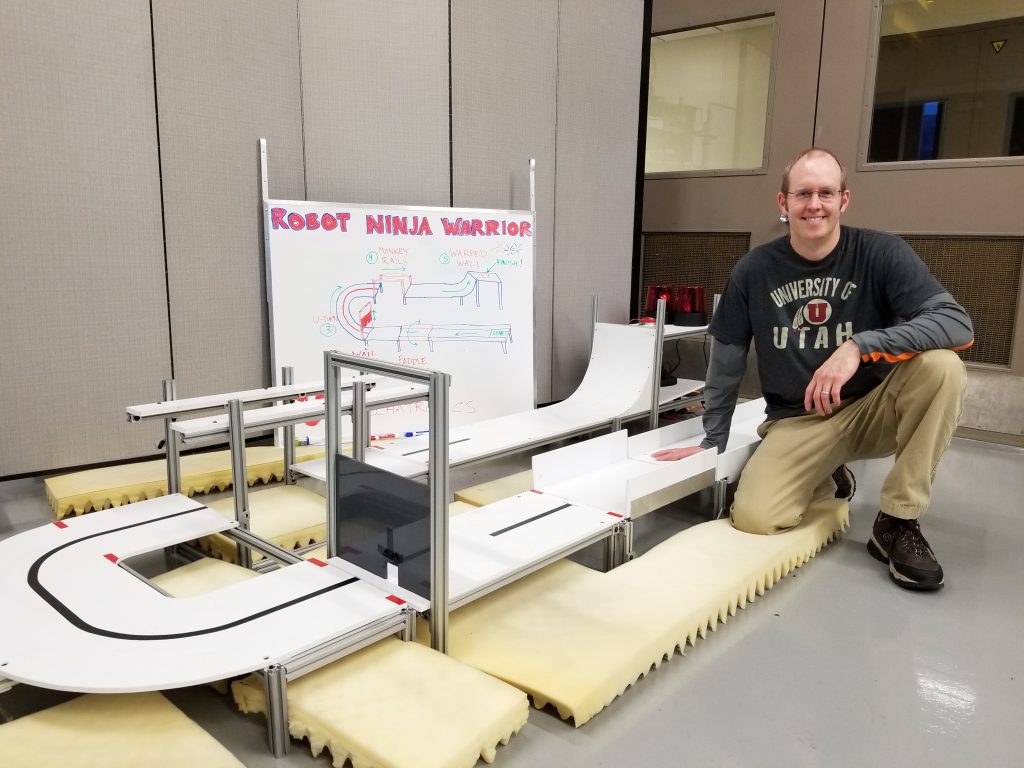 By day, he’s a mild-mannered, bespectacled associate professor in mechanical engineering at the University of Utah. But when the TV cameras turn on, he’s an “American Ninja Warrior.”

Mascaro is a fan of the popular show, in which contestants climb, crawl and jump through a notoriously difficult obstacle course. His dream was to compete on the series, but he had never auditioned. Then, he made a promise to his robotics students: If they built small robots that can maneuver through an obstacle course similar to the TV show’s course for humans, he would audition. The students did just that, and Mascaro began to train.

On Monday night, July 9, 2018, he got his wish, appearing on an episode during the show’s Minneapolis qualifiers.

“My goal in all of this was to show my students that it can be fun and rewarding to challenge yourself both physically and mentally,” he said. “If you’ve ever watched the show, it’s very challenging and only a few can conquer the entire obstacle course. Only a few robots are able to completely conquer the obstacle course I create for my students, but watching them rise to the challenge and  students seeing each other succeed, it’s inspiring for everybody.”

Even though Mascaro didn’t make it through the entire obstacle course on American Ninja Warrior, that’s not stopping him from continuing to train. And this fall, he plans to tweak his robot course and offer the same challenge to a new group of students.

Click below to see KSL, Channel 5’s story on his journey to both inspire his students and live out his long-held dream. And also click below on Mascaro’s audition video sent to the show’s producer that got him picked for the July 9 episode. Click here to see the full episode on NBC.com. 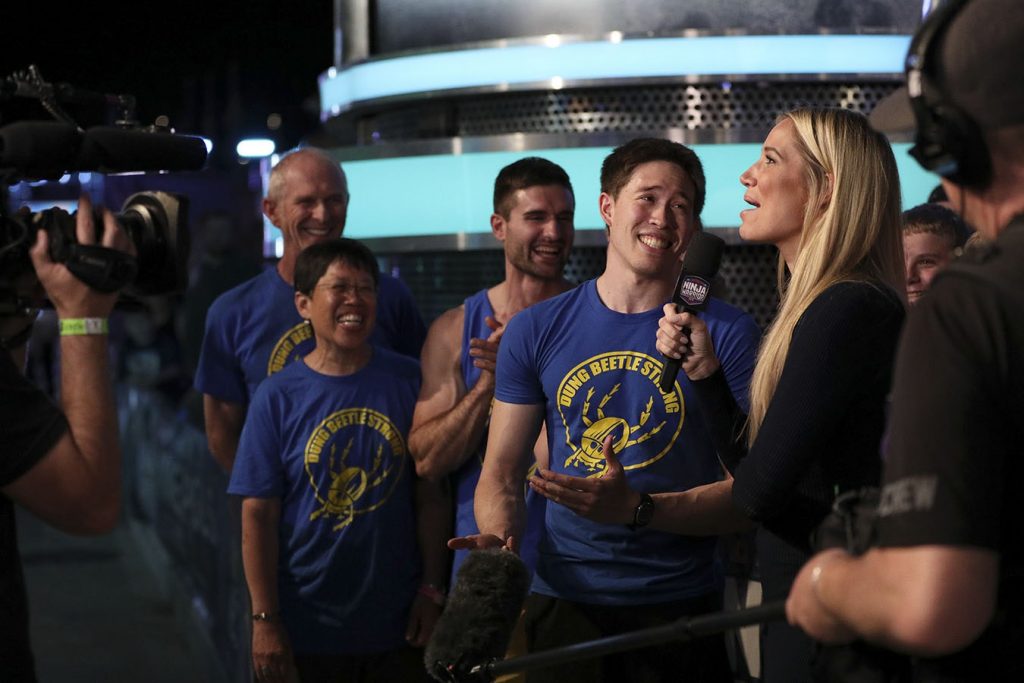 “Skittering like a water beetle” may have been the perfect description of Eric Middleton as he breezed through “American Ninja Warrior” Minneapolis city qualifiers, the first finisher of the night and claiming the second-best time.

The popular TV hosts, Matt Iseman and Akbar Gbaja-Biamila, were bugging out his entire run, as the University of Utah alum and current University of Minnesota entomology student made a bet with them that after he hit the buzzer, they had to eat a tempura-fried tarantula. He even razzed them in the middle of his run about the eight-legged snack as the crowd chanted “eat that spider.” And they did just that.

“I think insects are really cool and interesting and can impact our lives in weird ways,” Middleton said. “And it’s been really great to bring more awareness about entomology. I’ve had people reach out to me on Facebook saying their kids saw me on the show and they’re really excited about bugs and excited that there’s somebody else out there who thinks bugs are cool.”

Middleton said he’s made it to the national finals the past two years, but this year had the best run so far.

And this bug-loving student will continue on to the city finals, airing on NBC in August. And if he qualifies, the next step would be the national finals in Las Vegas.