It had been 10 years since 79-year-old Manuel had seen his own face. He came to the U.S. from Mexico as a teenager on a temporary work visa. When that expired, Manuel went home but came back to America without a visa. After a shoulder injury prevented him from working, he found himself homeless and losing his eyesight.

For the past decade, Manuel has been almost completely blind. But in October 2019, he was finally able to have cataract surgery after a University of Utah medical student stepped up to help. 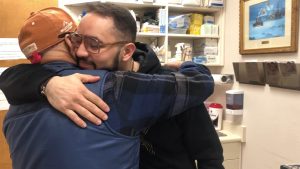 “The entire procedure took less than an hour,” said Joaquin Zetina, a first-year medical student at the U. “When it was finished, Manuel looked in the mirror and said he didn’t recognize himself since it had been so long that he was almost completely blind.”

Zetina was volunteering at a free eye clinic in Ogden when Manuel came in for help. They knew he needed surgery but weren’t able do the procedure at that facility. Instead of sending him away without answers, Zetina continued searching for a solution.

“I worked with the clinic manager to find a physician who was willing to do the surgery pro bono,” said Zetina. “But the facility still required some payment, so I remembered a person who I had met from the Mexican consulate and I reached out to him.”

Zetina’s contact was able to secure funding from the Mexican government to pay for Manuel’s cataract surgery. 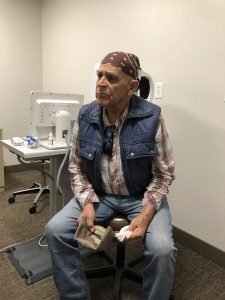 79-year-old Manuel spent 10 years nearly blind before Zetina helped him get his cataract surgery paid for.

“It was really special because I feel like I’m in a position now where I can really help others,” said Zetina. “I figure I don’t have to wait until I graduate to start making a difference, so I was grateful to be part of changing Manuel’s life.”

Helping this particular person had some special meaning, too. Like Manuel, Zetina is from Mexico.

“Manuel has been retired for several years but doesn’t have access to his retirement since he doesn’t have a green card so as a DACA recipient myself I really empathized with that,” said Zetina. “I also didn’t want him to feel alone because I have my family here, but his family is in Mexico, so I wanted to help make sure he had some support.”

Zetina was right by Manuel’s side during his surgery, shadowing the surgeon and serving as an interpreter for Zetina and the medical team. As soon as the procedure was finished, Manuel was able to see again.

“That was the really emotional part,” said Zetina. “He was really excited and grateful. This whole experience was just a really inspirational start to my career and keeps me motivated to continue helping others whenever I can.” 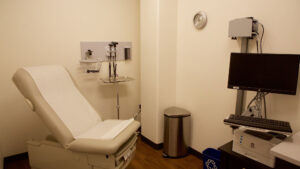