By Judy Fahys *This article originally appeared on KUER.org. Fitness buff Barbara West is skipping her morning circuit training class next week. The 92-year-old’s playing tennis at the Huntsman Senior Games instead. “She’s good,” says her doubles partner, Betty Helland, age 90. “I can’t move as fast as she can, so she covers a lot […]
Janelle Hanson

*This article originally appeared on KUER.org.

The 92-year-old’s playing tennis at the Huntsman Senior Games instead.

“She’s good,” says her doubles partner, Betty Helland, age 90. “I can’t move as fast as she can, so she covers a lot of the balls that I can’t do. And she does a fantastic job.”

Helland says West has a strong backhand too. It keeps opponents scrambling, and you need that kind of edge when your competition is a full generation younger.

Mike Martinez runs Coach Mike’s Tennis Academy on Salt Lake City’s East Bench. He’s helped West up her game by focusing on form. He’s 70, and she was his health ed instructor when he went to college at the U.

“Barbara’s taught me how to stay young,” he says. “And that is working out, do the physical work, and that’s what keeps you young – not the mental.”

West is former chair of the U’s Department of Exercise and Sports Science. She fought for pay equity there and started a trend by wearing slacks. Now students in that department coach her three times a week in pushups and weightlifting.

“I can still do as many abs as anyone in the class and maybe more,” she says, chuckling. “But that’s the only bright spot now.”

West says eating right and good genes help keep her healthy. So does playing bridge and keeping up with 15 grandchildren and 22 great-grandchildren.

But mostly, she says, it’s the exercise.

So she’s not sweating the fact that she’s up against players in their 70s next week.

“A big challenge would have to be if I tried to play with people who could run all over the court because they can retrieve everything,” she says, laughing. “But I feel so good, and I can still move on the court.”

Last year West and her doubles partners brought home silver and gold medals from the Huntsman games in the 85-and-over age category. 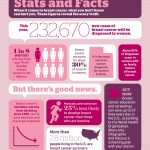 Odds are that you know someone who has been affected by breast cancer, but do you know what you can do to prevent it?