[bs_row class=”row”][bs_col class=”col-sm-8″] RESISTANCE TRAINING AND TYPE 2 DIABETES According to the American Diabetes Association (ADA) the number of Americans with diabetes in 2012 was 29.1 million people which represents 9.3 percent of the total population. In that same year the ADA reported that 86 million people aged 20 or older had prediabetes, this an […]
Janelle Hanson

According to the American Diabetes Association (ADA) the number of Americans with diabetes in 2012 was 29.1 million people which represents 9.3 percent of the total population. In that same year the ADA reported that 86 million people aged 20 or older had prediabetes, this an increase from 79 million in 2010. Diabetes remains the seventh leading cause of death in the United States with 69,071 listing it as the underlying cause of death and 234,051 listing it as a contributing cause of death, this in 2010. The ADA in 2013 reported a total cost for diabetes at 245 billion dollars for the year 2012.

Impaired glucose tolerance (IGT) is a leading cause of the development of Type 2 diabetes. IGT is also associated with increased risk of overweight, hypertension, cardiovascular disease and metabolic syndrome. As a result establishing methods to prevent or delay IGT is of great importance to HealthCare professionals. It has been well documented that physical activity is recommended to delay or prevent the development of Type 2 diabetes, in particular several studies have improvements in glucose tolerance after resistance training.

Despite the positive light this study has brought to resistance training and Type 2 diabetes further studies are encouraged to understand the findings of this study. Insulin-mediated glucose disposal in skeletal muscle is crucial to the lowering of blood glucose levels. It has been shown that physical activity can triple the disposal in skeletal muscle with specific mechanism attributed to increases GLUT4 transporter. 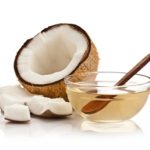 WHICH OIL IS THE BEST OIL

It’s being called new research, but it’s something nutritionists have known for years: Coconut oil is not a health food. The oil is naturally high in saturated fat, which has been proven to increase the levels of LDL (bad) cholesterol in the body and increase the risk of heart attack and stroke.
“I think coconut oil has so many advocates right now because it’s plant-based and has a good cooking quality,” says Julie Metos, R.D., a dietician with University of Utah Health. “However, earlier nutrition research showed its high saturated fat content. The new warning from the American Heart Association is a reiteration of what we already know.” 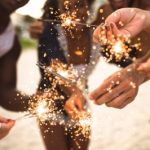 PLAY IT SAFE THIS JULY

Kids are running through sprinklers, teens are hanging out in front of the slushy shack, and the smell of barbecues is in the air. Summer is here, and Fourth of July celebrations complete with fireworks are on the way.

While fireworks bring an element of excitement to our national holiday, they’re also a top safety concern for your eyesight. Almost 20 percent of all firework-related injuries are to the eyes, says Moran ophthalmologist Brian Zaugg, M.D.

“It’s not just the big fireworks that you need to worry about,” says Dr. Zaugg. “Sparklers burn at about 2,000 degrees Fahrenheit. That’s as hot as a blow torch.”