[bs_row class=”row”][bs_col class=”col-sm-8″] BOOSTING YOUR EXERCISE IMMUNE SYSTEM By Blake Densley, ACSM EP-C, Kinesiology graduate teaching assistant The scientific community has believed for quite a while that exercise, a form of stress, suppresses the immune system and can potentially lead to getting sick. It was believed until recently that white blood cells, those great immune […]
Janelle Hanson

The scientific community has believed for quite a while that exercise, a form of stress, suppresses the immune system and can potentially lead to getting sick. It was believed until recently that white blood cells, those great immune cells that roam the body and attack foreign substances, increase during exercise in the circulation, but rapidly decrease following that activity. It was originally believed that those cells were actually destroyed during exercise.

Today, it has been theorized that those white blood cells instead travel to different tissues following exercise to react to additional stressors and are not destroyed. This can still leave the body vulnerable. It has been shown that vigorous intensity exercise bouts leave an individual at higher risk for respiratory infections. On the other hand, moderate-intensity exercise, like brisk walking, is actually protective of respiratory infections. This means that intensity is important with immune function. The harder one works, the riskier it can be.

So, what can be done? Researchers say to reduce the risk of getting sick following vigorous or high intensity exercise sessions, simply eating carbohydrates during or following the session can help. The body is very sensitive to blood sugar levels, which if maintained can prevent any significant immune responses.

In general, it is suggested to consume between 30 and 60 grams of carbs per hour for exercise bouts of 90 minutes or more. This amount can also be consumed after exercise to help resume immune function following exercise.

SMARTPHONES’ EFFECTS ON YOUR CHILD’S SLEEP 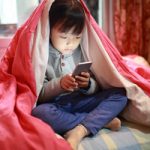 Your child may want to take his or her smartphone or tablet to bed. But is it a good idea? Pediatrician Dr. Cindy Gellner says using a mobile device before bed reduces sleep time for kids, which can disrupt sleep quality and quantity. Learn more about what parents should know before allowing mobile devices at bedtime. 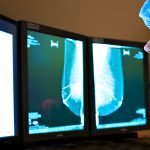 Once breast cancer spreads through the body, it can degrade a patient’s healthy bones, causing numerous problems. Scientists at Huntsman Cancer Institute (HCI) at the University of Utah have identified a new way that bones get destroyed through cancer. And they’ve also learned how to block that destruction with a new drug. Initial tests with patients show promising results.

The findings were published today in Science Translational Medicine. Alana Welm, Ph.D., an investigator at HCI and associate professor of oncological sciences at the University of Utah, led the study.