Vice President Joe Biden will speak at the University of Utah on Dec. 13 at noon in Kingsbury Hall, 1395 Presidents Circle. Tickets will be free to U students with their UCard and will be available at the Kingsbury Hall ticket office beginning Dec. 4 at 10 a.m. Tickets for community members will be limited to two tickets per person and will cost $10. They will be available online and at the ticket office beginning Dec. 7 at 10 a.m. The 47th vice president’s appearance is sponsored by the University of Utah MUSE Project (My U Signature Experience), a university presidential initiative that works to enrich undergraduate education across the U. 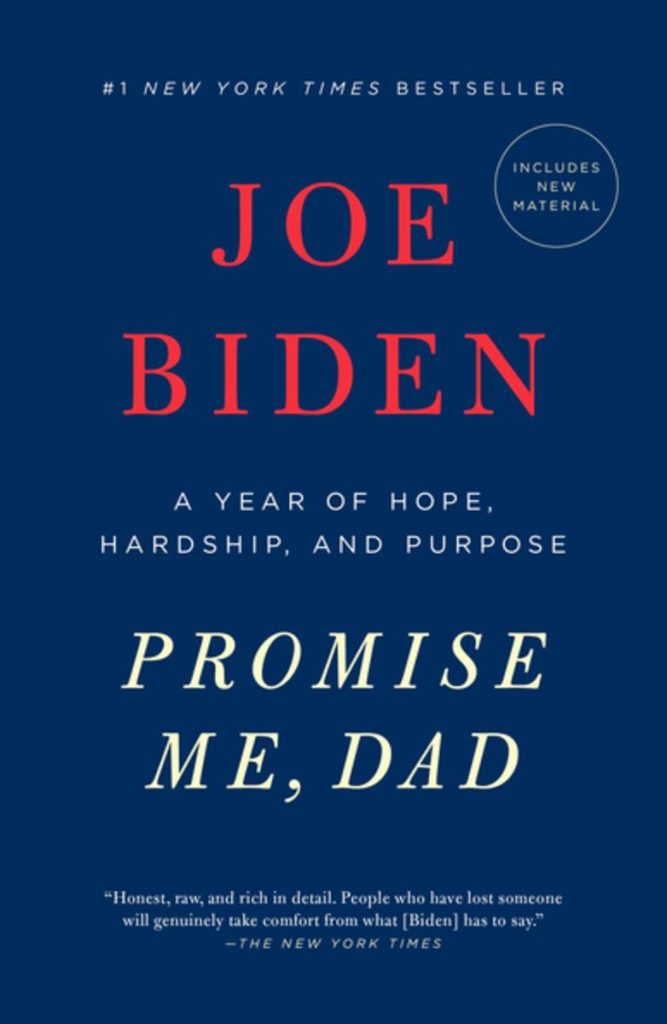 A brief 15-minute Q&A session will follow the keynote address, and guests may submit questions prior to the event at muse.utah.edu/biden. Questions must be submitted by Dec. 7.

Each year, MUSE chooses a theme and centerpiece text as the basis for its educational work. “Purpose” is the 2018-19 theme, and the accompanying book is Vice President Biden’s 2017 memoir, “Promise Me, Dad,” a New York Times No. 1 Bestseller that chronicles the last year of his son Beau’s struggle with a malignant brain tumor that took his life in 2015. MUSE will host a series of lunchtime lectures, book discussion groups and other activities designed to facilitate reflection and encourage undergraduate students to find purpose in their educational journeys.

Through a generous grant from the O.C. Tanner Company, MUSE will provide 1,000 copies of Vice President Biden’s book free of charge to U students and other members of the university community. The books will be available beginning Dec. 7 at the MUSE office in the Sill Center, 195 South Central Campus Drive.

“Vice President Biden’s memoir is in many respects an example of wisdom literature,” said Mark Matheson, director of MUSE and English professor. “This was a genre that flourished in the ancient Near East, and it was a means of imparting perspective and hope to readers. In this kind of literature, a person of rich experience—often involving great trials and suffering—reflects on these challenges and offers a kind of personal testament to the continuing value of life. In ‘Promise Me, Dad,’ Vice President Biden tells the story of how he draws on family, faith and the ideals of the nation to endure loss and to affirm life in the face of great pain. Our students struggle with many similar challenges, and we think they’ll benefit from learning about the resilience exemplified by the former vice president and his family. We’re confident that Vice President Biden will inspire U students to continue—even in times of hardship—to build their own lives and to lift up the lives of others.”

This isn’t Vice President Biden’s first time on the University of Utah campus. In February 2016, he visited the Huntsman Cancer Institute as part of the former White House administration’s launch of the “Cancer Moonshot” initiative, an effort to increase the rate of progress toward curing cancer. Several HCI investigators serve on working groups for the initiative, and HCI CEO Mary Beckerle serves on the initiative’s Blue Ribbon Panel, a working group of leading cancer researchers that provides advice on the vision, scientific goals and implementation of the initiative. Beckerle will introduce Vice President Biden at the keynote event on Dec. 13.

“We’re delighted to cooperate with the Huntsman Cancer Institute to bring Vice President Biden to campus,” said MUSE Program Manager Libby Henriksen. “Purpose is an important institutional theme, and we’re pleased that two of the U’s significant missions—health sciences and undergraduate education—are coming together in support of this event.”

While the event is free to students and open to the public, tickets are required, and space is limited. Seating will be provided on a first-come, first-served basis, and a ticket does not guarantee admission. All ticket holders must be in their seats by 11:45 a.m. Doors open at 11 a.m., and guests are encouraged to arrive early. The event will not be live streamed, and a book signing will not be available. For inquiries, contact MUSE at muse@muse.utah.edu. 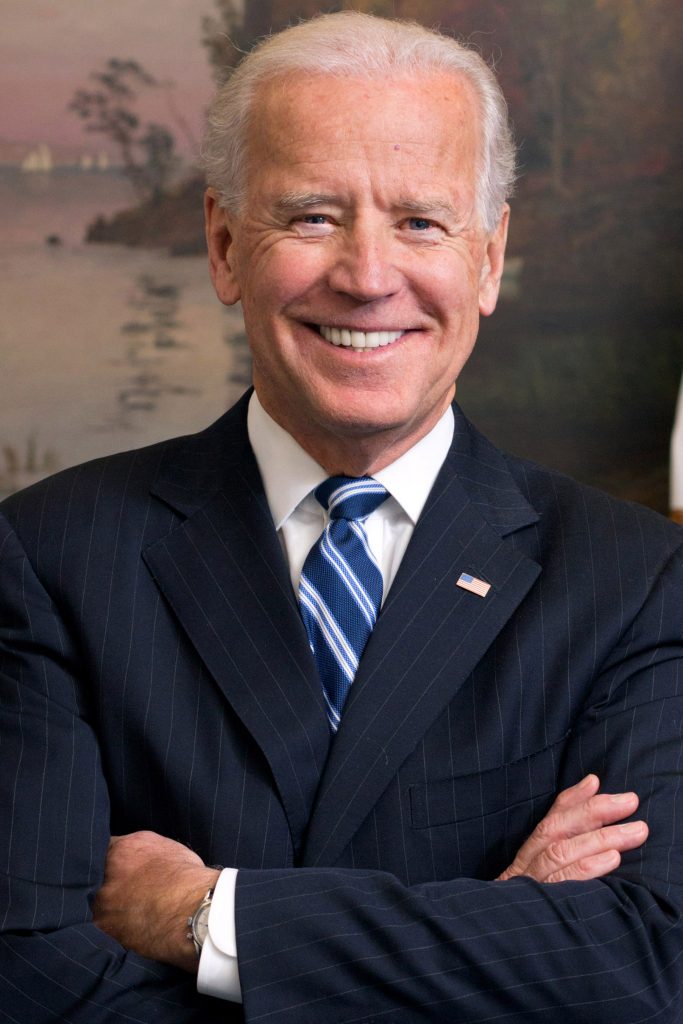 Official portrait of Vice President Joe Biden in his West Wing Office at the White House, Jan. 10, 2013. (Official White House Photo by David Lienemann)
This official White House photograph is being made available only for publication by news organizations and/or for personal use printing by the subject(s) of the photograph. The photograph may not be manipulated in any way and may not be used in commercial or political materials, advertisements, emails, products, promotions that in any way suggests approval or endorsement of the President, the First Family, or the White House.

Joseph Robinette Biden, Jr., represented Delaware for 36 years in the U.S. Senate before becoming the 47th vice president of the United States. He was born Nov. 20, 1942, in Scranton, Pennsylvania, the first of four siblings. In 1953, the Biden family moved from Pennsylvania to Claymont, Delaware. He graduated from the University of Delaware and Syracuse Law School and served on the New Castle County Council.

Then, at age 29, he became one of the youngest people ever elected to the United States Senate. Just weeks after the election, tragedy struck the Biden family when then Senator-elect Biden’s wife, Neilia, and their one-year-old daughter, Naomi, died, and his two sons were injured in an auto accident. Vice President Biden was sworn into the U.S. Senate at his sons’ hospital bedside and began commuting to Washington every day by train, a practice he maintained throughout his career in the Senate.

In 1977, Vice President Biden married Jill Jacobs. Jill Biden, who holds a Doctorate in Education, is a life-long educator and currently teaches at a community college in northern Virginia. The vice president’s son, Beau, was Delaware’s attorney general from 2007-2015 and a Major in the 261st Signal Brigade of the Delaware National Guard. He was deployed to Iraq in 2008-2009. Beau passed away in 2015 after battling brain cancer with the same integrity, courage and strength he demonstrated every day of his life. The vice president’s second son, Hunter, is an attorney who manages a private equity firm in Washington, D.C. His daughter Ashley is a social worker and executive director of the Delaware Center for Justice. Vice President Biden has five grandchildren: Naomi, Finnegan, Roberta Mabel (“Maisy”), Natalie and Robert Hunter.

Vice President Biden served as a senator from Delaware for 36 years, Chairman or Ranking Member of the Senate Judiciary Committee for 17 years, and Chairman or Ranking Member of the Senate Foreign Relations Committee for 12 years before becoming the 47th vice president of the United States. In that role, he continued his leadership on important issues facing the nation and represented America abroad, traveling over 1.2 million miles to more than 50 countries. Vice President Biden convened sessions of the President’s Cabinet, led interagency efforts and worked with Congress on a number of issues. In the final year of the administration, Vice President Biden led the Cancer Moonshot, an international effort to end cancer as we know it.

Since leaving the White House in January 2017, Vice President Biden has continued his legacy of expanding opportunity for all, both in the United States and abroad, with the creation of the Biden Foundation, the Penn Biden Center for Diplomacy and Global Engagement at the University of Pennsylvania, the Biden Cancer Initiative, and the Biden Institute at the University of Delaware. Through these nonprofit organizations, Vice President Biden and Dr. Biden are developing programs designed to advance smart policies, convene experts and world leaders on the issues they care most about, and impact the national debate about how America can continue to lead in the 21st century. In addition, Vice President Biden formed a political action committee, “American Possibilities,” which will allow him to continue to support Democratic candidates and causes across the country. 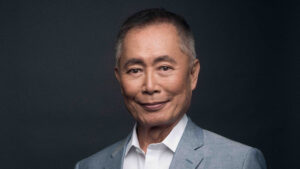 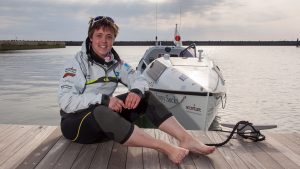 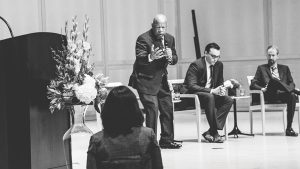 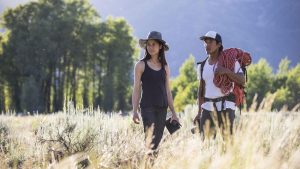