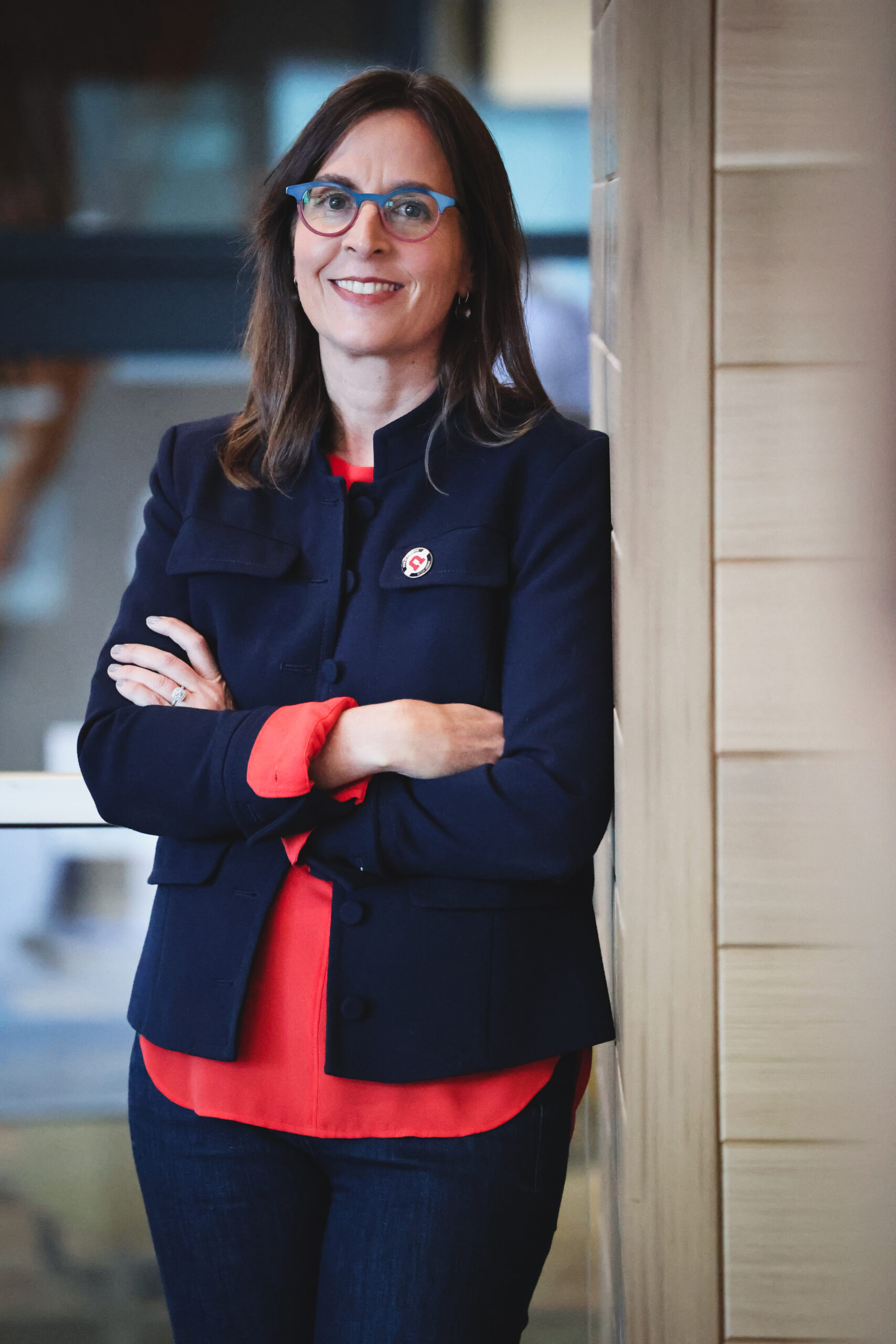 Kirstin Maanum (she/her/hers) is the new director of the Women’s Resource Center (WRC) at the U. Maanum has been part of the WRC team at the U for five years, most recently serving as the associate director.

“Kirstin has been an integral and invaluable member of the Women’s Resource Center,” said Bryan Hubain, associate vice president of Student Affairs. “Her dedication to the wellbeing of students grounds her decision making and allows her to see the complex lives of our University of Utah students. Her vision for the team and the WRC is beginning to blossom and I am excited to continue to work alongside her.”

Maanum is looking forward to expanding and building upon the well-established services and work of the WRC.

“I’m so grateful and excited for the opportunity to work closely with the WRC team in thinking strategically about how we want to move forward,” said Maanum. “We are down to three full-time staff members right now so we will be making some new hires in the next few months and will be working on developing relationships with key partners both on campus and in our community.”

Originally from Minnesota, Maanum received her bachelor’s degree in psychology from Concordia College in Moorhead, MN. Her early professional years were spent working with social justice organizations along the U.S./Mexico border in El Paso, TX, Juarez, Mexico and Anthony, New Mexico. She earned a Master of Public Health from New Mexico State University in 2009.

Maanum moved to Salt Lake City in 2010 and prior to joining the WRC team, she was working as the education manager at the Planned Parenthood Association of Utah. She is passionate about all students receiving the services and support they need to improve their own lives and reach their educational goals.

At the U, Maanum has been involved in several campus-wide initiatives, including the Basic Needs Center and Women’s Week, which will be held March 14-18 this year.

“I hope everyone can join us for Women’s Week events this year,” said Maanum. “The WRC is hosting Raise a Glass on March 14 which will be a great opportunity to meet and connect with more members of our campus community.

Former WRC director, Debra Daniels, retired in June 2020 after 17 years in the role.

The OneUCares faculty and staff emergency fund needs your help

Employees can donate to the fund through a one-time contribution or through an ongoing payroll deduction.

Get your personalized e-mail signature

It’s as easy as filling out a form.

The Distinguished Mentor Award is for faculty from any discipline.

PCH is not a University of Utah Health facility, even though our physicians practice there.