Dan Reed, senior vice president for Academic Affairs, announced that Becky Menlove will be the interim executive director of the Natural History Museum of Utah, effective Sept. 1, 2019. Menlove will fill this post while the U conducts a national search for a new director. 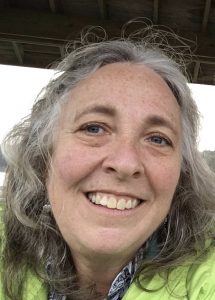 Menlove is taking the reins from Sarah George, who will move full time into her position as the campus chief advancement officer as of Sept. 1.

Menlove currently is associate director for the museum’s visitor experience, overseeing the exhibits, the public programs and school programs teams, and coordinating an ongoing evaluation program. As a member of the museum’s senior management team, Menlove has lent her expertise to long-range visioning, strategic and operational planning, institutional goal setting and budgeting.

She joined the museum in 1984 as a textile lab supervisor in the anthropology collections. Menlove then moved to Wyoming to complete her education, but continued to work in curatorial, exhibition and education positions at a variety of museums, including the University of Wyoming Art Museum, the Plains Indian Museum, the Buffalo Bill Historical Center; and as adjunct faculty at the University of Wyoming and Northwest Community College.

Menlove returned to the Natural History Museum of Utah in 2000 as an exhibit developer and then was named exhibits and public programs manager. In that role, she led planning, design and construction of 10 permanent exhibitions at the museum’s new home in the Rio Tinto Center.

Menlove has served as the museum’s associate director since 2013 and continues to lead change and innovation in the visitor experience across exhibits and programs.