One in four college students is grieving the death of a loved one. On a campus where over 30,000 students are currently enrolled, this means that there are over 7,500 students grieving. As anyone who has experienced the death of a loved one knows, the world keeps on turning despite the grief. This is especially true on a college campus where students are expected keep up with our studies. Combine this with a culture where death is a taboo subject and many are left with an environment in which expressing grief can be particularly difficult.

Actively Moving Forward (AMF) is non-profit organization committed to supporting college students who are grieving the death of a loved one. The University of Utah chapter runs a student-led grief support group providing a space for students to talk about their experience and feel supported by their peers. The group is held the first and third Wednesday of the month from 6-7:30 p.m. and the fist and third Thursday of the month from 12-1:30 p.m. in the Union.
As a group of grieving college students supporting other grieving students on campus, we know the holidays can be an especially difficult time. While, we do not believe that there is one “right” way to grieve, we want to offer a few tips to help students deal with their grief over the holidays.

Through Saturday, Nov. 28, University of Utah alumni and students will rally the community for the “United Against Hunger” food drive to collect food and donations on behalf of the Utah Food Bank.

Nonperishable food donations can be brought to the Alumni House (155 S. Central Campus Drive) or the Utah Food Bank (3150 S. 900 West). Please indicate that the donation is part of the University of Utah food drive. 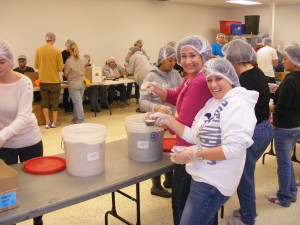 Join the University Hospital food drive and make a difference this year.

There are many ways to give: Run the Utah Human Race on Thanksgiving morning, donate online or volunteer at the Utah Food Bank to help the hospital reach this year’s goal of 450,000 pounds of donated food.

University Hospital has led the effort to gather food donations for those in need over the past five years, collecting over 1,262,340 pounds of food since 2010.

Call Tracy Bodrero at 801-581-2429 with any questions about volunteering, and for more ways to give, visit Pulse.

The Hatch Prize recognizes an outstanding and longstanding service by a teacher from tenure-line faculty ranks. The recipient of the Hatch Prize will receive $5,000. The award will be announced in March 2016.

The Early Career Teaching Award recognizes up to four outstanding faculty at an early stage in their careers at the University of Utah. To be eligible, a faculty member must have completed at least three full years but fewer than eight years of service at the university and must be tenure-line or career-line faculty. Each recipient will also receive $2,500. These awards will be announced in March 2016.

This is a reminder that open enrollment for spring 2016 semester begins Monday, Nov. 30. If you have any questions, contact the Office of the Registrar at registrar.utah.edu or 801-581-5808.

U EXPLORES THE BODY IN CINEMA WITH NEW COURSE 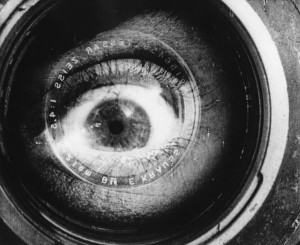 This new course will also explore the connections between the filmic medium and bodies: bodies that watch the screen, bodies on the screen and everything in between. The creator and teacher of the course is Stéphane Glynn, who received his bachelors degree from the University of Virginia with majors in media studies and psychology and a dance minor. He is currently completing an MFA in film production and a graduate certificate in Screendance at the University of Utah.

Two important policy proposals will be discussed at the next Academic Senate meeting, the Safety of Minors Policy and Limiting Course Attempts. They will be heard and voted on by faculty and student representatives from all colleges across campus.

The meeting will be held on Monday, Nov. 30, in the Carolyn Tanner Irish Humanities Building, Room 109 at 3 p.m.

U GEOSPATIAL SCIENCES GET FEDERAL RECOGNITION 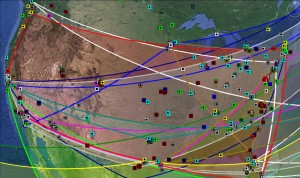 Branches of the Defense and Interior departments have designated the U’s Department of Geography as a Center of Academic Excellence in Geospatial Sciences, which involves mapping, measuring and simulating geographic locations.

The recognition is prestigious, and might attract more students, create research collaborations and possibly provide internship and job opportunities for students within the two agencies that made the designation: the Pentagon’s National Geospatial-Intelligence Agency and the U.S. Geological Survey.

A new ranking by the journal Nature Biotechnology places the U in fourth place among universities nationally for gross revenues for licensing its life sciences technologies in 2014, and in sixth place for the number of life sciences licenses or options that were executed.

The rankings are skewed because they exclude MIT, Stanford, the University of Texas system and the University of Wisconsin-Madison – universities with high gross licensing revenues but that could not break out the portion due to life sciences.

Nonetheless, it is noteworthy that the U ranked so highly given that its $146 million in National Institutes of Health funding for 2014 was far less than such funding to other high-ranked universities.

The number of plans offered in Utah through the marketplace has declined in the lead up to the Nov. 1 start of an open enrollment period. Arches Health Plan recently closed its doors. BridgeSpan Health and Altius Health Plans have exited the marketplace in Utah.