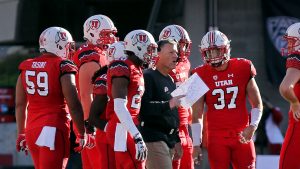 Kyle Whittingham, who is 104-50 in 12 years as Utah’s head football coach, recently signed a contract extension that will keep him at the school through 2021.
The 2008 National Coach of the Year, Whittingham has a 10-1 bowl record—tied for second among active coaches—and his 91-percent bowl win ratio is the best in NCAA history.

Whittingham came to Utah in 1994 as the defensive line coach and was promoted to defensive coordinator the following year. On December 8, 2004, he was named the school’s 20th head coach. His first victory came three weeks later when he co-coached (with Urban Meyer) the 2005 Fiesta Bowl win over Pittsburgh.

Overall, he has averaged nearly nine wins a season as Utah’s head coach. The Utes have wins over every team in the Pac-12 Conference since joining the league in 2011 and Whittingham’s impressive non-conference resume includes a winning record against current members of the other Power Five conferences: 4-0 vs. the Big Ten, 7-1 against the ACC, 1-0 vs. the SEC and 4-3 over the Big 12. 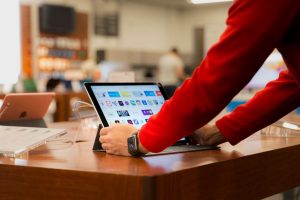 The Apple Watch is now available at the main Campus Store for purchase, along with a variety of fashionable wristbands. This long anticipated popular tech gadget, the Apple Watch, is now being offered to faculty, staff and students. Now is your opportunity to snag a watch and use employee payroll deduction for added convenience.

Along with the watch, UTech is well stocked with all of the newly announced Apple products including refreshed iMacs, MacBooks and MacBook Pro models. Among our new products is the recently announced by Apple new iPad Pro Model that comes in 12.9 and 10.5-inch sizes. Be sure to stop by UTech in the Campus Store to check out these all-new products and get yourself prepped for Fall Semester.

THANK YOU T-SHIRTS FROM COCA-COLA 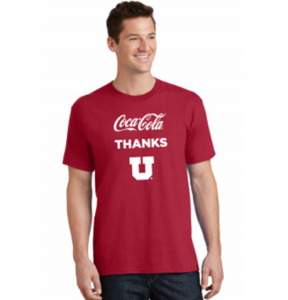 At the conclusion of its partnership with the University of Utah, Coca-Cola would like to express appreciation to faculty and staff by offering free T-shirts at the Student Union front desk. Beginning June 22, these limited-edition shirts will be available for any student, faculty or staff member who can present a valid UCard.

Shirts are limited to one per person.  Available as long as supplies last, giveaway ends June 27. Don’t miss out on this one-of-a-kind Coca-Cola – University of Utah souvenir. 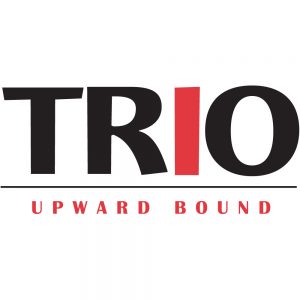 The TRIO Programs Office at the University of Utah announces the receipt of a continuation award for the Upward Bound program from the U.S. Department of Education. This continuation award totals $424,009 annually and will support 92 first-generation and low-income high school students (9-12 grade) in Salt Lake and Granite School Districts who attend Highland, East, West and Kearns high schools. Students must meet federal low-income standards (are 150 percent below the poverty level) and be the first person in their family to attend college. 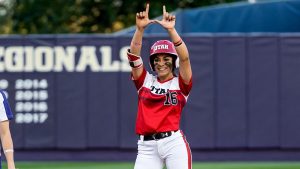 Utah Softball was ranked No. 14 in the nation as the National Fastpitch Coaches Association released its final poll of the 2017 season. This is the highest final ranking in program history since the NCAA began keeping records in 1995.

The Utes reached the postseason for a 21st time and qualified for the NCAA Tournament in a third straight year, a program first. Utah also advanced to a second-straight NCAA Super Regional and hosted a NCAA Regional for the first time.

To learn more about the application process and criteria, applicants can consult our application E-Guide. 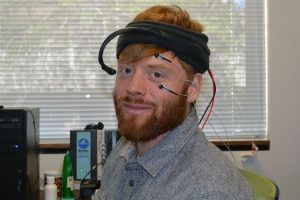 A postdoctoral research associate in the College of Social Work is recruiting participants for a study on ways to improve attention among students and is seeking help from faculty teaching summer classes.