A summary of University of Utah news, updates, recognitions and achievements 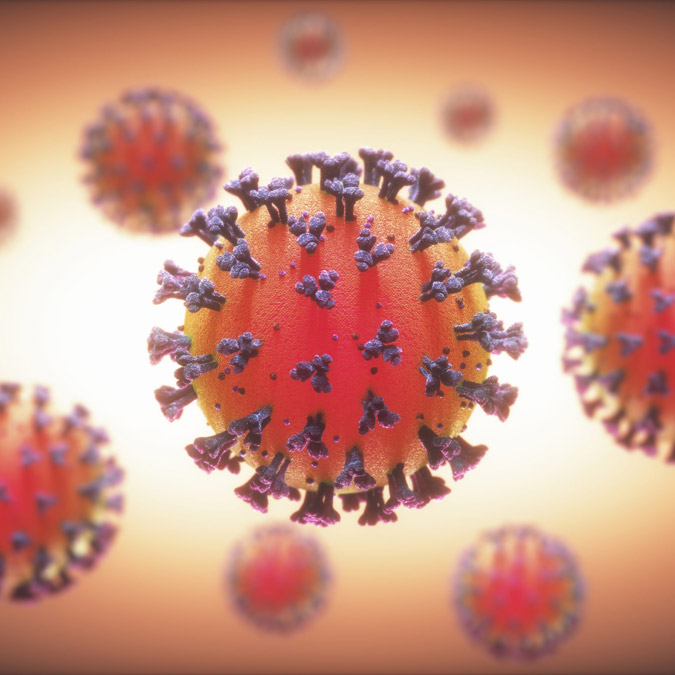 One of the biggest unknowns about the coronavirus is how changing seasons will affect its spread. Physicists from the University of Utah have received the university’s first COVID-19-related grant to tackle the question. The National Science Foundation awarded a Rapid Response Research grant to members of the U’s Department of Physics & Astronomy to study the structure of the SARS-CoV-2, the coronavirus strain at the center of the pandemic. The physicists will create individual synthetic coronavirus particles without a genome, making the virus incapable of infection or replication. The researchers will test how the structure of the coronavirus withstands changes in humidity and temperature, and under what conditions the virus falls apart.

U anthropologist Alan Rogers published a new study that documented the earliest known interbreeding event between ancient human populations—a group known as the “super-archaics” in Eurasia interbred with a Neanderthal-Denisovan ancestor about 700,000 years ago. The event was between two populations that were more distantly related than any other recorded. He and his co-authors also proposed a revised timeline for human migration out of Africa and into Eurasia and provide a new way to look farther back into the human lineage than ever before. 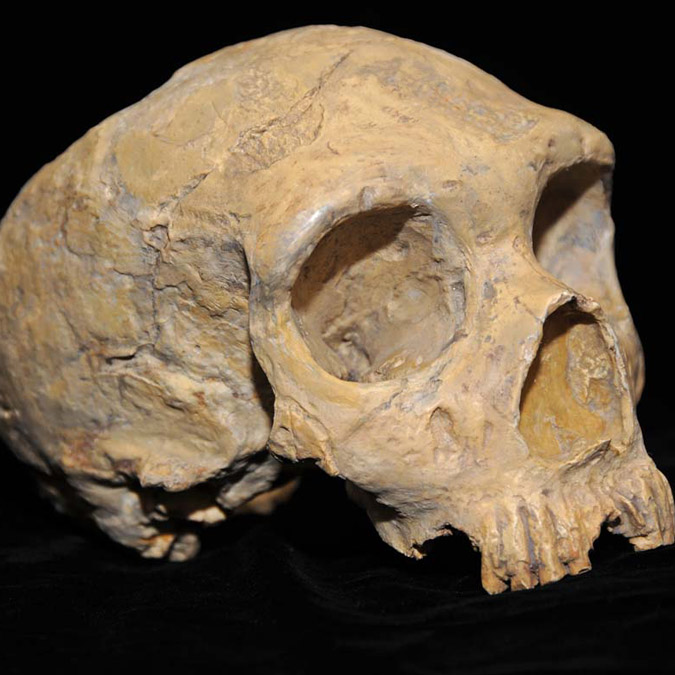 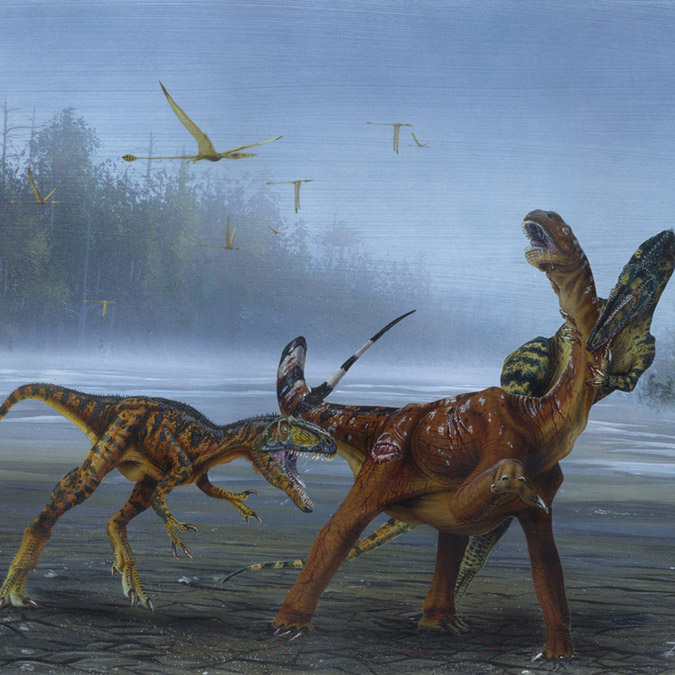 Paleontologist Dan Chure, retired at Dinosaur National Monument, and Mark Loewen, research associate at the Natural History Museum of Utah and associate professor in the Department of Geology & Geophysics at the U, published a paper describing a new species of Allosaurus based on two nearly complete skeletons with superb skulls that provide new insight into the anatomy of this Late Jurassic meat-eater. The publication focuses on detailed anatomical description of the skull of Allosaurus jimmadseni, which is fundamental in paleontology.

The U’s five-year air quality study in which sensors were attached to TRAX lines has expanded and become a state-funded long-term observatory. The project has already observed the impacts of events such as summer fireworks and winter inversions.

U President Ruth V. Watkins brings the incredible people, research, and impact of the U into the spotlight in the new “U Rising” podcast, launched on Feb. 7, and available through a variety of podcast streaming services.

The U allocated nearly $900,000 in seed grant funding for its first 1U4U “collaboration incubator,” which generated 33 interdisciplinary research projects that bring together faculty members in cross-campus teams.

The U’s Seismograph Stations reported a moderate earthquake of magnitude 5.7 on March 18—the largest to occur in Utah since a magnitude 5.9 occurred in 1992 near St. George.

U takes lead in state’s health and economic recovery plan

At the request of state leaders, the Kem C. Gardner Policy Institute led the creation of a newly released plan to guide Utah’s efforts in achieving both a health and economic recovery from the coronavirus.

U libraries are using 3-D printers to produce approximately 300 face shields per day to assist with needs in the health care community while facing the COVID-19 pandemic.

HUMANS OF THE U 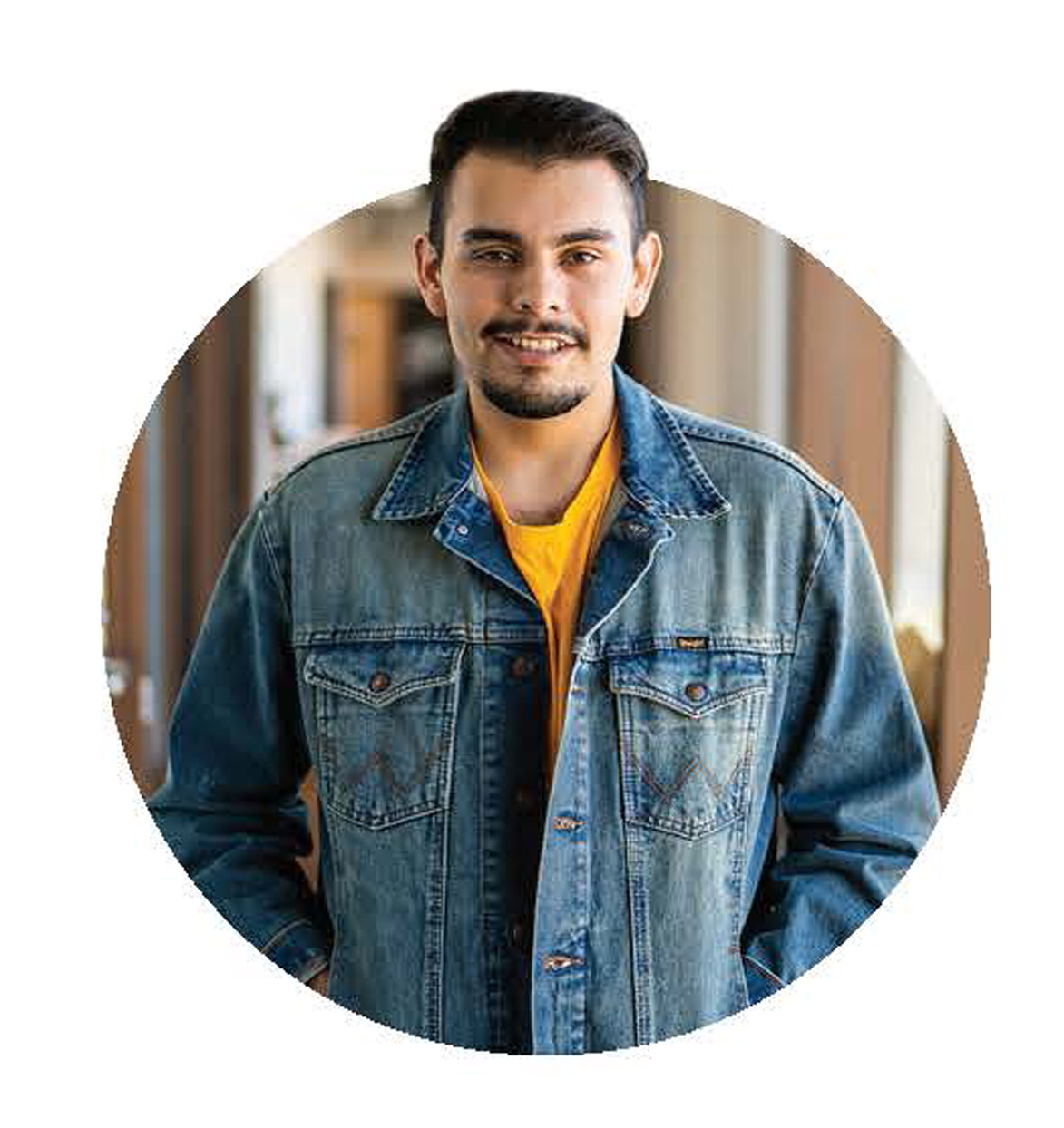 “I was most concerned with the problem of accessibility for minority and marginalized communities. It wasn’t that these people were less healthy, it was that they didn’t have the same resources to take care of their health.” 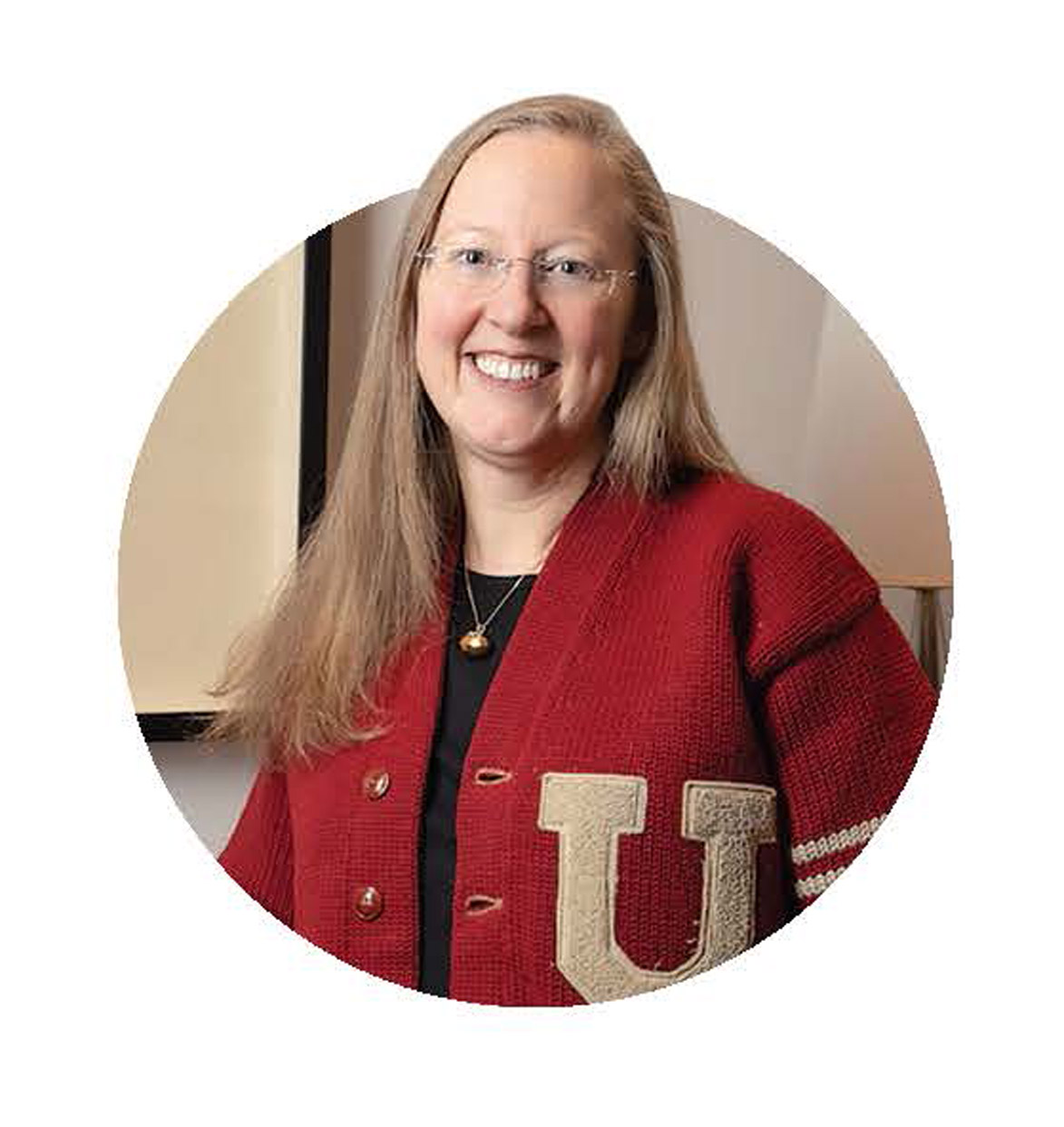 “My grandpa Walt and I are the only ones in our family who went to the U. He played football for the U from 1929-1933. Before he passed away, my grandfather gave me one of his letterman sweaters. I had it in my closet for a long time, but when I became dean of students, I thought, ‘You know what, I need my Utah sweater in my office.’ It’s neat to have a piece of history connecting me to this place that I have much history with myself.” 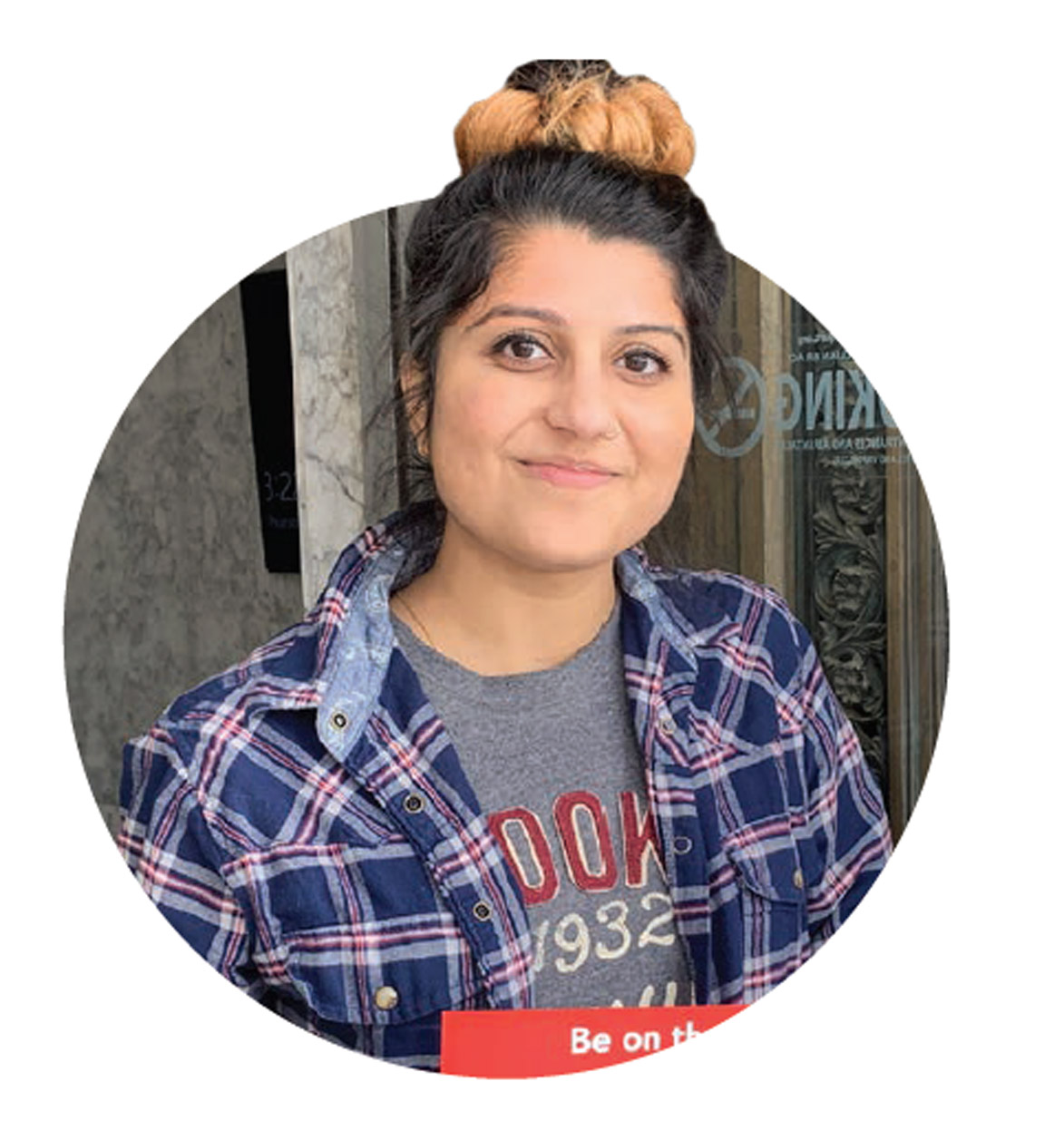 “It is important for me to shape my own perspective, with access to firsthand information, so I could have a better understanding of what safety culture is for me on campus. I thought instead of talking about it we could do something and take action to get more students involved. That led me to register a student organization focused on safety, which we’ve called SAFE—Students for Action Focused Empowerment.”

AARUSHI ROHAJ, sophomore majoring in biology and founder of SAFE 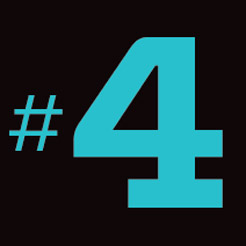 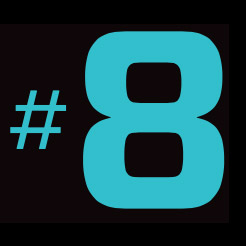 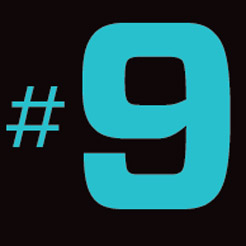 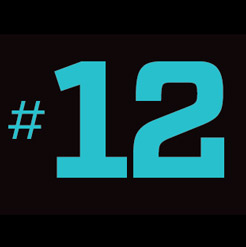 In January, NONA RICHARDSON, executive senior associate athletics director, was named to the WeCOACH Board of Directors, the premier membership organization committed to recruiting, advancing, and retaining women coaches across all sports and levels.

In February, the U was selected to receive the 2020 CARNEGIE COMMUNITY ENGAGEMENT CLASSIFICATION endorsement by the Carnegie Foundation for the Advancement of Teaching.

In February, U honors biology student MICHAEL XIAO was one of 15 students nationally to receive the prestigious Churchill Scholarship. He is the fifth consecutive Churchill Scholar from the U.

LEE ISAAC CHUNG, MFA alumnus of the U Department of Film & Media Arts, was awarded both the Grand Jury Prize and the Audience Award in the U.S. Dramatic Competition at the 2020 Sundance Film Festival for his film “Minari.”

The Association for Computing Machinery (ACM) announced in March that U College of Engineering alumnus ED CATMULL, co-founder and former president of Pixar Animation Studios, will receive the ACM A.M. Turing Award, referred to as “the Nobel Prize of computing.”

In March, a paper by chemistry professor VALERIA MOLINERO and her collaborators was honored with a Cozzarelli Prize, one of six awarded annually by the Proceedings of the National Academy of Sciences to papers “of outstanding scientific quality and originality.”

JIMMY L. TURNER accepted an offer to serve as executive director of Red Butte Garden, replacing GREGORY LEE, who retired from the garden after 17 years of leadership.

DEBORAH KEYEK-FRANSSEN will be the U’s new associate vice president and dean of Continuing and Online Education and will begin May 15, 2020.

NANCY SONGER, Fulbright scholar, former dean of Drexel University’s School of Education, and recognized researcher in STEM education, will serve as the U’s next dean of the College of Education, beginning July 1, 2020.

After three decades of service to the U, Executive Director of Commuter Services ALMA ALLRED announced his retirement. A national search is underway.

GETTING THE WORD OUT 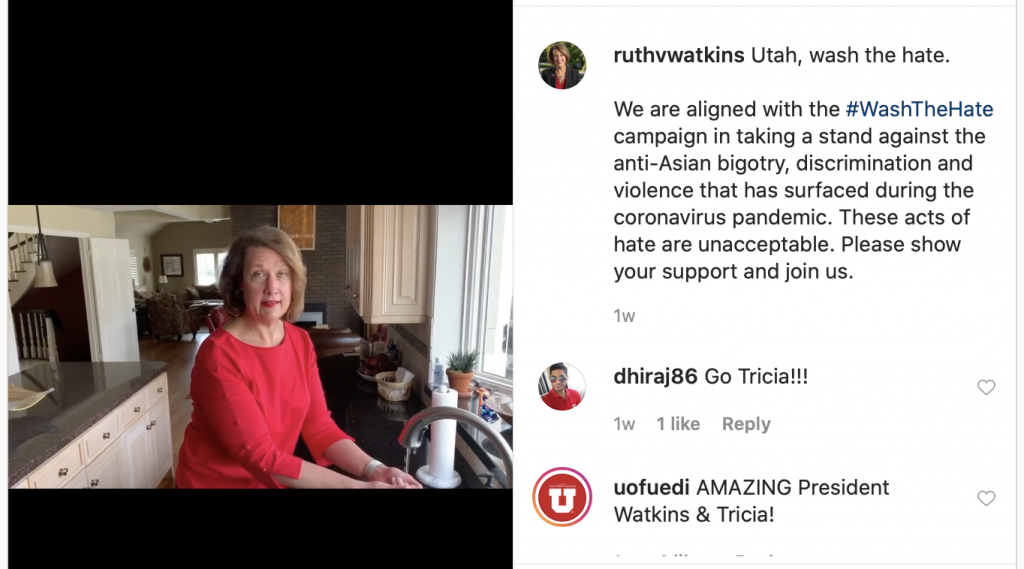 The U joined the national #WashTheHate campaign in the wake of the coronavirus pandemic to take a stand against increased stereotyping, harassment and bullying toward those perceived to be of Asian descent. U President Ruth V. Watkins kicked off the initiative with her own #UtahWashTheHate Instagram video.