If you are a Salt Lake County resident and ran out of time to register to vote or lost or failed to return your mail-in ballot before the deadline, good news. You can both register and vote on campus this year.

On Tuesday, Nov. 8, the Salt Lake County Clerk Election Division will set up an Election Day Vote Center in the Gould Auditorium at the Marriott Library, 295 S. 1500 East. The Vote Center will be open from 7 a.m. to 8 p.m.

If you did not get your mail-in ballot sent off by Monday—the deadline to do so—you can drop it off at the Vote Center.

The division agreed last April to a request from a former ASUU director that a Vote Center be set up to make it easier for those on campus on Election Day to cast ballots. The U also had an authorized Vote Center on campus in 2008, according to the Salt Lake County Clerk Election Division.

In addition, the Salt Lake County Clerk Election Division is participating in the same-day registration pilot project. So, although deadlines have passed to register online or by mail, Salt Lake County residents can register and vote on Election Day at Vote Centers. To do so, you have proper identification and proof of residency. Please click here to read guidelines for acceptable forms of identification and residency.

The Utah Legislature approved the pilot project in its 2014 session. Interest in allowing same-day registration in Utah was spurred by the 2012 election, during which a significant number of provisional ballots were cast but not counted because those voters, while eligible, had not previously registered.

“A significant number of people should have been able to vote and have their vote counted but we had to disqualify them because they hadn’t registered,” said Rozan Mitchell, election director for Salt Lake County.

Same-day registration was allowed in eight counties in the primary and general state elections in 2014 and 2015, Mitchell said.

Any provisional ballots cast next Tuesday will be reviewed to make sure voter registration forms were properly filled out and signed and that the voter provided a valid form of identification and a valid Salt Lake County address.

Mitchell said a large number of provisional ballots have been cast by the 18-to-24 year-old demographic but the big surprise in the past two years was the number of senior citizens registering on Election Day.

Election staff discovered these voters had moved to Utah from other states to live with or be near family and overlooked the need to register prior to voting, Mitchell said.

The pilot project sunsets this year and will be reviewed to see if it should be implemented throughout Utah.

If you have questions about registering or voting, contact the Salt Lake County Clerk Election Division at 385-468-8683 or visit got-vote.org.

And hang around for the party. On Tuesday evening, the Hinckley Institute will be hosting an Election Night Party at the Lassonde Studios, beginning at 6:30 p.m. 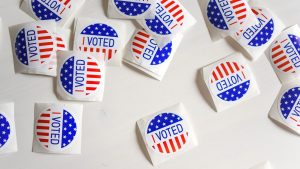 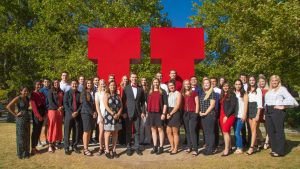