This story was originally published by Equity, Diversity, & Inclusion here.

Galea shared these insights during his virtual keynote address on Oct. 29 to kick off the University of Utah’s 2021 MEDiversity Week.

In keeping with this year’s theme, “Intersectionality in Health Education and Care,” MEDiversity Week participants explored how recognizing and understanding intersectional identities can help health care providers better serve their patients. The week wrapped up with the Inclusive Excellence Awards on Nov. 5.

Using charts to underscore his points, Galea began his talk on a positive note, highlighting what went right during the pandemic. He shared how the healthcare system quickly adapted to the new disease and got better at treating it. The biggest triumph was the development of two vaccines with a more than 90% efficacy rate within eight months of the onset of the virus. The successes reflect the nation’s longtime investment in hospitals, medicine, and health systems, he said.

“I think it serves us well to recognize where we did go right,” Galea said. “This was a really rapid development of outstanding life-saving technology. But it wasn’t, of course, just eight months. In fact, it had been years and decades of investment that goes into these vaccines.”

Amid all that went right, Galea pointed out that a lot went wrong.

The pandemic exposed and exacerbated longstanding disparities, which hit minorities, particularly Black, Latinx and Native Americans, the hardest. Mitigation efforts that protected some people from the coronavirus left others at increased risk of contracting the disease.

For example, Galea noted that White Americans and people in higher income brackets were more likely to have jobs that they could work from home. But Black workers, who were more likely to have low-wage and frontline jobs, such as cashiers and food processing plant workers, did not. Moreover, Black Americans tend to have more underlying health conditions, such as diabetes and hypertension, which put them at higher risk of more severe COVID-19 illness.

“The more income you have, the less likely you are to have underlying conditions making you vulnerable to COVID,” Galea said. “This all reflects the legacy of decades and centuries of marginalization faced by groups in this country, particularly Black Americans. It all goes back to slavery, Jim Crow laws and other policies like redlining.”

As a result, Black Americans had more than twice the risk of death than white Americans from COVID-19, and Black men had a three-year loss of life expectancy.

“These deeper inequalities are the direct result of the type of efforts we took to mitigate COVID-19,” Galea said. “We are actually putting in place things that are further disadvantaging [vulnerable populations], which is really troubling and sad.”

The disparities reflect the nation’s underinvestment in what makes people healthy and what keeps them healthy if a crisis occurs, he said. The United States spends more on medicine than on determinants of health, such as nutrition, exercise, physical environments, social supports, income, and education.

To close health gaps, Galea stressed the need for increased investment in public health and the well-being of people.

“We need to address the conditions,” Galea said. “The vast majority of health issues are preventable.”

Galea also challenged the “blue-leaning” health and science establishment to reflect on their bias and intolerance of different opinions and beliefs.

“We’ve made the mistake of casting alternative perspectives on what we should be doing during COVID as a red provocation, when in fact it really simply represents the plurality of ideas that we should be tolerating to get to a better place that fully understands the whole country,” he said.

In closing, Galea urged the audience “to seize this COVID-19 moment of opportunity” to understand what makes and maintains a healthy community, then advocate for investing differently to achieve it. He then offered three approaches to improving better health for all—humility, compassion and reform through reason.

Humility reflects an awareness of one’s limits in understanding, knowledge and importance. However, arrogance “can blind us to the need to make sure that what we are doing reflects the needs of diverse populations in an inclusive manner,” he said.

Secondly, Galea encouraged the practice of “radical compassion,” emphasizing that compassion is not charity but recognition of our shared humanity. To illustrate the compassionate approach, Galea returned to his example of COVID-19 mitigation efforts. Compassion would have prompted decision-makers to consider the impact of stay-at-home orders on low-wage, frontline workers and do more to protect them. “And we utterly didn’t do that,” he said.

In explaining his third approach, Galea said reform through reason recognizes that it takes a radical vision to create a healthier world, but it happens through pragmatism and incremental, inclusive progress that brings everyone along, regardless of their political views.

“I think that those of us in health have a particular responsibility, a real moral responsibility, to articulate the causes of health so that we can create a healthier world,” he said.

After his talk, Galea joined a panel of Utah health care experts to discuss “Priorities for Health in the Post-COVID Era.”

Moderator Jessie Mandle, deputy director and senior policy analyst at Voices for Utah Children, asked how to create a narrative to convince people what it takes to be healthy.

“Health is equally of concern to red people and blue people,” said Mandle, referring to political party affiliations. “If only blue people are listening, we’re doing something wrong.”

Valerie Flattes, Ph.D., a faculty member in the University of Utah College of Nursing, spoke of issues affecting the Black community, such as misinformation, promotion of vaccines and working from home.

“People in the community can tell us what the issues are and the problems are,” Flattes said. “It has to be the right approach if you want to get the community engaged.”

José E. Rodríguez, M.D., associate vice president for health equity, diversity, & inclusion and professor in the Department of Family and Preventive Medicine, reflected on the intersection of underinvestment and disparities affecting Black populations. “We are choosing to fund health inequities,” Rodíguez said.

Ivette A. López, Ph.D., said her students give her hope for positive change as they engage with diverse communities.

“They see that there’s a need for transformation of systems,” said López, professor of public health in the Department of Family and Preventive Medicine and deputy director of the Utah Area Health Education Centers. “They see a need for more diversity among themselves.” 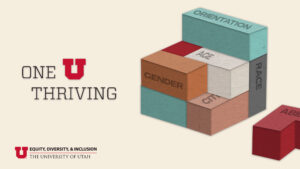 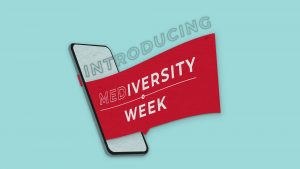