The film takes us to the modern mammal metropolis of Zootopia, a city like no other. Comprised of habitat neighborhoods like ritzy Sahara Square and frigid Tundratown, it’s a melting pot where animals from every environment live together—a place where no matter what you are, from the biggest elephant to the smallest shrew, you can be anything.

Byron P. Howard is an animator, film director, producer, screenwriter, story artist and occasional voice actor at Walt Disney Animation Studios. He is best known as the lead character animator on “Lilo & Stitch“ and “Brother Bear“ and co-director of “Tangled“ and “Bolt.”

Rich Moore is an animation director and a business partner in Rough Draft Studios, best known for his work on “The Simpsons,” “Futurama“ and “Wreck-It Ralph.”

The Department of Film & Media Arts began its own official Animation Emphasis last year, which focuses on the integration of critical, historical, theoretical, and practical components of animation studies and production.

Early arrival is encouraged, as high attendance is anticipated.

BYRON HOWARD directed Disney’s 2010 world-wide hit feature “Tangled” with Nathan Greno. The film featured the Oscar®-nominated and Grammy®-winning song “I See the Light.” Howard and Greno teamed up again in 2012 for the short film “Tangled Ever After.”

As a child, Howard’s favorite Disney animated films included “Robin Hood,” “Cinderella” and “Sleeping Beauty.” He was also inspired by artists like Chuck Jones, Ronald Searle and Bill Watterson, and he would fill reams of computer paper with characters of his own creation. His love of art and animation continued through high school and college.

Howard earned a Bachelor of Arts degree at The Evergreen State College in Washington, where he pursued his interest in filmmaking by studying cinematography, art and literature. By 1991, he was part of the Disney family, hosting the animation tour at Disney-MGM Studios in Orlando. In 1994, Howard officially joined the Walt Disney Animation Studios in Florida as an inbetweener and clean-up artist on “Pocahontas.”  He quickly went on to become an animator on “Mulan” and a supervising animator on “Lilo & Stitch” and “Brother Bear,” as well as doing character design on both those films.

Howard later relocated to California where he continued his study of cinematography and drawing as a story artist and character designer at Walt Disney Animation Studios before becoming a director in 2006. Walt Disney Animation Studio’s Oscar®-nominated 2008 release “Bolt” marked Howard’s debut as a feature film director (alongside Chris Williams). Howard also designed some of the characters in that film.

Howard loves the collaborative medium of animation because it combines art, cinematography, writing, design, acting and music with a family of supportive and talented artists and crew. Team members inspire each other to achieve something greater than they could alone.

In addition to his lifelong passion for animation and a career spanning the last 20+ years, Howard’s interests include art, music, theater, travel and a deep love for animals (he has two lovable, quirky cats). He resides in a midcentury atomic-ranch home on a quiet hill in sunny Los Angeles, Calif.

Moore directed numerous episodes of “The Simpsons” and was a sequence director on “The Simpsons Movie.” A graduate of California Institute of the Arts’ (CalArts) renowned Character Animation Program, Moore was a designer and writer for Ralph Bakshi’s “Mighty Mouse – The New Adventures.” He became one of the original three directors on “The Simpsons,” directing numerous episodes over the series’ first five seasons, including the Emmy® Award-winning “Homer vs. Lisa and the Eighth Commandment.” He later served as supervising director for Gracie Films’ “The Critic.”

Moore oversaw the creative development and production of Matt Groening’s “Futurama,” and was awarded the 1999 Reuben Award (from the National Cartoonists Society) for Best in Television Animation, the 2001 Hugo Gold Plaque (from the World Science Fiction Society) for Special Achievement in Animation, and the 2002 Emmy® for Outstanding Animated Program (the “Roswell That Ends Well” episode). 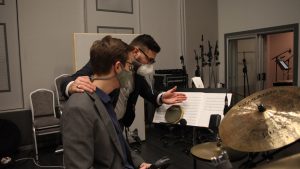 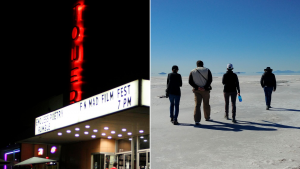