Continuum magazine gets a new name and a bold new look

For 28 years, Continuum has connected our campus and alumni community. Now, it’s getting a brand-new look and name. The University of Utah Magazine will continue to bring captivating content, such as this issue’s features on how the U is using analytics to support students, how researchers are joining human and machine in the new “Luke Skywalker” prosthetic arm and a bucket list of 22 things to do before leaving the U.

Check out our tally of 22 activities you gotta try before leaving the U. 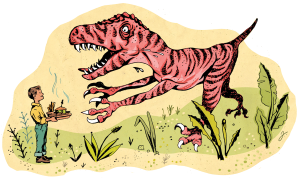 College life is about more than just books and all that, yawn, learning. Okay, that’s really what it’s all about, but the years spent at the University of Utah are also about making memories and friends and expanding worldviews. We asked local expert and U alum Jeremy Pugh, the author of “100 Things to Do in Salt Lake City Before You Die,” to help us out with a list of must-dos before leaving the U.

From signing the wall at The Pie to an afternoon at the ballpark, read the full list here. 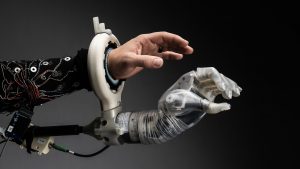 In a bid to make upper-limb amputees feel whole again, U researchers join human and machine in the new “Luke Skywalker” prosthetic arm.

In the shadows of his North Salt Lake garage, Matthew Beckstead uses the ends of his arms to cradle the conduit pipe that almost killed him. These aren’t stumps, he says. “A stump is the end of a tree. I call them my arms.” He points with his chin to the grooves in the metal. “Here’s where my ﬁngers melted into the pipe,” he says. Beckstead was just 19 when he lost his arms below the elbow in 1998 while working on a billboard in Ogden. He was holding the conduit pipe he now keeps as a souvenir when an illegal power line sent 27,000 volts through his hands. He fell in ﬂames to the ground, only for the impact to restart his heart.

Read more about research being done to help amputees bring back a sense of touch. 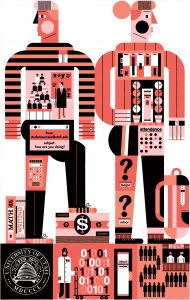 How the U is humanizing analytics to better support students and improve graduation rates.

Data scientist Mike Martineau doesn’t use a crystal ball to predict if a freshman will graduate in six years or less. His not-so-secret method for foretelling student success? Has the student (1) completed math and writing during first year, (2) met with an academic advisor to identify and declare a major as soon as possible, (3) stayed in school full time, (4) found a “sticking point” on campus (faculty mentor, work-study, internship, etc.) and (5) met with a financial aid counselor to come up with a plan to pay for college.

But Martineau, B.A. ′08, M.S. ′12, Ph.D. ′13, and his team in the Office of Institutional Analysis are doing a lot more than just predicting a student’s likelihood to graduate. They’re using real-time data to identify students who might need extra support along the way. And this approach has produced some extraordinary results. Most notably, the six-year graduation rate has skyrocketed from 55% to 70% since 2011. The U is just one of two research universities in the country to see such a jump. “Improvement like this is truly outstanding,” says Martineau. “It puts us at the forefront of a national movement.”