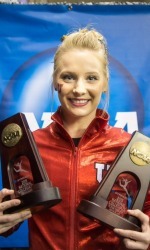 Utah gymnast Georgia Dabritz, who as a senior last year won the NCAA uneven bar championship while leading Utah to a runner-up team finish, has been named a recipient of the NCAA Today’s Top 10 Award. The Today’s Top 10 Award is given each year by the NCAA to honor 10 outstanding senior student-athletes across all divisions, male and female, from the preceding calendar year.

Dabritz will receive her award at the Honors Celebration at the NCAA Convention on Jan. 15 in San Antonio. She is the third Ute to win the honor (previously known as the Top VI and Top VIII award). The other Ute winners were gymnast Missy Marlowe (Top VI in 1993) and punter/kicker Louie Sakoda (Top VIII in 2009).

Dabritz, a 16-time All-American, is the only gymnast in NCAA history to score a perfect 10.0 on the uneven bars in both the NCAA semifinals and Super Six. Winner of the AAI Award for Senior Gymnast of the Year, a team captain and three-time Utah MVP, she led Utah to back-to-back Pac-12 championships and captured six individual Pac-12 titles. She won every major Pac-12 award during her career: Gymnast of the Year, Specialist of the Year, Freshman of the Year and Scholar-Athlete of the Year. Dabritz also earned Capital One Academic All-America honors. She made three Pac-12 All-Academic teams and earned a 4.0 GPA her last semester.

The number of plans offered in Utah through the marketplace has declined in the lead up to the Nov. 1 start of an open enrollment period. Arches Health Plan recently closed its doors.  BridgeSpan Health and Altius Health Plans have exited the marketplace in Utah. 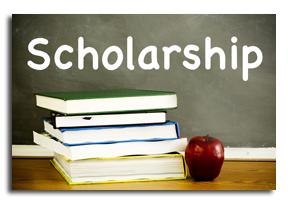 The University of Utah Staff Council is pleased to announce that applications are now being accepted for staff development scholarships for the Spring Semester 2016.

The committee will process the scholarship applications based on the University of Utah Staff Council evaluation criteria.

**Incomplete applications will not be considered.

The Early Career Teaching Award recognizes up to four outstanding faculty at an early stage in their careers at the University of Utah. To be eligible, a faculty member must have completed at least three full years but fewer than eight years of service at the university and must be tenure-line or career-line faculty.

Each recipient will also receive $2,500. These awards will be announced in March 2016.

The Hatch Prize recognizes an outstanding and longstanding service by a teacher from Tenure-line faculty ranks. The recipient of the Hatch Prize will receive $5,000. The award will be announced in March 2016.

Utah is wildlife country, home to bats, black bears, cougars, coyote, moose, mule deer, snakes and more. Be wild aware by learning how to prevent conflicts with wildlife found near the University. Since the campus extends into the northeastern foothills, pay attention when walking the grounds at dawn and dusk when wildlife is most active.

This fall, mule deer have begun to travel down from their high mountain habitats to winter feeding grounds in the valleys. Watch for wildlife crossing the roads and parking lots. If you enjoy hiking in the foothills around the campus you may be lucky enough to spot a coyote on the hunt or see a herd of mule deer grazing.

Cougars, also known as mountain lions, are found throughout Utah and mainly prey on mule deer. Cougars will follow deer along their migration routes into the valleys. It is not uncommon to spot a cougar near campus. Always observe wildlife from a safe distance. For more wildlife safety information, visit wildawareutah.org. To schedule a presentation on wildlife awareness for your employees or students, send an email to info@wildawareutah.org.