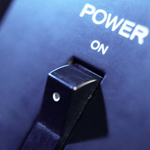 The new plan is an improvement from the existing procedures. Previously, departments were notified 72 hours prior to a planned outage. The new process provides each area a detailed plan 90 days prior to outages.  Facilities will provide every building a copy of the overall planned outages with expected date ranges, frequency of the outage and total duration. Most buildings will experience a single outage of eight hours or less. Facilities is scheduling the outage for a time that minimizes the impact on housing, business, education, research and patient care.  Outages can be requested for all hours including over night and weekends.  Detailed plans will be available on the Facilities website in the next few weeks.

If you were unable to attend the meeting or have questions contact Brendon Norris, Facilities coordinator, for more information.

CAMPUS PHISING SCAMS AND HOW TO PROTECT YOURSELF

The University of Utah’s reputation as an exceptional source for health care, research and education makes it an attractive option for tens of thousands of patients, faculty, staff and students. It also makes it a popular target for hackers and scam artists.

Last week a phishing attack went out through campus email pretending to be a document from a trusted source. The University’s Information Security Office and UMail team acted quickly to remove the emails and prevent anyone on the university from being snared. But with the speed of email delivery, a handful of people were able to open the email before the security team could remove them.

More than 80 percent of the email intended for university addresses is blocked by UMail filters or flagged as potential spam. That means hundreds of millions of dangerous or unwanted messages a year never even get to your inbox. However, every so often one sneaks through, and it’s important to be cautious to avoid the consequences.

If you get an email, even from a trusted source — especially one that contains an attachment or a link asking you to log in to something, and you were not expecting it, take the following action before doing anything else:

Sometimes even vigilant people can’t recognize a good phish. If you’ve fallen for a phish, it’s important to act quickly to mitigate any potential harm.

Alerting the Help Desk will help ensure fewer people will get the same email and will alert the security team to look for signs your account or machine may have been compromised. Never feel afraid to contact the Help Desk or Information Security Office. After all, they are there to protect you and the university.

You hear people complain about the current state of journalism: polarized reporting, personal agendas, snarky comment sections. But if you think it’s bad these days, consider the 19th century competition between Deseret News and The Salt Lake Tribune. At least there aren’t brass knuckles involved anymore. 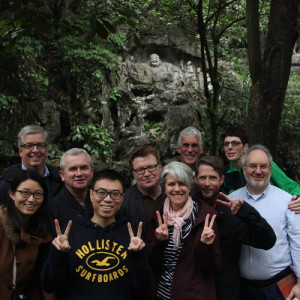 Assistant Dean in the College of Fine Arts and Executive Director of Kingsbury Hall Brooke Horejsi visited China as a guest of the Chinese Ministry of Culture to view professional performance and visual arts and engage in conversation about arts administration on an international stage.

Find out how she is impacting arts in our community and across the globe.

Read the full story on The Finer Points. 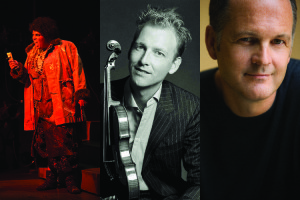 Congratulations to the Department of Theatre’s production of “The Threepenny Opera” and School of Music faculty members Barlow Bradford and Hasse Borup for being included in Salt Lake Magazine’s Top Ten Classical Performances of 2014. This means the College of Fine Arts snagged three of the top 10 spots-not bad at all.

CALL FOR NOMINATIONS: IVORY PRIZE FOR EXCELLENCE IN STUDENT LEADERSHIP

Former chair of the University of Utah Board of Trustees Clark Ivory established the U’s most prestigious student award last year, the Ivory Prize for Excellence in Student Leadership. Nominations are now being accepted for the 2015 award.

In an effort to enhance the undergraduate experience and encourage student involvement and leadership, the prize recognizes one to two students each year with a $2,000 prize along with a $10,000 donation to the recipient’s cause. The prize recognizes students for demonstrating a positive influence on student success and/or fostering efforts that have enabled meaningful change.

Nominations are due by March 2 and should include a completed nomination form, a nomination letter up to two pages in length and up to two letters of support. Awardees can be currently enrolled undergraduate or graduate students or those who have graduated within the past five years.

Mountain lions, moose and bears, oh my! In the University of Utah’s own backyard lies Red Butte Canyon, the most pristine ecosystem along Utah’s Wasatch Front filled with a variety of wildlife species. Managed by the U.S. Forest Service and designated as a Research Natural Area, Red Butte is restricted to all except those who use the area for scientific studies. Members of the U’s Biodiversity and Conservation Ecology Lab are some of those who have exclusive access to study the area and the animals in it.

University of Utah professor Çağan Şekercioğlu (pronounced Cha-awn Shay-care-gee-oh-loo) heads a lab that conducts field research all over the world, including Turkey, Ethiopia and Costa Rica. His projects all have one common goal: to study how humans and other species interact.

Inspired by the use of camera traps in his project in eastern Turkey and fueled with a desire to conduct research locally, Şekercioğlu purchased three camera traps for use in Red Butte Canyon in 2012. Supported by crowdsourcing and a grant from the Friends of Red Butte Creek, the project has expanded to 17 cameras that survey the mammals of Red Butte Canyon in a systematic grid. Şekercioğlu’s efforts to involve the public in science and share his findings through social media (instagram.com/natgeoexplorer) has won him the U’s Inaugural Citizen Science Award.