[bs_row class=”row”][bs_col class=”col-sm-8″] NEW TECH TREATMENTS FOR EPILEPSY EDGE CLOSER TO A CURE For centuries epilepsy was a mystery. Individuals who suffered from seizures were thought to be either agents of God — or possessed by demons. Even in the 20th century, people with epilepsy faced a lot of misunderstanding and stigma around their condition. While […]
Janelle Hanson

NEW TECH TREATMENTS FOR EPILEPSY EDGE CLOSER TO A CURE

For centuries epilepsy was a mystery. Individuals who suffered from seizures were thought to be either agents of God — or possessed by demons. Even in the 20th century, people with epilepsy faced a lot of misunderstanding and stigma around their condition. While the development of new medications and surgical options have helped seizure sufferers regain control of their lives, one-third (or nearly 1 million people in the U.S. alone) have drug resistant seizures. But change has come. Within the past 10 years, the use of advanced technology to monitor and even control seizures is making freedom from seizures a reality. 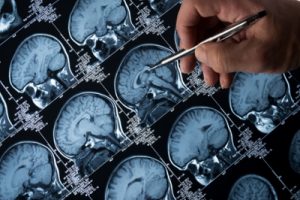 Today, tracking seizure activity is easy and affordable thanks to wearable digital technology.  A recent study of wearable seizure detectors indicated these devices could help prevent sudden unexpected death in epilepsy, the most common cause of death among people with uncontrolled seizures. Wearables also allow users to set medication reminders and even transmit health data to their doctors.

While detecting seizures is helpful, ending seizures is the goal for Director of Epilepsy Surgery and Director of Stereotactic and Functional Neurosurgery, neurosurgeon and neuroscientist, John Rolston, M.D., Ph.D. He’s among a handful of specialists who are pioneering new and more effective treatment for people with drug-resistant epilepsy.

“Someone who has failed two anti-seizure drugs should be sent to a comprehensive epilepsy center for evaluation for surgery,” he says. “But the average time for that person who is diagnosed with drug-resistant epilepsy to be evaluated for surgery is 20 years.”

One cause for the delay is difficulty pin-pointing the source of seizures. Rolston aims to change that. The treatments he uses sound like the stuff of science fiction: stereo-electroencephalography (SEEG), laser ablation, and responsive neurostimulation. Indeed, these advancements give neurosurgeons non-invasive tools to target the source of seizures deep within the brain.

“We have to find out exactly where the seizures are coming from before we can address their cause,” Rolston says. “SEEG is a diagnostic tool that can help patients consider surgery when that’s the best option.” Thin electrodes placed in the head gather intel on the brains activity to pinpoint the origin of seizures.

Once the origin of the seizures is identified, laser ablation provides a safer, less-invasive option to larger brain surgeries. “The wire-thin laser targets the tissue where the seizures originate,” Rolston says. “The early results look very promising with limited side effects and about a 50 percent success rate to cure epilepsy.”

For others, controlling the sources of seizures through neurostimulation may be a viable option. Electrodes attracted to a computer processor are implanted in the brain to monitor seizure activity and deliver electrical pulses that eliminate or reduce seizures. Clinical trials have shown this device can ultimately reduce seizures by 70-80 percent.

From detection to elimination of seizures, epilepsy patients should talk to their doctors about the most effective path of treatment. “Compared to ten years ago, there are so many more options that are safer and more effective than they used to be,” Rolston says. “Epilepsy doesn’t have to hold you back.”[/bs_col][bs_col class=”col-sm-4″][bs_well size=”lg” ]

Splitting the Hairs of Balding and Hair Loss 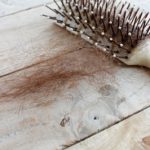 What do Dwayne Johnson, Patrick Stewart, Vin Diesel and LL Cool J have in common? They all have been listed as some of the world’s sexiest leading men, and they all sport a bald head. Although any of them could successfully represent a “Bald is Beautiful” campaign, most people facing hair loss are desperately seeking ways to salvage what strands are still connected to their head. 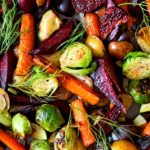 Roasted vegetables are both wonderful on their own or as a topper to salads, tacos and grain salads.

While easy to prepare, vegetables roast at different temperatures and/or durations so it is important to pair things wisely.