[bs_row class=”row”][bs_col class=”col-sm-8″] The Gift of Life: Living Kidney Donation By Libby Mitchell Selena Gomez gave fans a very personal glimpse into her life – and her friendship with actress Francia Raisa – when she announced that last year she received a kidney transplant involving an organ donated by her friend. Raisa decided to donate her […]
Janelle Hanson 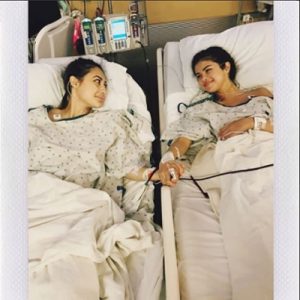 Selena Gomez gave fans a very personal glimpse into her life – and her friendship with actress Francia Raisa – when she announced that last year she received a kidney transplant involving an organ donated by her friend. Raisa decided to donate her kidney to Gomez to help the singer overcome complications from lupus and, in doing so, became one of the more than 5,000 people to donate a kidney this year.

However, the heroic actions of those donors, including Raisa, are still overshadowed by the number of people who die each year waiting for a lifesaving transplant. “There are more than 100,000 people waiting for a kidney transplant in the United States,” said Jeffery Campsen, M.D., a transplant surgeon with University of Utah Health. “The average wait for a kidney is more than three years.”

Numbers from the National Kidney Foundation show just how desperate the need is for living kidney donors. In 2014, just over 17,000 kidney transplants were performed in the U.S. – and less than one-third of those organs came from living donors. This is true despite the fact that the majority of living donors go on to have normal, healthy lives with one kidney. “After the surgery the remaining kidney grows in size to compensate,” said Campsen. “Donating a kidney does not increase the likelihood of kidney failure later, or impact life expectancy.”

You don’t need to know someone in need of a kidney transplant to donate an organ. If you are between the ages of 18 and 65 and in good health with normal kidney function, you can register to become a potential donor today. “Before you are chosen as a donor, you will undergo a battery of tests to evaluate your mental and physical health,” said Campsen. “We want to make sure that the donation is not only beneficial for the recipient but for the donor as well.”

A single “Good Samaritan” kidney donation can set in motion a number of transplant surgeries. In many cases, recipients may have someone willing to donate an organ to them, but that person is not a good match. Once a matching kidney is found, the mismatched donors can donate to another person on the transplant waiting list. “We have done several donor chain surgeries at the U,” said Campsen. “Our longest involved four living donors and their recipients.”

Living kidney donation not only doesn’t greatly impact the donor – it is also better for the recipient. In many cases, the living donor is a family member, which means a better genetic match and less risk of rejection. Living donor kidneys are also out of the body for a shorter period of time so they begin functioning immediately after transplant. A kidney from a deceased donor may take time to start working properly. “Living donors also make it easier to schedule the transplant surgery,” said Campsen. “Since we know where the kidney is coming from, we can plan a time that works for both donor and recipient.”

There are currently more than 323 million people in the U.S. Just over 100,000 of them need a kidney transplant. If less than 1 percent of the population would agree to be living donors, that need could be eliminated. “We don’t expect everyone to step up and say ‘take my kidney,’” said Campsen. “But we would like people to be aware of the need that is out there, and how easy it is to save a life.” 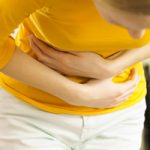 If you have abdominal pain immediately after eating, it might be an ulcer. On today’s Health Minute, Dr. Tom Miller explains the most common causes for ulcers and how they can be prevented and treatedstom 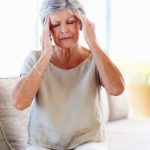 IS IT NORMAL TO HAVE FREQUENT HEADACHES?