[bs_row class=”row”][bs_col class=”col-sm-8″] The Famous Faces of Learning Disorders Children have an exciting and often enviable energy about them. How many times have we heard a parent say, “If I could just bottle some of that energy, I would get so much more accomplished during the day”? While it seems youngsters are more controlled by […]
Janelle Hanson

The Famous Faces of Learning Disorders

Children have an exciting and often enviable energy about them. How many times have we heard a parent say, “If I could just bottle some of that energy, I would get so much more accomplished during the day”? While it seems youngsters are more controlled by their behavior than the other way around, there may be more going on than just youthful energy. In many cases, it could be a child struggling with a learning disability.

The two most common forms of learning disabilities are dyslexia and attention deficit hyperactivity disorder (ADHD).  Dyslexia affects about 1 in 10 Americans, and (ADHD) appears in about 50 percent to 70 percent of school-aged children with a learning disability.

In Utah, studies show that 70 percent to 80 percent of people with poor reading skills likely suffer from dyslexia. It typically occurs in both males and females at the same rate. And 30 percent of children with dyslexia also have a mild form of ADHD.

Experts are learning more about these disorders, but recent research shows that brain chemistry and function play a role, as does genetics. “One thing that doesn’t influence learning disabilities is bad parenting,” says Cindy Gellner, M.D., a pediatrician with University of Utah Health. “This isn’t about being lazy or distracted; this is a brain disorder. Studies have found though, that a lack of sleep and a poor diet do in fact make symptoms worse.”

Being tired and hungry would make anyone struggle with concentration, but for a person struggling with a learning disability, it is nearly impossible. “Daily exercise is essential for getting the wiggles out and helping to create a better learning environment. Using a routine for meals, playtime, going to bed, chores, etc., also goes a long way to helping a child be at their best,” said Gellner.

Before children count themselves out of the running for success it’s helpful to know that Hollywood, businesses and professional sports arenas are filled with people just like them, who overcome their learning disability every day to become a leader in their field.

Here are 10 famous people who live with a learning disability:

This international action movie superstar and entrepreneur credits acting for helping him cope with dyslexia. And despite his problems with reading he developed a deep love of Shakespeare.

The lead singer of the multiplatinum band Maroon 5 and a co-host for the hit TV series “The Voice” has been very public about his struggles with ADHD. He has starred in a number of PSAs letting kids know they are not alone, and that having ADHD as an adult is not a bad thing.

While he is wowing audiences with his musical talents, he is living with obsessive-compulsive disorder and ADHD. He has spoken in several interviews about not letting his obsessive behaviors take over his life — which can be difficult in the high pressure world of entertainment.

As a pro on “Dancing with the Stars,” Smirnoff finds dancing a healthy outlet for her ADHD. She says the condition has actually helped her climb to the top of her field.

As an enduring international superstar for films like “Top Gun” and “Mission Impossible,” Cruise has lived with dyslexia since he was diagnosed as a child. He was previous honored by the National Mentoring Partnership for his work helping others with dyslexia.

It wasn’t until her son Chaz was diagnosed with dyslexia that Cher realized she may have the condition as well. Testing revealed she is not only dyslexic, but dyscalculic as well. Looking back she now says she wouldn’t want to not have dyslexia. She says it’s part of who she is.

This world-famous designer has dyslexia but it doesn’t stop him from designing one of the world’s most popular clothing lines. He says the condition helped him see things differently and design his unique style.

Despite having dyslexia, inventor and business leader Sorenson is one of the wealthiest men in Utah.

This internationally known Mexican actress says dyslexia is “part of her identity.” She says having to “figure out” things on her own has made her a stronger person.

He may not be a household name, but as the founder of IKEA, you likely have some of his furniture in your home. His experience with dyslexia is one of the reasons the instructions for putting that furniture together are so visual.

The important thing to remember is that young people are not alone in their journey with a learning disability. As research develops innovative training techniques, programs and resources to help people better cope with learning disabilities, the message for those struggling is hopeful and the role models of those sharing that journey are plentiful.[/bs_col][bs_col class=”col-sm-4″][bs_well size=”lg” ] 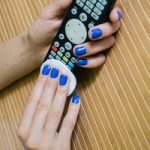 5 Germy Everyday Items You Should — and Shouldn’t — Worry About

Some common items in your home are germ magnets: remote controls, phones, makeup brushes. But can they actually make you sick? Which ones are actual concerns, and which are overreactions? On today’s “Health Minute,” Dr. Kirtly Paker Jones gives the breakdown of five everyday germy items. 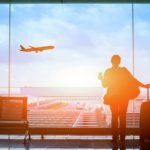 If you’re like most people, your to-do list before a summer trip already feels long enough — but it might be worth adding on just one more item. Even the best-planned trip abroad can be ruined if you have to spend it stuck in a hotel bed feeling crummy. And getting sick abroad can be more than just disappointing. Diseases like Zika, malaria and yellow fever can have effects that last long after you get back home.